HE may be 37 but Robbie Keane has shown he still has a great touch after he scored in tonight’s Soccer Aid charity match.

The Dubliner, who is currently player/manager of Indian Super League team ATK, sparked a comeback for the World XI team against England at Old Trafford.

After bundling the ball past David Seaman, Keane rolled home to halve the deficit after goals from Darren Bent and football freestyler Jeremy Lynch.

Touch! Robbie Keane escapes from Brown and bundles the ball past Seaman and over the line pic.twitter.com/aPbKjxQgWA

Alas, there was no tradmark cartwheel celebration so maybe he is showing some signs of age.

Former professionals Juan Sebastian Veron and Clarence Seedorf put the World XI 3-2 up in the second half only for a late Michael Owen goal to force penalties.

Irishman and former Westlife star Nicky Byrne – who was once on the books of Leeds United – missed his penalty but made amends by denying presenter Paddy McGuinness. 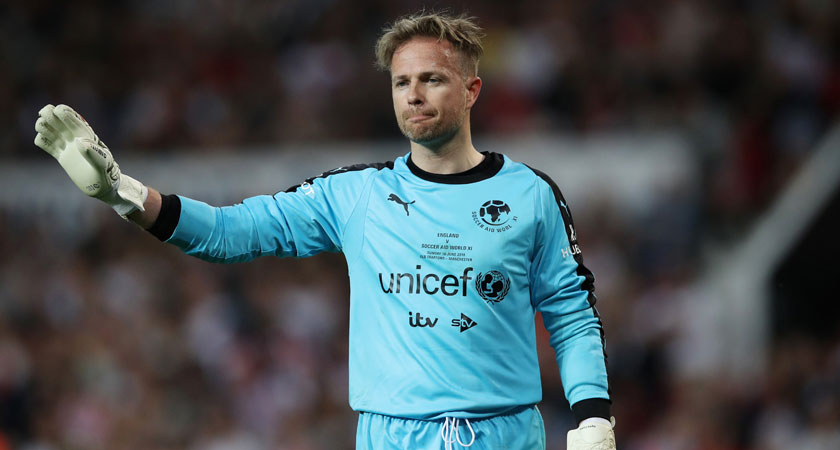 It was a mixed night for Nicky Byrne (Image: Getty)

However with Keane off, the World XI came up short in sudden death, Inbetweeners star Blake Harrison scoring the decisive spot kick.

Mrs Brown’s Boys star Danny O’Carroll, who plays Buster Brady on the sitcom, was the other Irish representative on the World XI side.