RONAN KEATING has revealed he was "frightened for his life" by thugs who wanted to "beat the sh*t" out of the band members during the early years with the group.

Keating spoke of how the group were performing the nightclub circuit around Ireland during their first year of fame where things nearly turned very ugly.

"We were having sh*t thrown at us, lads wanting to beat the sh*t out of us and girls wanting to jump up to kiss and hug us on stage," he told the Irish Sun.

"One night, Duster [Keith] had to grab Stephen and me and drag us through the dancefloor because the lads were trying to punch the heads off us."

"It was crazy. You’d be frightened for your life." 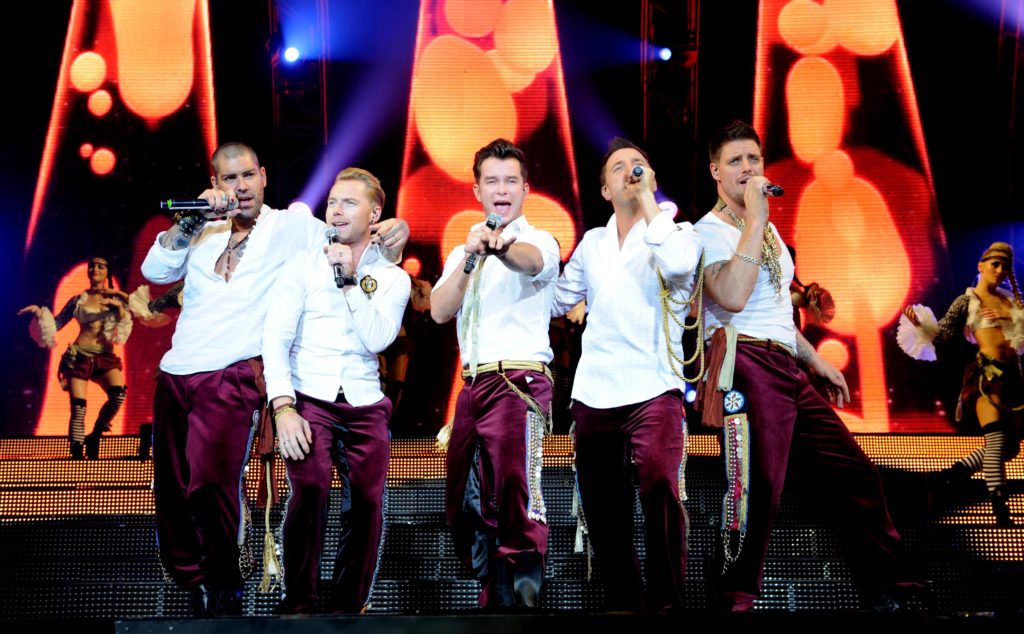 During what is likely to be their last official interview as a group ahead of their final show in London on Friday, the boyband admitted that the perception of groups like theirs was misguided and that during their heyday, they would be putting rockstars to shame with their late-night antics.

"The perception of rock stars is that they’re all about sex, drugs and rock ’n’ roll, and a boyband is all pretty boys, who are squeaky clean. That was completely f***ing wrong. We were more honest," said fellow Boyzone star Keith Duffy.

"If you look at a rock band, they’ve got long hair that’s permed - how are they cooler than us?

"We had shaved heads and were in the bar until six o’clock in the morning."

Ronan then butts in by telling Keith: "I’m sure you put a few rock stars to bed over the years and stayed up afterwards."

Having spent over a quarter-of-a-century together, the group payed tribute to former member Stephen Gateley, and thanked their fans for all the support they've received down the years.

"We’ve never worked a day in our lives in Boyzone. It’s been the absolute dream," said Ronan.

"Apart from anything else, these last shows are a massive thank you to everybody that supported Boyzone for 26 years.

"It’s been beautiful and brilliant. I hope we leave everybody with great memories."