ROY KEANE enjoyed many memorable nights with Manchester United, but Wednesday, April 21, 1999 probably ranks as the best and, on a personal level, probably the worst.

It was the night Keane almost singlehandedly dragged United to their first European Cup final in 31 years with a commanding and dogged performance that came at a  cost.

Facing off against a Juventus side that had reached the previous three finals of the Champions League, the Bianconeri had the advantage after a 1-1 draw at Old Trafford.

On a barmy night in Turin, Sir Alex Ferguson’s side got off to a terrible start, with two goals from Filippo Inzaghi in the first 11 minutes giving the Old Lady of Italy a seemingly unassailable lead.

But Keane’s refusal to lie down and die set the tone and tempo for what followed.

The Irishman was everywhere; tackling with aplomb, breaking down Juventus attacks and instigating much of United’s own forward play. 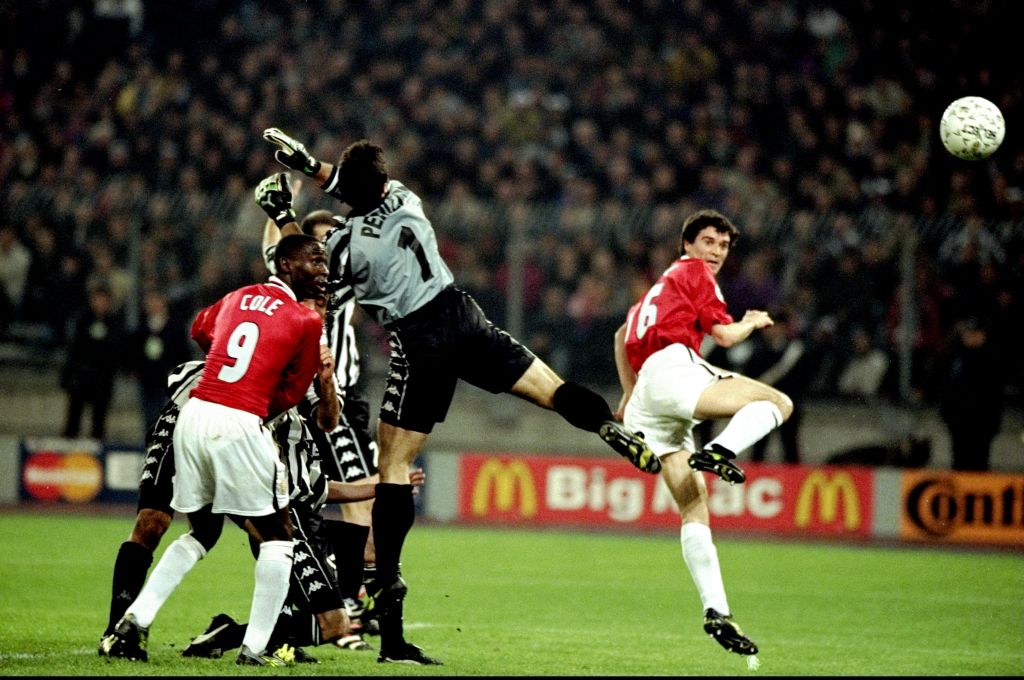 It was a performance that showed exactly why Keane ranked among the Premier League’s greatest players and was one punctuated with a goal, via a glancing header from a corner on 24 minutes that reduced the deficit to 2-1 and had Manchester United dreaming of the unthinkable.

The goal and Keane’s all-action performance provided the platform for the likes of Andy Cole, Dwight Yorke and the Class of ’92 to shine.

Cooler heads may prevail in the long-run, but Keane’s red-blooded display was the jolt his teammates needed to overcome their early failings and find their footing in the game.

A goal from Yorke, just 10 minutes after Keane's header, put United back in control and crucially ahead of away goals but by then Irishman had paid a hefty price.

Minutes earlier, a misplaced pass from Jesper Blomqvist near the centre circle had left the Irishman with an agonising split-second choice: let the onrushing Zinedine Zidane escape with the ball or bring him down and prevent a breakaway Juve attack.

He chose the latter, bringing the Frenchman down and picking up a yellow card for his troubles and a suspension for the final in the process. 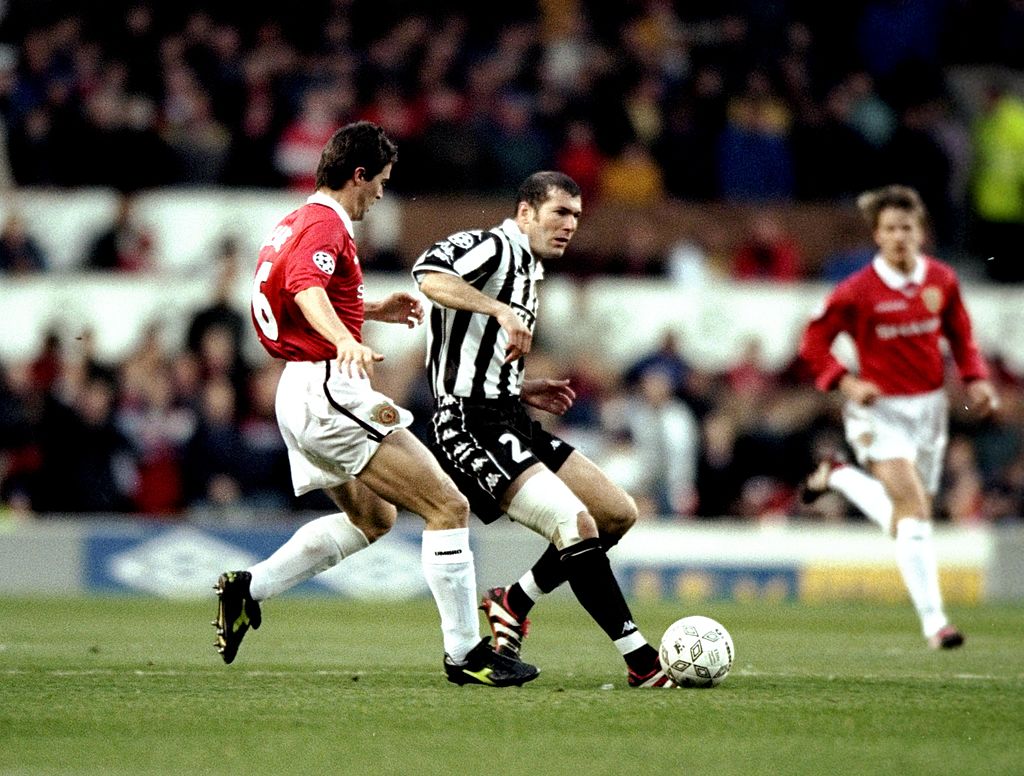 Zidane may have gone down easily under what was, admittedly, a full-blooded challenge but it was Blomqvist who came in for Keane’s ire with Cole later recalling that the Irishman “didn’t speak to Jesper for about a month after that.”

But much like Paul Gascoigne  before for England in the very same stadium against Germany nine years, Keane fought on for his team.

Going up against Juventus’s very own midfield general, Edgar Davids, Keane had the measure of the Dutchman for the full 90 minutes.

A brilliant ball-winning display, Keane was undaunted by the yellow card earlier incurred, continuing to fight for every ball as if his life depended on it.

Unlike Blomqvist, his passing was near-perfect with the likes of David Beckham the main beneficiaries of an energised display.

Thankfully, his sacrificial efforts were not in vein either. 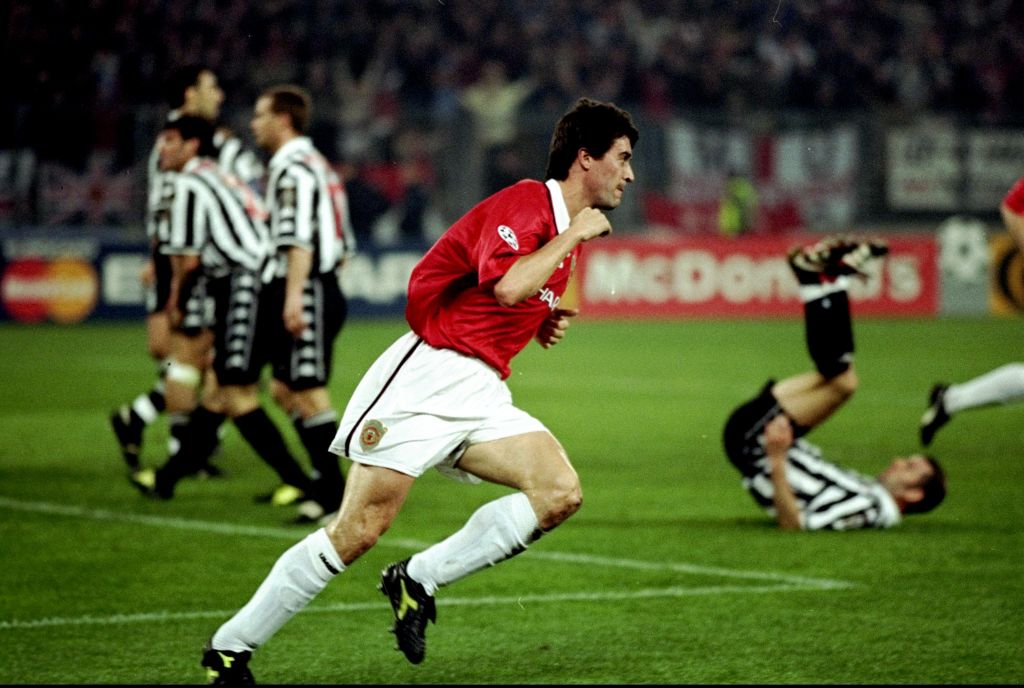 With six minutes remaining, Cole sealed United’s place in the final with a goal that put the Red Devils ahead on the night and left Juventus requiring two goals to advance.

United progressed while Keane’s place in the club’s folklore was ensured, albeit at a great personal cost.

Manchester United went on to beat Bayern Munich in a dramatic final.

To this day, Keane doesn’t consider himself a Champions League winner.

While it takes a brave man to disagree with the Irishman, most would make an exception in this instance.

Revisit Keane's all action performance from the night below: