RYANAIR chief executive Michael O'Leary has slipped off the Sunday Times Irish Rich List after his net worth dropped by almost €170 million.

Cork-born budget airline mogul O'Leary, 58, is now worth a paltry €865m after waving goodbye to €167m in the last year.

According to the Irish Times, O'Leary's slip in fortunes has likely been caused by the drop in Ryanair's share price over the last 12 months. 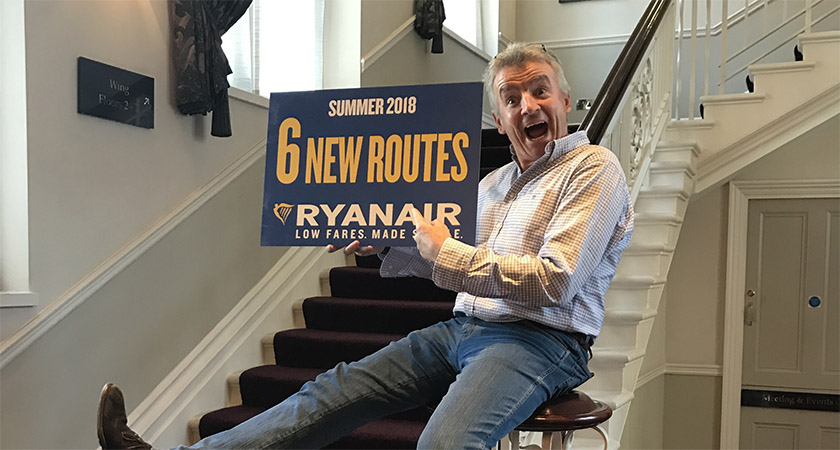 There was much better news for Limerick-born Collison brothers Patrick (30) and John (28), who moved up to second in the Irish wealth rankings after their fortune more than doubled to €5 billion thanks to the continued success of their online payments firm Stripe.

Retaining first place were retail giants the Weston family - owners of world-renowned businesses such as Penneys, Brown Thomas, Selfridges and Fortnum & Mason - with an eye-watering fortune of €11.932 billion.

The 2019 Irish Rich List consists of a record 17 billionaires, with the 300 richest people in Ireland enjoying a combined wealth of around €87 billion.

Check out the top 10 below:

8. The Dunne and Heffernan families - €1.784 billion (Retailing and property)