A RYANAIR flight from London to Belfast was delayed by two hours because cabin crew were unable to count the number of passengers on board, it has emerged.

The late-night flight was scheduled to depart Stansted Airport at 10pm on Sunday but didn't take off until midnight after staff encountered difficulties while trying to confirm how many travellers were on the plane.

According to the Belfast Telegraph, the Ryanair crew checked boarding passes on three separate occasions before the aircraft finally began its journey.

At one stage, staff resorted to reading out names to check who had boarded the plane in similar fashion to a school attendance register.

One passenger told the paper that the "chaotic scenes" occurred because "there were two people on the flight who couldn't be accounted for".

He added: "The flight attendants kept telling us that legally they couldn't take off until they had the correct number of passengers. 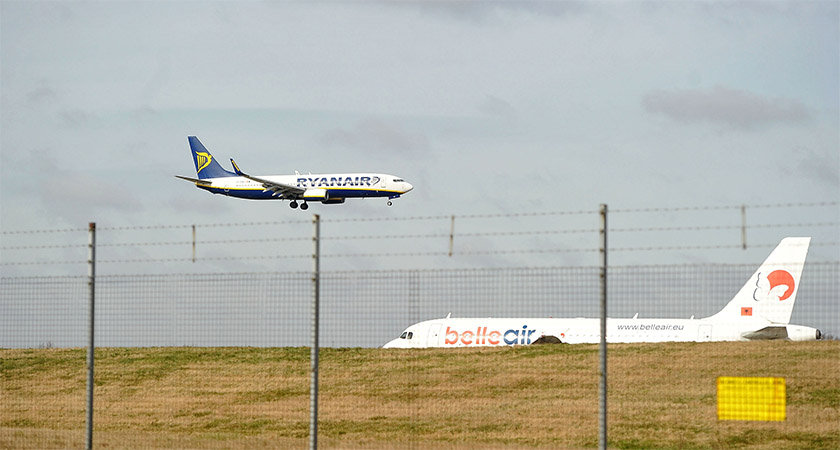 It comes after London Stansted was named as the worst UK airport for delays (Image: Getty)

"They came around and checked everyone's details three times. At one point 10 airport staff were in and out of the plane trying to verify passenger details.

"There was a lot of frustration on board amongst passengers and a few raised voices so it was quite tense at times as we couldn't see an end in sight.

"We did receive a verbal apology from the crew when we eventually got to take off and on landing in Belfast at 1.20am instead of 11.30pm.

"We were advised about the refund process if people wanted to explore that option. There was general discontent amongst the passengers particularly as public transport to and from the airport had finished by then."

In a statement, a Ryanair spokesperson said: "This flight from London Stansted to Belfast (26 May) was regrettably delayed ahead of take-off due to a minor technical issue, before departing to Belfast later that evening.

"Ryanair sincerely apologised to customers for the delay."

The news comes after London Stansted Airport was revealed to be the worst in Britain for delays, with the average flight out of the UK's fourth busiest airport departing 25 minutes later than scheduled last year.

The airport – which is Ryanair's largest base – was followed by Birmingham and London Luton (both 19 minutes) in the lateness stakes, according to Civil Aviation Authority (CAA) data obtained by the Press Association.