LONDON MAYOR SADIQ KHAN has insisted that the UK’s relationship with Ireland is now more important than ever due to the “centuries of close collaboration” between the two countries.

Speaking to The Irish Post on Tuesday, Khan said that London was “proud” of its Irish history and heritage and says the city has been improved by the benefits brought over by Irish immigrants.

“It’s really important to remind ourselves that we’ve had centuries of close collaboration,” said Khan.

“London is the most Irish city outside of Ireland. We’re very proud of our Irish heritage. We have the biggest St Patrick’s Day celebrations every year.

“It’s important to remind ourselves that one of the reasons, in my view, London is the greatest city in the world, is because of the economic, social and cultural benefits brought by immigrants from all around the world - and I include our friends from Ireland. 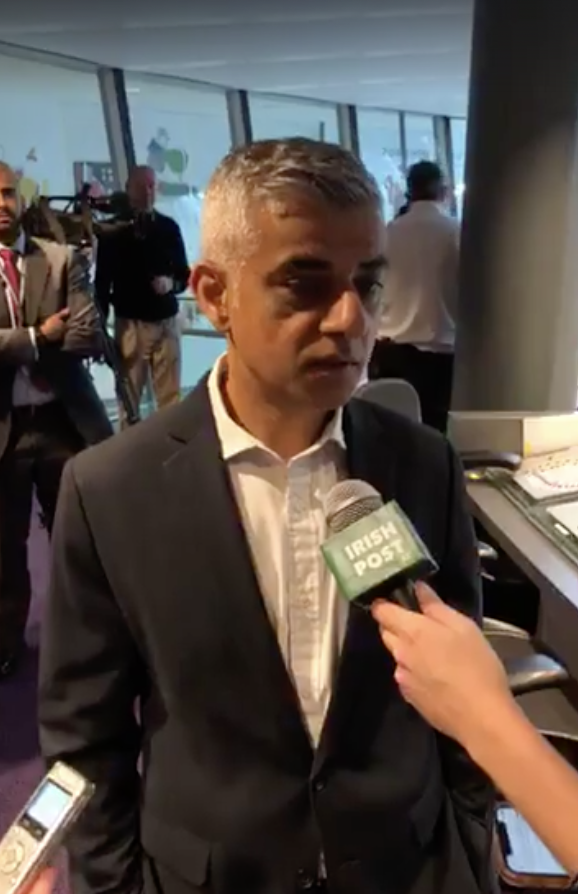 Sadqiq Khan speaking with The Irish Post on Tuesday

Khan was speaking at the European Mayor’s summit at London’s City Hall, where one of the main talking points was the growing issue of climate change, and the Mayor of London insisted the best way to tackle the problem - and others such as the issue of extremism - was for cities around the continent to work together.

“The air in our cities is a killer. It leads to premature deaths, it leads to a whole host of health issues; dementia, cancer, asthma, heart disease,” Khan stressed.

“We now have in London the most comprehensive air quality monitors of any city in the world. We’ve stopped buying diesel double-decker buses and stopped licensing diesel taxis and are moving them towards cleaner forms of vehicles; electric and hydrogen.

“We’re happy to share with other European cities what we’re doing … but similarly we’re happy to pinch ideas from what other cities are doing.

Khan went on to say that despite Brexit looming, “London is very much a European city and proud to have friends across Europe.”