WITH all the pop culture costumes and fancy dress, it’s easy to forget that Halloween has an ancient Celtic history.

Irish people have long celebrated Samhain, a direct predecessor to modern day Halloween, with evidence of Pagan celebrations going back over two millennia.

When Saint Patrick brought Christianity to Ireland in the 9th century, Samhain merged with All Saints’ Day to become the day we know and fear today.

Here are seven facts about the eerie Irish festival of darkness that spawned Halloween.

1. It invented the ‘zombie’

Thanks to the modern popularity of films and TV shows such as 28 Days Later and The Walking Dead, the modern concept of the ‘zombie’ is now familiar to us all.

But back before Christianity swept Ireland and did away with Paganism, it was Samhain which promoted scare stories about the ‘living dead’ first.

One tale from Samhain tells of a dead man returning from the underworld to burn people to death after lulling them to sleep.

According to the ancient ‘Book of Invasions’, each Samhain the people of one Irish village sacrificed two-thirds of their children, their corn and their milk to the supernatural Fomorians.

According to the later Dindsenchas and the Annals of the Four Masters - which were written by Christian monks - Samhain in ancient Ireland was associated with a god or idol called Crom Cruach.

The texts claim that a first-born child would be sacrificed at the stone idol of Crom Cruach every Samhain. They also say that Ireland’s high king Tigernmas, along with ¾ of his people, died while worshiping Crom Cruach there one Samhain. 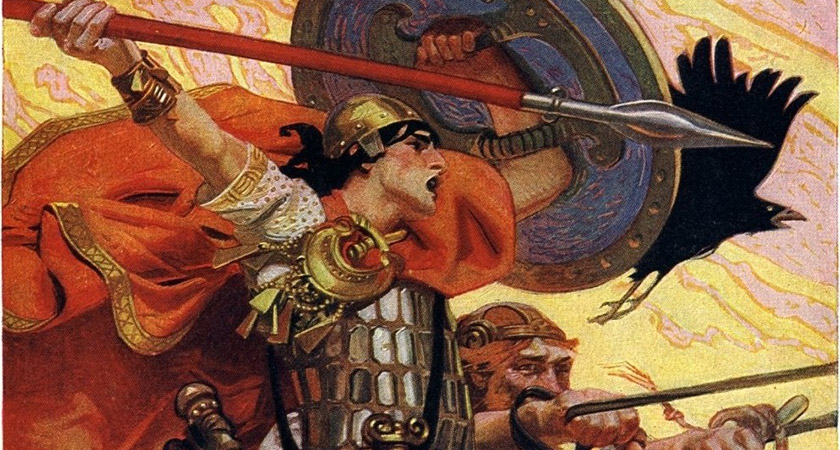 3. Human heads may have been the original pumpkins

The pumpkins we carve today date back to a much older custom, in which Irish people carved demonic faces into turnips to dispel evil spirits.

But before turnips, rutabagas and pumpkins became the popular canvas of choice, some say that Irish pagans used human heads instead.

Some believe that Celtic warriors would behead their enemy and mount their heads by their villages to protect themselves from evil.

4. It invented the Halloween costume

Ancient Irish people wore costumes and masks to disguise themselves as harmful spirits, the very spirits they were hoping to avoid.

The bones, skin and fur of slaughtered livestock were used to create creepy outfits the like of we still see today.

When they weren’t using the carcasses of livestock to wear, the pagans created huge bonfires to cook their animals in their droves. 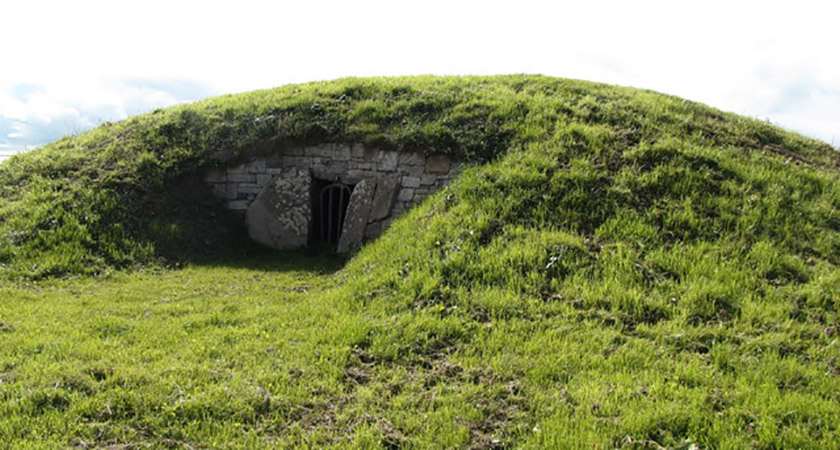 The Neolithic 'Mound of Hostages' in Co. Meath has long been associated with Samhain [Picture: Geography.ie]

5. It was stolen by Christianity

Christianity, wherever it has spread throughout the world, has often assimilated and incorporated local customs into its mythology – and Ireland was no different.

Christianity incorporated Samhain’s honouring of the dead into its own calendar with All Saints on November 1, followed by All Souls on November 2.

When large numbers of Irish people emigrated to the United States after the Great Famine in the 19th century, they carried their Christian-Pagan tradition with them, which lead to the popularity of Halloween in America today.

6. It invented the trick-or-treat

Guising - the act of going from door to door in disguise - was practiced as part of Samhain throughout Ireland, Scotland, mann and Wales from at least the 1500s.

In Ireland in the 19th century, it was tradition for a man covered in a white sheet and carrying a decorated horse skull to lead a group of youths, blowing on cow horns, from farm to farm.

The concept of moving from place to place dressed as a demonic being eventually evolved into the modern trick-or-treat, in which revellers dress up and go from house to house in search of treats. 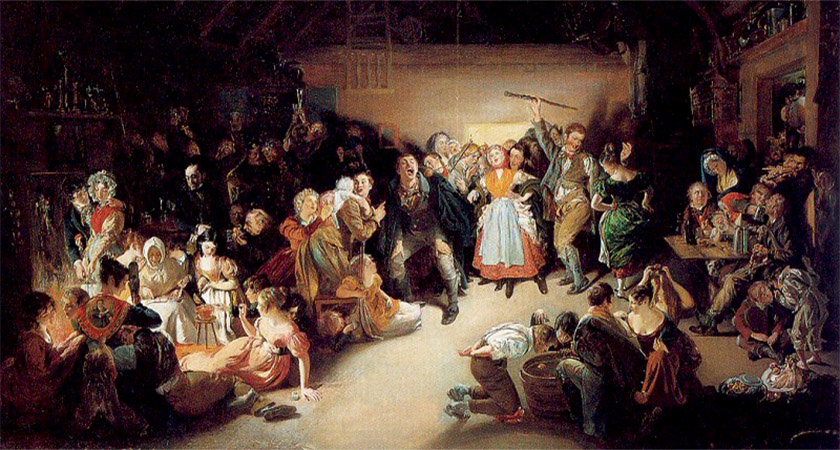 Many ‘Neopagans’ today emulate the historic customs of Samhain, and attempt to reconstruct festivities as accurately as possible – within reason.

This often involves praising the dead at a small shrine, where a meal is placed down as a means of inviting the dead to dinner.

Deathly songs, poems and dances are performed before candles are left burning to guide the dead home.

Creepy enough for you?