A SEARCH is under way for the family of a World War One soldier after a war medal was dug up in Newcastle.

Buried in the ground, the Victory Medal was unearthed by engineers working for the Irish construction company McNicholas.

The medal was given out during the Great War and remains in good condition.

McNicholas were put in contact with the Imperial War Museum, who advised they speak to the National Archive.

They were able to find a record for an Ansele J Gifford of the West Yorkshire Regiment, but unfortunately no other information could be found.

Now, staff are reaching out in the hope of tracking down the Ansele J Gifford’s family and returning his medal to them. 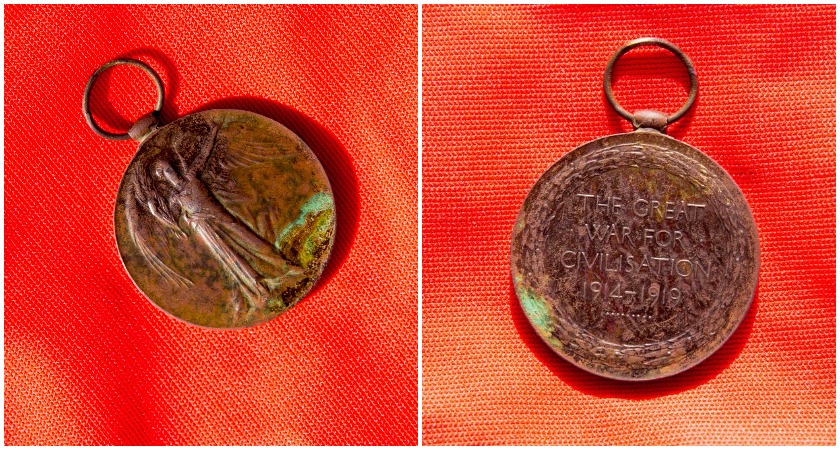 The artefact was found during routine engineering work. Picture: Facebook/McNicholas

“If it belonged to a family member, or you have any information that will help us find its rightful home, then please contact us.”

The Victory Medal was issued as part of a set to those who had already received the British War Medal, along with the 1914-15 Star.

The three medals collectively were often referred to by veterans as ‘Pip, Squeak and Wilfred’.

The medal found in Newcastle shows the winged figure of 'Victory' on the front, while the reverse reads 'The Great War for Civilisation 1914 – 1919'.

If in two weeks the medal's owner cannot be found, then it will be given to The Prince of Wales's Own Regiment of Yorkshire, based at York Army Museum, so it can be displayed proudly in their museum.

The West Yorkshire Regiment raised 35 Battalions for the Great War and was awarded 57 Battle Honours and 4 Victoria Crosses, losing 12,700 men during the course of the conflict.