THE GOVERNMENT have been forced to place security at one of Ireland's vital historic archaeological sites after a series of vandalism issues.

From today, security will patrol the the Neolithic burial monument at Loughcrew in Oldcastle, County Meath, after several reports of vandalism and anti-social behaviour in recent weeks.

The Office of Public Works (OPW) and the National Monuments Service (NMS) are "deeply dismayed" by the constant acts of vandalism at the 5,200 year old site, most recently the scratching of graffiti into the various passage tombs.

The Neolithic monument is open year-round for people interested in learning about Ireland's ancient past, and security was not needed until now- the OPW and NMS are working with An Garda Síochána to gather evidence as to who could be responsible for the vandalism and attempt to bring them to justice.

The department is also investigating to determine any appropriate measures to mitigate the damage done to the important archaeological site. 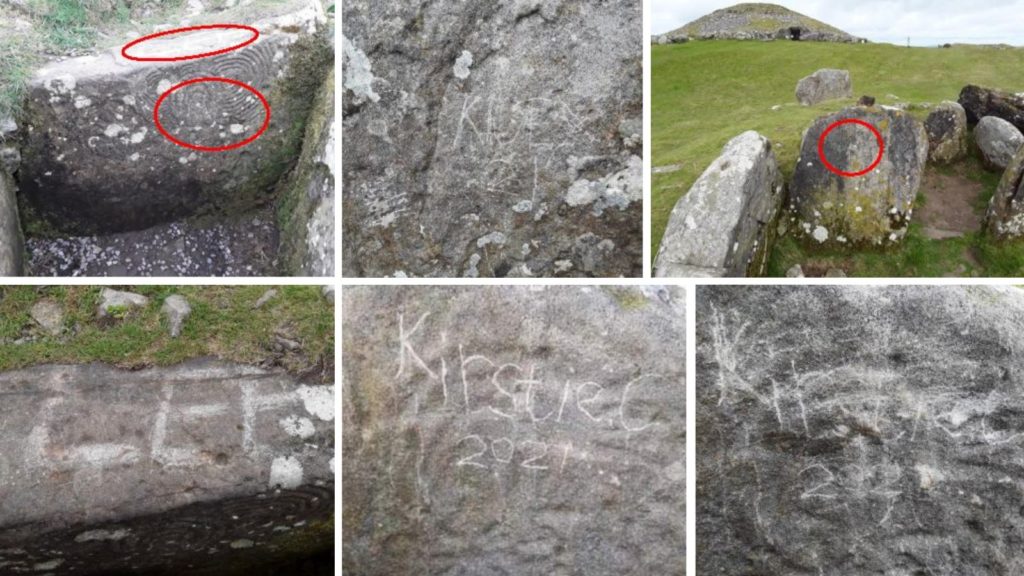 Names have been carved into the 5,000-year-old tombs

Minister Patrick O’Donovan, TD, Minister of State with responsibility for the Office of Public Works condemned the mindless vandalism in a statement.

"The Loughcrew cairns are passage tombs of great antiquity." the Minister said.

"They are part of our cultural inheritance and I am shocked that some of the ancient carved stones at this heritage site have been recklessly damaged by graffiti. I appeal to anybody with information in relation to this incident to contact the local Gardaí to help find the culprits."

He added: "Together with our colleagues in the National Monuments Service, we are preparing a campaign for the month of June to raise awareness of the significance and vulnerability of our beautiful monuments, which is vital to preserve them for future generations. 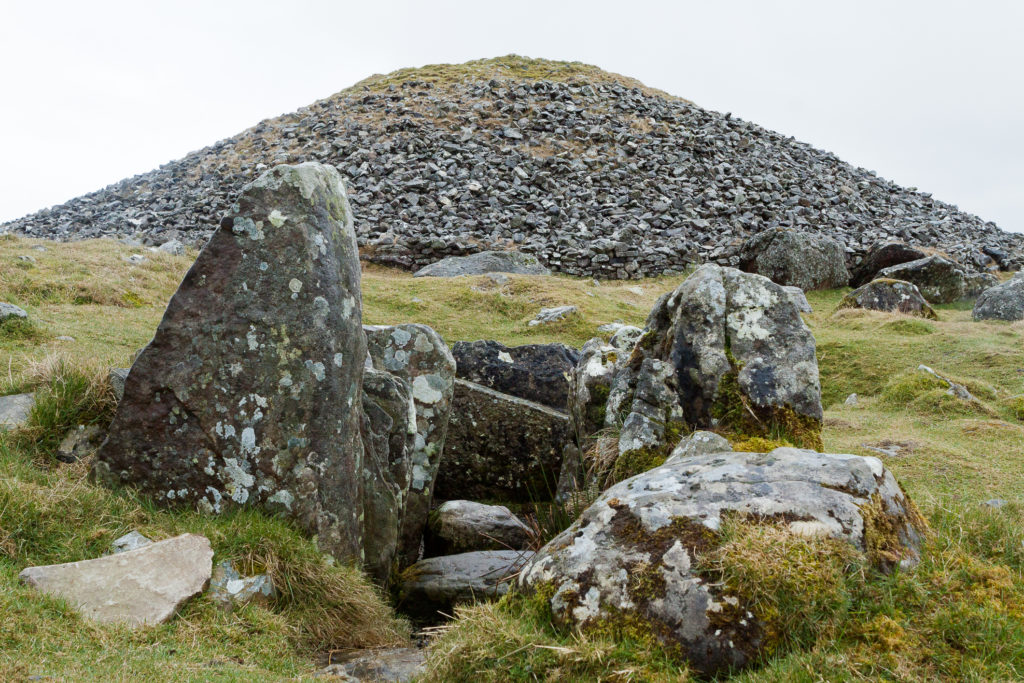 "I hope to have the opportunity to visit Loughcrew soon and to see for myself some of the most beautiful examples of Neolithic art in Ireland that can be found there."

Security will now patrol the hilltop each evening after a series of acts of mindless vandalism. In addition to the graffiti scratched into the passage tombs, vandals have also desecrated the visitor counter and guides' hilltop cabin, signage at the site has been removed and protective fencing torn down.

The OPW is continuing to encourage people to enjoy these protected outdoor heritage sites safely during the pandemic, as they acknowledge it is important for citizens' health and wellbeing in these difficult times.

Investigations into the acts of vandalism are continuing.