SINGER Shane MacGowan has thanked fans for their support after the tragic death of his mother in a car crash in Ireland.

Therese MacGowan died in Co. Tipperary when her car hit a wall at Ballintogher, near Nenagh in a single vehicle collision on New Year's Day.

It was the first fatality of 2017 on Irish roads.

Mrs MacGowan was pronounced dead at the scene and was removed to Limerick University Hospital, where a post mortem examination took place yesterday.

Speaking on behalf of The Pogues singer, his partner Victoria Mary Clarke tweeted that Shane thanked fans for their kind words.

#shanemacgowan would like to say thank you and God bless you to all the people who are offering kind words and condolences. It means a lot

People are being overwhelmingly lovely and kind, it is amazing. Thank you. 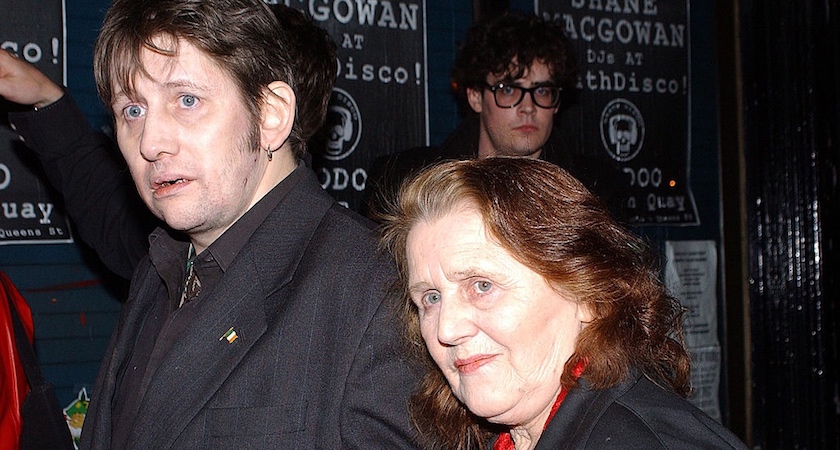 Therese MacGowan, an award-winning Feis Ceoil singer, was the mother of London Irish musician Shane MacGowan, who was born in Kent to the Tipperary native and her Dublin husband Maurice on Christmas Day 1957.

In 1996, Shane MacGowan told The Irish Post that The Pogues were heavily influenced by his mother and his upbringing in North Tipperary.

"I lived in North Tipperary until I was six [after the family moved Kent back from his birthplace in Kent], and I heard every kind of Irish music there was: rebel songs, céilí music and folk ballads.

"My mother, Therese MacGowan, is a great singer, anything from Sean Nós to the Everly Brothers, I was constantly surrounded by the music.

"And my Da, who is a Dub, was fanatical about the Dubliners. From an early age I was hooked."

In 2006, Shane told The Irish Post, he was also influenced by another Irish musical tradition - the showband.

He cited the most important song he has ever heard as Brendan Shine's Catch Me If You Can.

"It was always being sung at home. And that was the blueprint for The Pogues. A moronic driving snare beat, and a crazed accordion and banjo on top of it.

"Basically that was our sound in the band. And I loved the lyrics; a randy old farmer from Bearna off to Lisdoonvarna in search of rich lonely ladies out for sport and maybe marriage. Pure céilí-billy, that's what it was. The Pogues were simply a latter day céilí band."

But that céilí band of Shane MacGowan's turned Irish music on its head.

His fusing together of rebel songs and punk music struck a chord with the Irish Diaspora around the world, and as a by product introduced Irish music to millions of non-Irish people.