IN AN act aimed at combating hate with declarations of love, LGBT couples in Dublin yesterday staged a 'kissing protest' outside the gates of the Dáil.

The protest, aptly titled 'Shift The Hate Away', took place in order to demand that the Irish government introduce hate crime legislation to protect LGBT+ people from homophobic attacks.

Ireland is one of the only EU countries without such legislation, meaning there are no national statistics on hate crime, attacks or discrimination.

Ireland legalised same-sex marriage via referendum in 2015, but it is naive to think that homophobia no longer exists in the country. 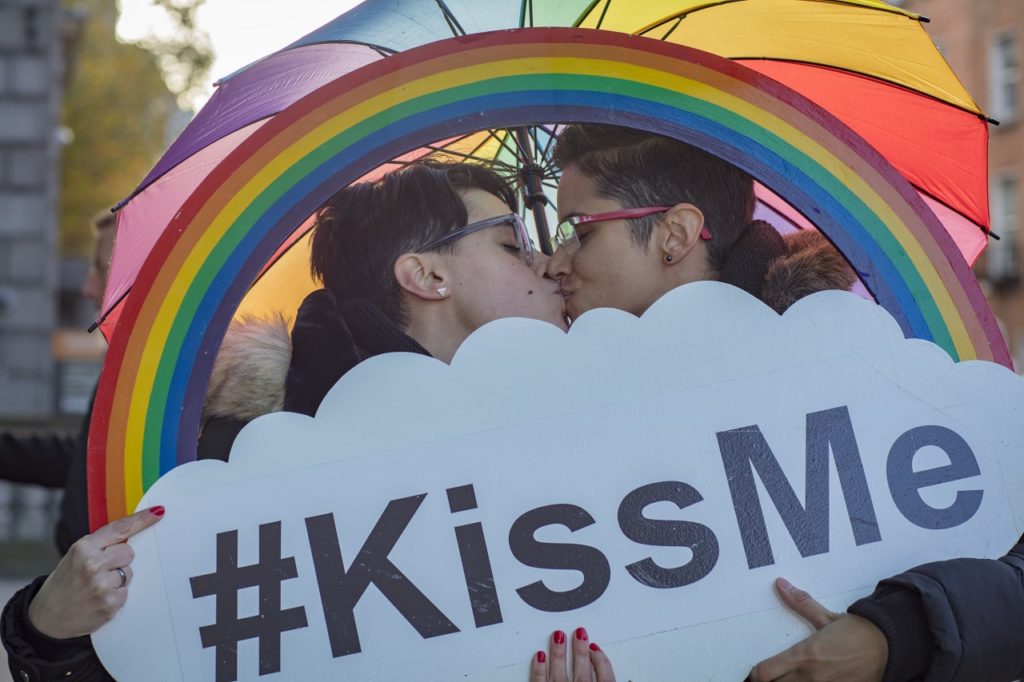 The protest comes after several high-profile cases of homophobic attacks in Ireland-- just a few weeks ago, a Dublin man who was led to believe he was meeting a man for a date was instead attacked by a group of teenagers.

And in September, a young man was battered by steel bars by a group of people after he kissed his boyfriend in public.

The protesters gathered outside the gates of the government building raising rainbow flags, hugging, kissing and holding hands to remind the government that there are no laws in place to protect them from potential harm just for showing affection. 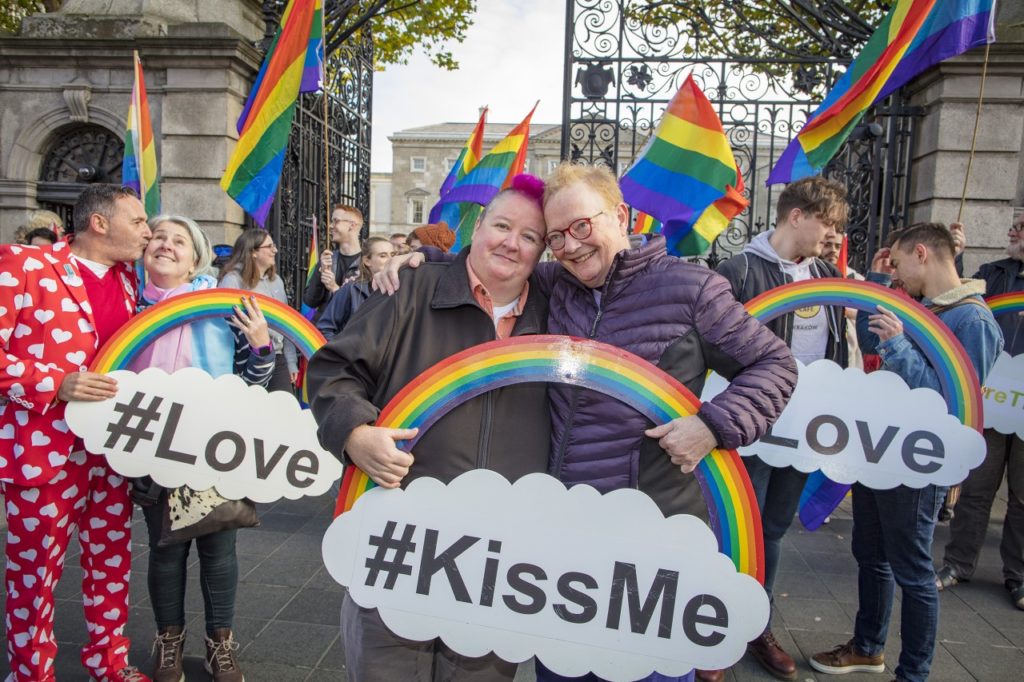 'Shift The Hate Away' was led by Eddie McGuinness, the organiser of the annual Dublin Pride festival and who himself was a victim of a homophobic attack several years ago.

Speaking to Irish outlet The Journal Mr McGuinness spoke of the fear that LGBT+ couples still feel in Ireland.

“Hate crime is a fact. Hate crime is not going away,” Mr McGuinness said, encouraging anyone who is subject to physical or verbal homophobic abuse to report it to Gardaí.

Speaking to us here at The Irish Post, Mr McGuinness said of the Kissing Protest:

“It’s not just about the LGBT community but the wider community too.

"Affection is affection whoever you are. We are a nation of people who love, and why not show that with a simple kiss here today?” 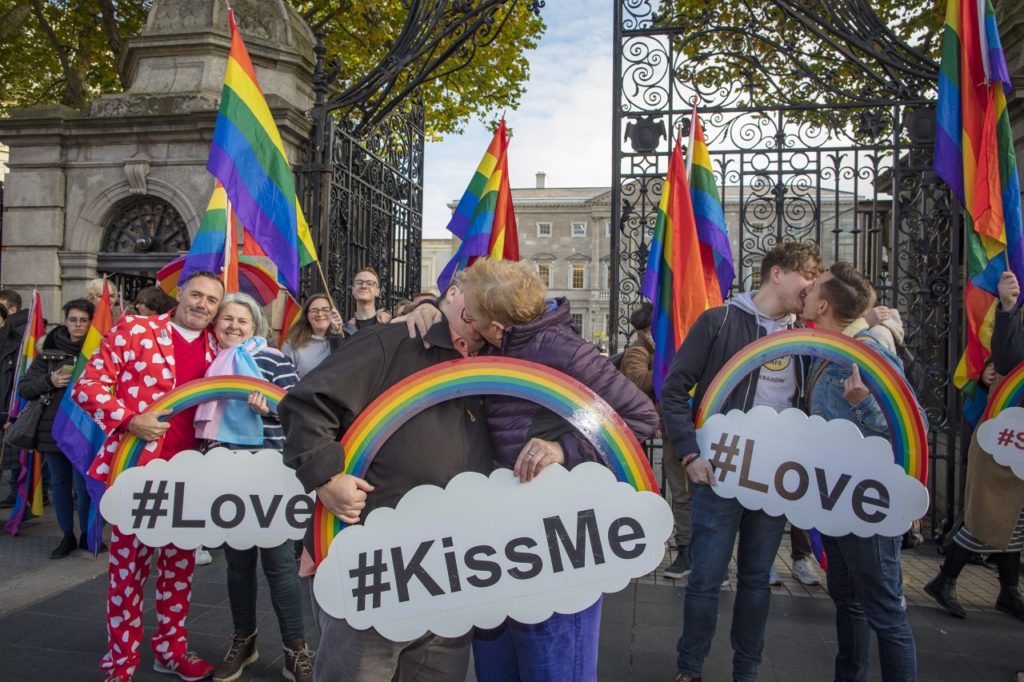 (Photo: Eddie McGuinness)
"Violence against the LGBTI+ community is on the rise in Dublin," Mr McGuinness said. "Despite social gains through Marriage Equality and the Gender Recognition Act, and the recent anti-homophobia, biphobia and transphobia campaign called #CallItOut, incidences of hate are increasing.
"This is an alarming new reality for Dublin’s world-famous LGBTI+ community."

Gardaí recently announced a new initiative where they will introduce a working definition of Hate Crime in order for police to properly investigate reports.

The initiative came after a high-profile case of racial abuse towards a couple and their young son after they appeared on a series of adverts for supermarket chain Lidl.