SHOCKING footage has emerged online of a man throwing a bicycle at a delivery rider in Dublin.

The footage, which was shared on the Ireland Subreddit, starts off showing a man dressed in black launching his bike at a Deliveroo driver.

The man then goes for the rider again but backs away when the rider confronts him, almost knocking another delivery rider off his bike as he retreats. 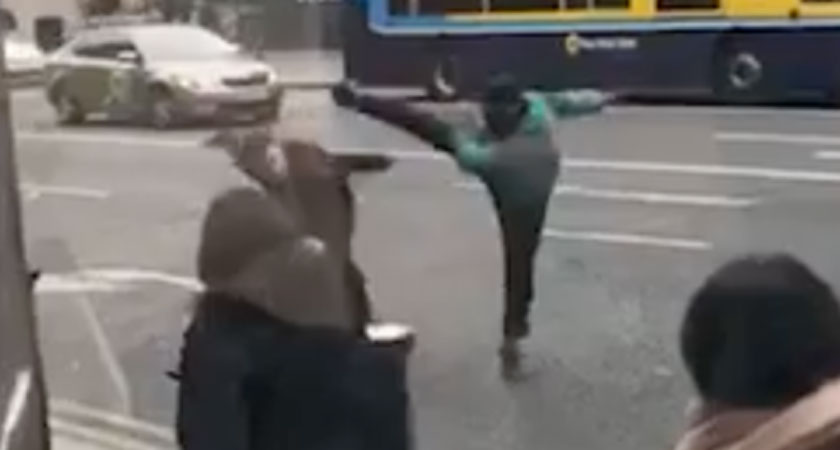 The pair continue to argue on Dame Street as traffic passes, before the rider aims a high kick at the man.

The incident ends with the delivery rider appearing to throw the man’s cycle into the road.

The full video is available to view on Reddit by clicking here.

Ireland’s weirdest and most wonderful Deliveroo orders have been revealed