'SIGNIFICANT quantities' of human remains have been found at the site of a former mother and baby home in Tuam, Co. Galway.

In 2012 Tuam historian Catherine Corless was working on a local history project when she began researching the St Mary’s Mother and Baby Home, a maternity home for unmarried mothers and their children.

In the course of her research, Corless obtained death certificates for 796 children that had died at the home.

But contrary to the number of death certs, there were only official burial records for two children.

The Mother and Baby Home Commission of Investigation released a statement about the findings of test excavations at the site this morning, March 3.

The Commission, which had carried out three test excavations at the site since 2015, said the first test had "identified a particular area of interest" after a number of anomalies were considered worthy of further investigation.  has completed its test excavation of the Tuam site.

One structure, the Commission said, appeared to be a "large sewage containment system, or a septic tank," which had been decommissioned and filled with rubble and covered with soil.

The second structure, however, is a long structure divided into 20 chambers, 17 of which contained "significant quantities of human remains."

The Commission said: "A small number of remains were recovered for the purpose of analysis.

"These remains involved a number of individuals with age-at-death ranges from approximately 35 foetal weeks to 2-3 years.

"Radiocarbon dating of the samples recovered suggest that the remains date from the timeframe relevant to the operation of the Mother and Baby Home." 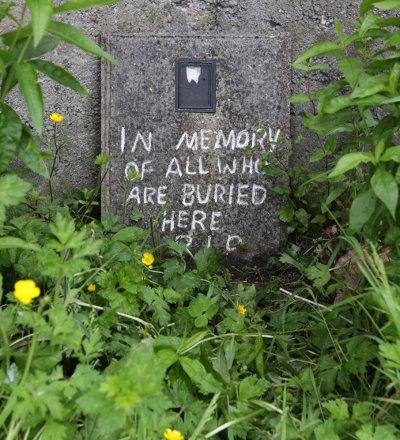 The Bon Secours Mother and Baby Home operated from 1925 to 1961, and the Commission said "a number of the samples are likely to date from the 1950s."

"The Commission is shocked by this discovery and is continuing its investigation into who was responsible for the disposal of human remains in this way," a statement said.

"Meanwhile, the Commission has asked that the relevant State authorities take responsibility for the appropriate treatment of the remains."

The Coroner has been informed and further scientific tests are being carried out.

Minister for Children and Youth Affairs Katharine Zappone said while it was "disturbing" it was not unexpected.

“This is very sad and disturbing news. It was not unexpected as there were claims about human remains on the site over the last number of years.

"Up to now we had rumours. Now we have confirmation that the remains are there, and that they date back to the time of the Mother and Baby Home, which operated in Tuam from 1925 to 1961.”

The Minister said her Department had brought together all of the key Departments and agencies to set out a way forward.

This will include post mortem practices and procedures, and reporting and burial arrangements for residents of Mother and Baby Homes.

The Coroner for North Galway will take the steps he deems necessary under his independent statutory functions.

The Minister also said there will be an information line for factual information, and a service for those who feel personally affected by the news.

“Today is about remembering and respecting the dignity of the children who lived their short lives in this Home," Minister Zappone added.

"We will honour their memory and make sure that we take the right actions now to treat their remains appropriately.”

Excavation of Tuam babies mass grave will begin in 2019