IRISH singer Sinead O’Connor, who recently converted to Islam, has said she no longer wants to spend time with ‘disgusting’ white people.

The Nothing Compares 2 U singer revealed last month that she had taken the name Shuhada' Davitt as part of her conversion.

Now she has taken to Twitter to say she never wants to spend ‘one moment’ with a white person.

“I’m terribly sorry. What I’m about to say is something so racist I never thought my soul could ever feel it,” she tweeted.

I'm terribly sorry. What I'm about to say is something so racist I never thought my soul could ever feel it. But truly I never wanna spend time with white people again (if that's what non-muslims are called). Not for one moment, for any reason. They are disgusting.

“But truly I never wanna spend time with white people again (if that’s what non-Muslims are called).

“Not for one moment, for any reason. They are disgusting.”

In a series of follow-up tweets, the singer – who was once ordained a priest – also took aim at the Catholic Church and accused US President Donald Trump of ‘spewing satanic filth’.

“Interesting to see if Twitter bans this when it allows people like Trump and Milbank spew the satanic filth upon even my country,” she posted in a follow-up to her first tweet. 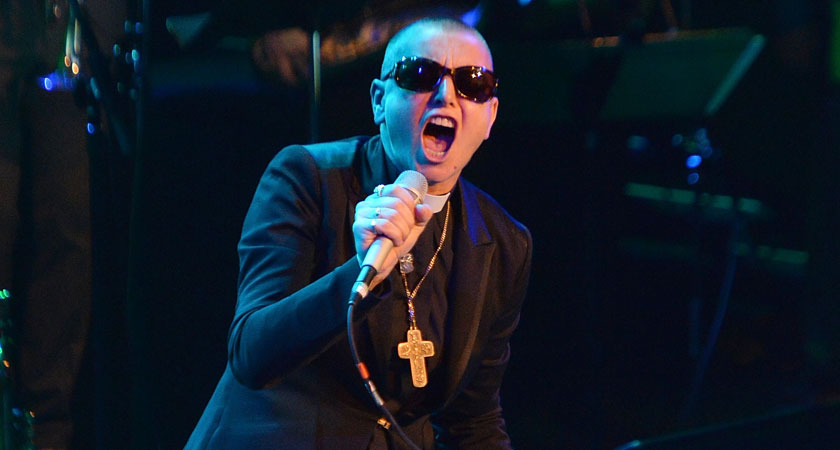 She added: “No Irish person on earth would disagree. We didn’t fire the church. We let them please themselves in our children right under our noses and there is no recompense. No balm in gilliad for Irish human beings under ‘civiliasation’ (sic).”

The singer’s original tweet drew almost 2,000 replies, with many critical of her comments.

One user, who described herself as a white Muslim’, posted that ‘there is never any excuse for racism’.

I am a White Muslim, there is never any excuse for racism, there are good and bad Muslims & non Muslims everywhere, instead of concentrating on someone's colour or religion focus on those that are good and kind & spend time with them, never judge someone on colour or faith.

So NOT ironic that you begin your "spiritual rebirth" by denouncing a whole race of people. I mean if you truly want to find "disgusting," look no further than the words you speak here. Good luck, Sinead, may you find inner peace. (Something tells me you won't.)

That’s a truly hurtful thing to say :(. Thank you for your music up to this point; I suppose the only logical thing to do now is tune out. Good luck with your new audience. For what it’s worth to you, please be informed that I love you.

No one's ethnicity makes them disgusting, no matter which individuals you've encountered. Likewise, we shouldn't condemn/generalise all non-Muslims as disgusting, especially by citing ethnicity. The Quran says they're not all the same [Q3:113]. More info: https://t.co/HsLqHHhI6K

In an exclusive interview with the Daily Mail last month, O'Connor – identified by her ‘former’ name – revealed she was collaborating with Ronnie Wood of the Rolling Stones, Irish actor Cillian Murphy, Pink Floyd’s Nick Mason and singer Imelda May for a new EP.

All proceeds raised from sales of the One More Yard EP will go to a cancer charity.