In a private letter, McDonald expressed her condolences following the Duke of Edinburgh’s death at the age of 99.

A spokesperson from the Sinn Féin leader’s office confirmed the correspondence but provided no other details on the contents of the two letters.

McDonald was among those to pay her respects on social media following Prince Philip’s death, tweeting her condolences to “those of a British identity on our island, for whom his death will be felt as a great loss”.

It comes just days after McDonald was asked by Times Radio whether she would ever apologise to Prince Charles for the killing of his uncle, Lord Mountbatten, in an IRA bombing back in 1979.

Responding to the question, the Sinn Féin leader said she was “sorry that happened.”

“The army and the armed forces associated with Prince Charles carried out many, many violent actions on our island,” she added.

“And I can say of course I am sorry that that happened, of course that is heartbreaking.

“And my job, and I think Prince Charles and others would absolutely appreciate this, is to lead from the front now in these times.

“And I believe it is all of our jobs to ensure that no other child, no other family, irrespective of who they are, face the kind of trauma and heartbreak that was all too common on all sides – let me emphasise on all sides – of this island and beyond.

“I have an absolute commitment and responsibility to make sure that no family faces that again. And I am happy to reiterate that on the weekend that your queen buried her beloved husband.” 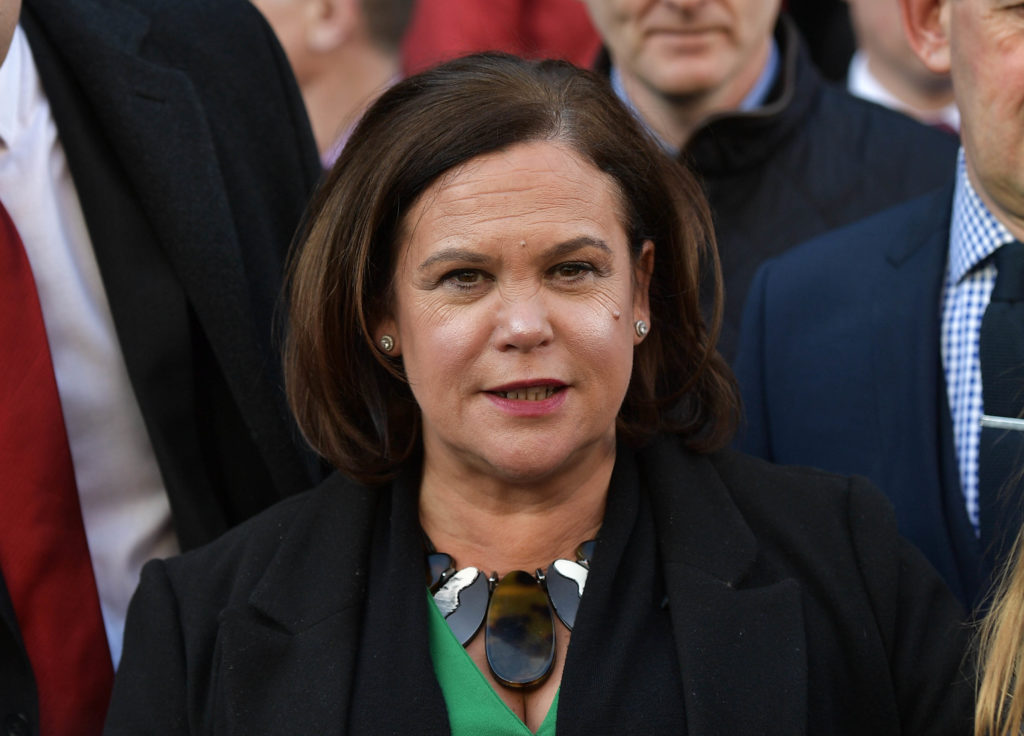 “I thought that was most decent and kind of him,” she said.

“Whereas we are not obviously monarchists, we’re republicans, that’s our political view, we have the utmost respect for that family and for who they are and what they represent to British people and indeed to unionists and loyalists here.