SIX COCKER spaniel puppies have been rescued from a group of illegal breeders travelling through Dublin Port.

The dogs were discovered by DSPCA officers along with Revenue’s Customs officers hidden among furniture in the back of a van.

It was soon discovered that the dogs lacked both the necessary documentation to travel but, more seriously, had not been properly vaccinated.

According to the DSPCA, the dogs were just seven weeks old and should not have been separated from their mothers.

They are now being cared for by the DSPCA before being given up for adoption.

An investigation into the breeders found transporting the puppies is ongoing. 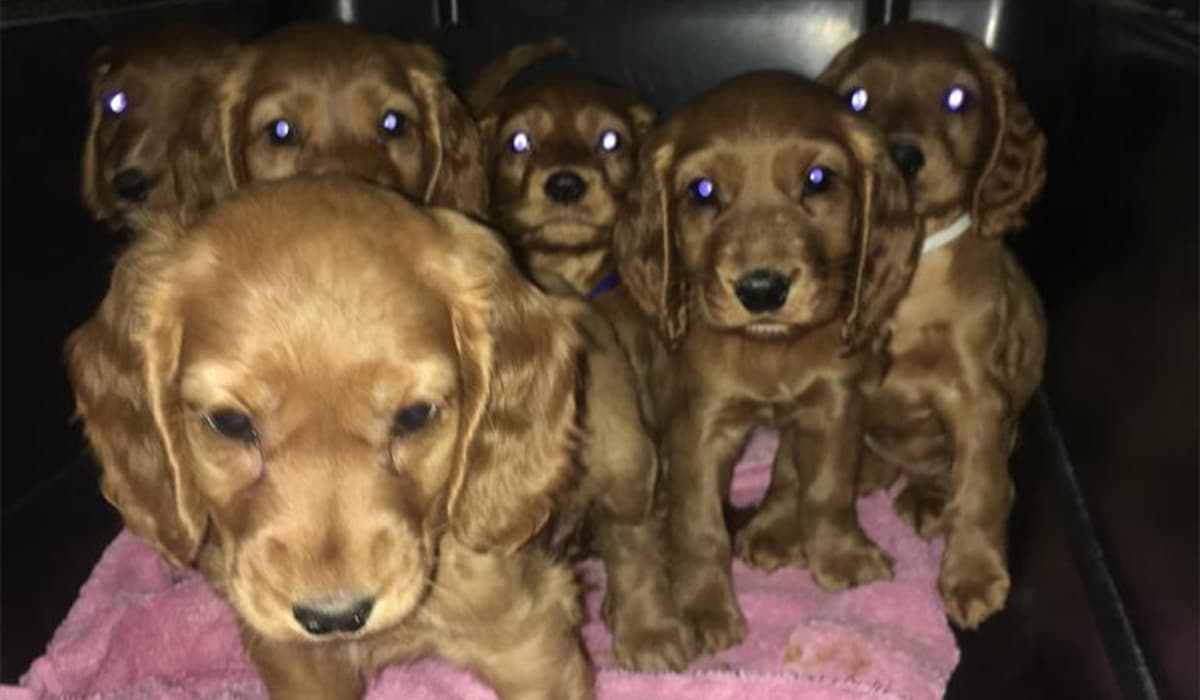 DSPCA was one of the founders of Operation Delphin.

They are working withthe Revenue Commissioners of Ireland, HRMC and major SPCA organisations across Britain and Ireland to try to tackle the illegal puppy trade.

Almost half of voters want Mary Lou McDonald as Taoiseach, according to new poll