Anyone who has been following the tournament on Sky News will be familiar with the sight of the Wexford man’s coverage the competition.

From his updates from the England camp to gauging the mood among fans, former Irish Post columnist Brady has provided a refreshing contrast to some of the hyperbole from pundits.

But it seems his nationality has riled some viewers – England fans jealous of his role in Russia and people from Ireland, who criticised his support for Gareth Southgate’s side.

'Get off your little computer'

However Brady wasn’t too bothered by the ‘nasty’ abuse, saying in a statement his English critics were ‘too scared’ to come to Russia.

“I’ll keep it simple for you,” said Brady, “I’m getting paid to be at a World Cup and you’re on your laptop.

“Truly one of the funniest things about covering this tournament has been the number of nasty messages I’ve received from people who were too scared to come out here. 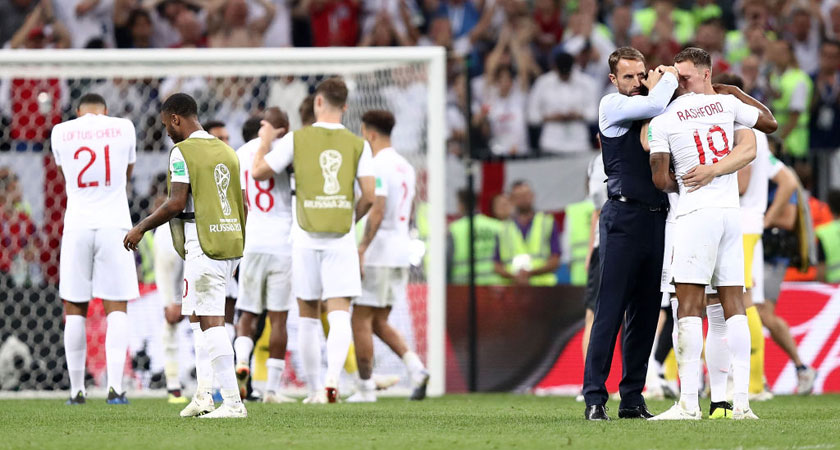 “Maybe it’s time to get off your little computer, put down your newspaper and broaden your outlook.

“Every single time I’ve checked my Twitter feed over the last month they’ve been there.

“Has it upset me? Not in the slightest. Russia has been out-of-this-world fantastic and I’ll take away memories that will last a lifetime.

So what is it about an Irish accent covering an England football team that so enrages the keyboard warriors?”

“Seriously? Comparing me to a Nazi collaborator?

“Here’s the thing - I’ve spent 25 years studying, working and living in England and if I want to wish the team well, I will.

“They’re a great bunch of lads who have been brilliant ambassadors for their country out here. It has been a privilege covering their time here.”

Can You Name These World Cup Teams By Their National Anthems?