A PASSENGER who forced a flight to the Canary Islands to make an emergency landing in Portugal after other passengers became violently ill as a result of his "unbearable" smell has died.

Musician Andrey Suchilin was on a Transavia flight from Gran Canaria to Amsterdam when other passengers began vomiting and, in some cases, fainting around him.

It was initially thought that the smell was a result of poor hygiene, with the unknowing staff on board attempting to quarantine Suchilin in the toilets to try and tackle the situation.

A fellow passenger, Piet van Haut, described the smell as "unbearable" at the time.

"It was like he hadn't washed himself for several weeks. Several passengers got sick and had to vomit," he added.

Ultimately the gravity of the situation forced the plane's pilot to make an unplanned stop-off in the city of Faro in the Algarve region of Portugal, where the Russian was quickly rushed to a nearby hospital.

It was only then that the truth was revealed: Suchilin was suffering from a life-threatening bout of gangrene and needed urgent treatment. 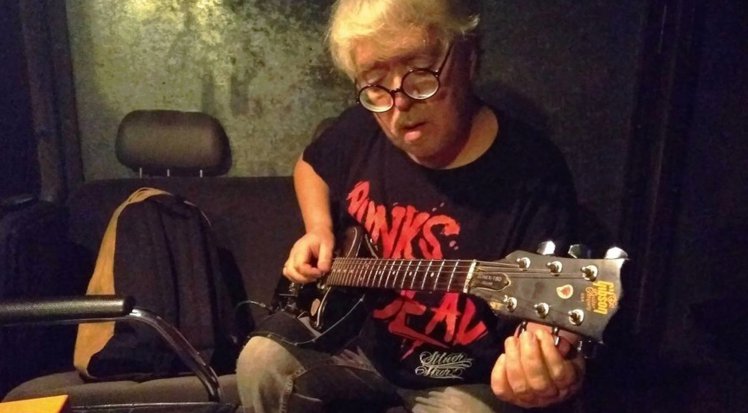 Caused by a lack of blood and oxygen to the affected area, this devastating bout of necrosis is believed to have started while Suchilin was on holiday.

Though details remain unconfirmed, it is thought that the man slipped into a coma during his time in a Portuguese hospital and was pronounced dead just a month later.

Often occurring as the result of an injury, infection or a long-term condition affecting blood circulation, gangrene can affect any part of the body but most commonly starts in the toes, feet, fingers, or hands.

Symptoms include redness and swelling in the affected area, a loss of sensation, severe pain and sores or blisters that produce a foul-smelling pus.

The sooner gangrene can be treated, the more successful the outcome is likely to be, so if you or anyone you know is suffering from any of the symptoms listed above, consult your local doctor as soon as you can.