WHAT happens in Vegas stays in Vegas – until the money runs out, that is.

That’s exactly what happened for this young Irishman, who has put his car up for sale after leaving himself strapped for cash.

Mark from Monaghan blamed “the price of the dollar” along with his overspending for being in such dire straits.

The poor Irishman was left “atein scraps” after running short on his cash flow and has taken to Done Deal to sell his 2007 Volkswagon Golf.

“Genuine reason for selling this beaut. I’m with the lads in Vegas and I’m stone broke,” he wrote. “Thought I was Terrance Big Balls the first two nights and now I’m atein scraps.”

Prospective buyers can also rest assured the car is a strong aphrodisiac – as it gets “plenty of attention from the L-A-D-I-E-S” too.

Have a read of Mark’s advert in full below! 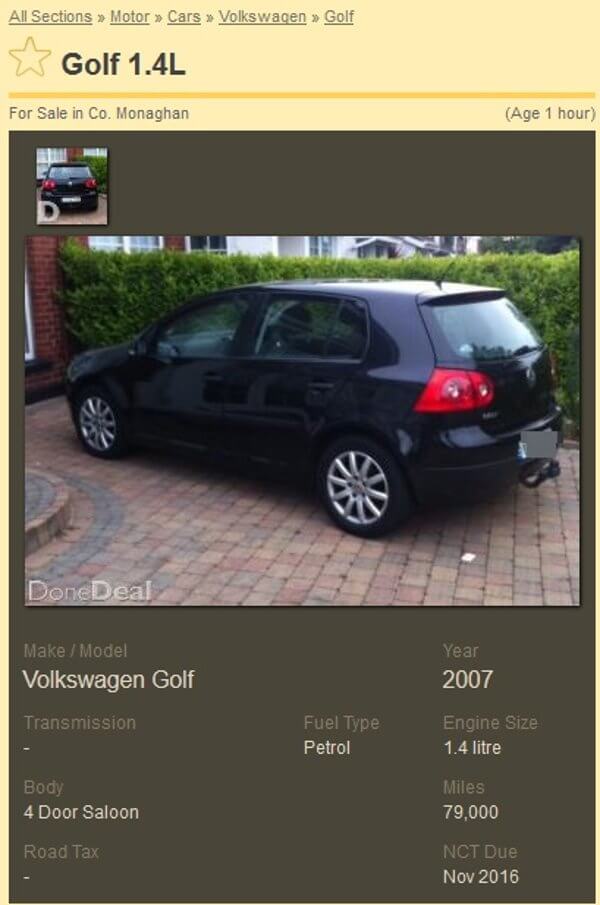 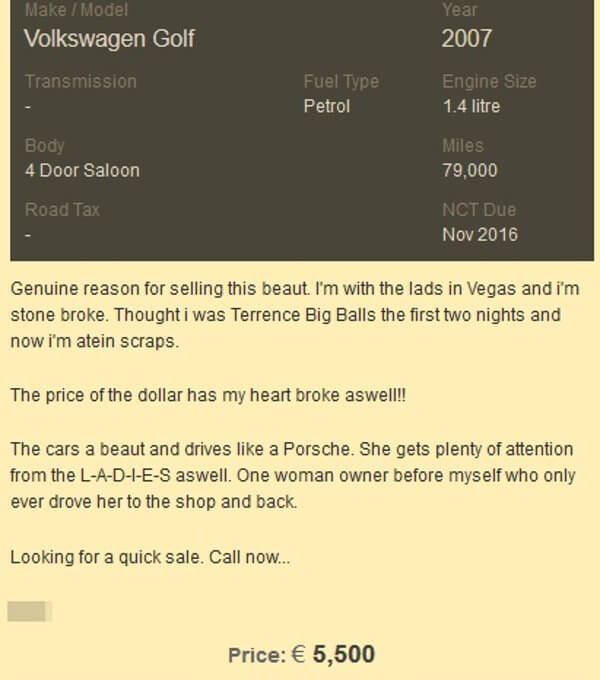