THE story behind this picture of the Irish men responsible for building Birmingham’s famous Spaghetti Junction has finally been revealed.

In 1972, 24 construction workers posed for The Irish Post photographer Brendan Farrell in front of the southern section of the soon to be completed Gravelly Hill Interchange.

The group, 22 of them Irish, look proud as they pose in front of their latest accomplishment.

Forty-five years later, thanks to the tireless work of Birmingham Irish Association and Irish Post readers, their identities are finally known.

“We had people from all over the world calling up saying they knew the men in the Spaghetti Junction photograph,” said Yvonne Price, who fronted the campaign.

“The image of them in front of the interchange really struck a chord.”

The men’s stories are now being told in a new exhibition in the city.

The We Built This City exhibition recently opened at the Birmingham Museum and Art Gallery and will run until May 19. 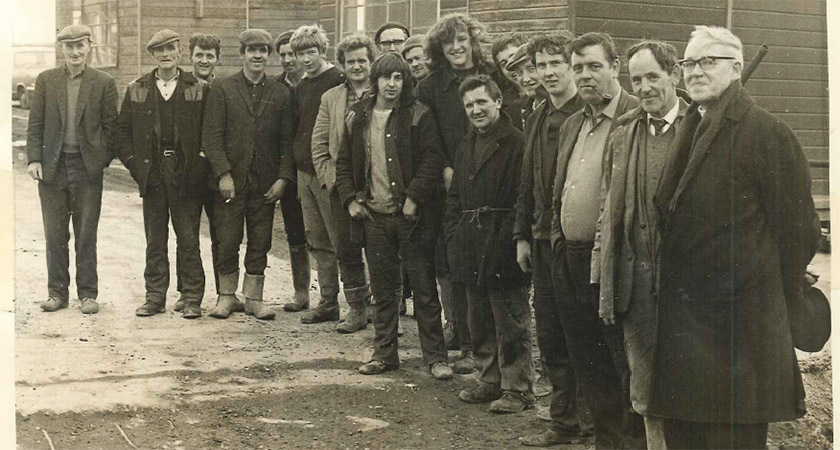 Fr Dan Cummings (far right) wrote of this photograph 'All of these men are Irish'. Picture: Rosemary Doherty

The exhibition celebrates the vital contribution that Irish nurses, bus drivers, construction workers and factory workers made to the building of Birmingham.

Irish workers were key to the huge post-war transformation the city underwent and the construction of a number of iconic structures – from the Barclay Card Arena, NEC, Symphony Hall and Star City to the Spaghetti Junction itself.

“People arrived from Ireland with nothing more than the clothes on their back, some of them as young as 15, just looking for a better life,” said Ms Price.

“It was very, very hard work but they rarely complained. In the end they were responsible for rebuilding the city after the war.” 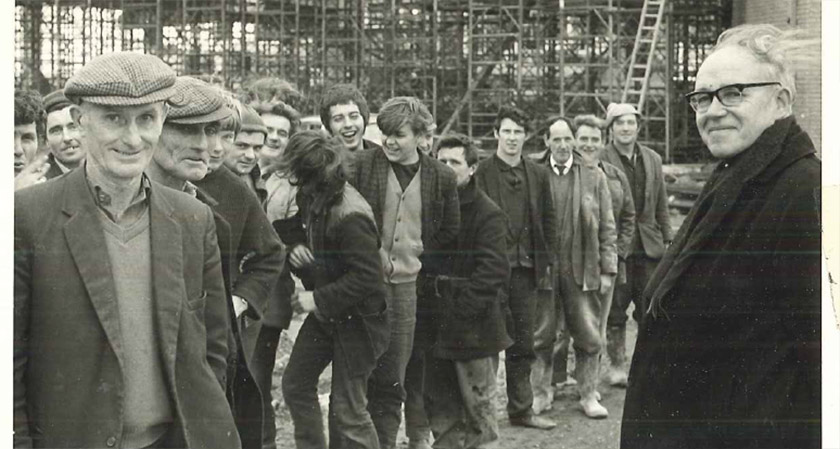 Fr Cummings wrote: 'They were very shy about posing for this picture. They pushed this lad forward. He struggled to get back into the line - hence the scramble.'

Birmingham Irish Association’s efforts to uncover the identities of the men uncovered one incredible life story in particular.

In the Spaghetti Junction photograph one person towards the middle of the picture looks slightly out of place; a hard hat on his head, a long dark coat on rather than a jacket, and most revealingly – a clerical collar around his neck. 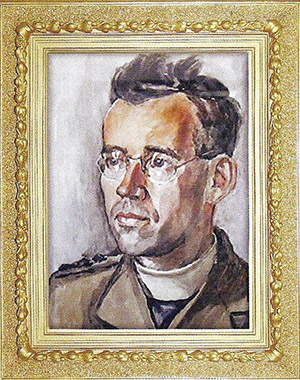 Fr Dan Cummings led an interesting life before he volunteered as a chaplain for the Irish workers in Birmingham.

The Belfast native worked as a missionary in the Philippines before returning to Europe as a Second World War chaplain, landing on the beaches on D-Day.

He witnessed first-hand the horrors of the Holocaust as part of the liberation force on scene at the Belsen concentration camp.

Fr Cummings was there to give aid and comfort to the survivors of the atrocities, one of whom was particularly grateful.

Hans Baumeister, a Polish survivor of Belsen and talented artist, expressed his gratitude by producing a portrait of the priest.

After the war Fr Cummings returned to Ireland before volunteering as a chaplain to the Irish immigrants in England in the 1960s.

In Birmingham, his duties weren’t only spiritual – he was key to settling Irish workers into the city, finding them accommodation and even bringing them Irish newspapers.

“He would’ve been very close to a lot of them. He established an Irish club for the workers and was very meticulous about his care to them,” said Rosemary Doherty, Fr Cummings’ niece.

“A lot of them were very, very young and were over just literally with the clothes on their back.

“He would’ve helped them with lodgings, with advice on how to budget themselves financially and he got very close to all those men and those families in Birmingham.”

Fr Cummings regularly took notes in his capacity as chaplain to the workers in Birmingham, one entry specifically mentions the taking of the famous Spaghetti Junction photograph.

“As priest to immigrants in Birmingham I regularly visited building sites, as here in the Southern Section of Spaghetti Junction - the Gravelly Interchange as it is now known,” he wrote. 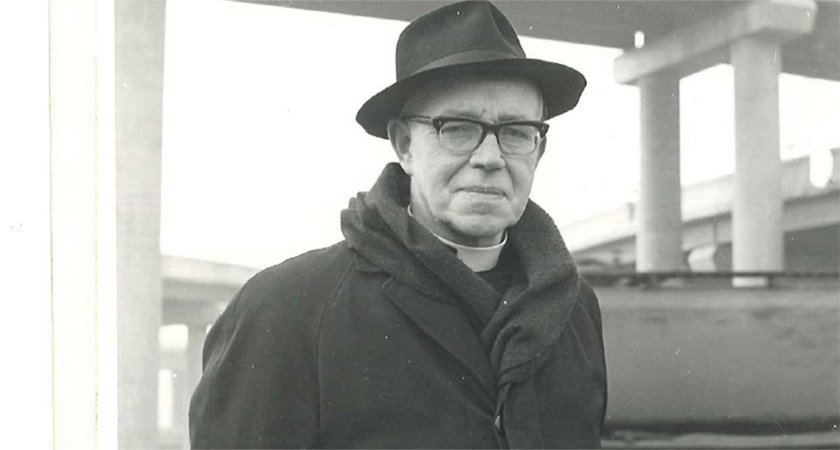 “All but two men are Irish. One has borrowed my hat and given me his own white helmet. Most of the men left their white helmets - which were compulsory - at their jobs on site when coming to their meal-break.”

Fr Cummings died in 1977 at the age of 70, but his life’s work is evidenced by the numerous iconic structures built by the men he looked after.

The story of his incredible life, from the Falls Road to Belsen and back again, is recorded in his memoir – Rest And Be Thankful.

Birmingham’s We Built This City exhibition runs at the Birmingham Museum and Art Gallery until May 19.