MAYO have secured their place in the All-Ireland SFC final after a superb 0-17 to 0-14 extra-time victory over Dublin.

Dublin led 0-10 to 0-4 at half-time and looked on course to secure a final berth and the chance of a seventh consecutive All-Ireland title.

But a resurgent and industrious Mayo put them to the sword and inflicted the Dubs’ first championship defeat in 45 games since losing to Donegal in the 2014 All-Ireland SFC semi-final.

The result brought to an end the longest unbeaten run in the history of the All-Ireland SFC.

A comfortable opening half seemed to suggest it would be business as usual for Dessie Farrell’s side as they raced into a 0-4 to 0-0 lead.

Dean Rock (0-2), Ciarán Kilkenny and Con O’Callaghan all fired over while Mayo were left frustrated as Diarmuid O'Connor and Aidan O’Shea struggled to find their range. 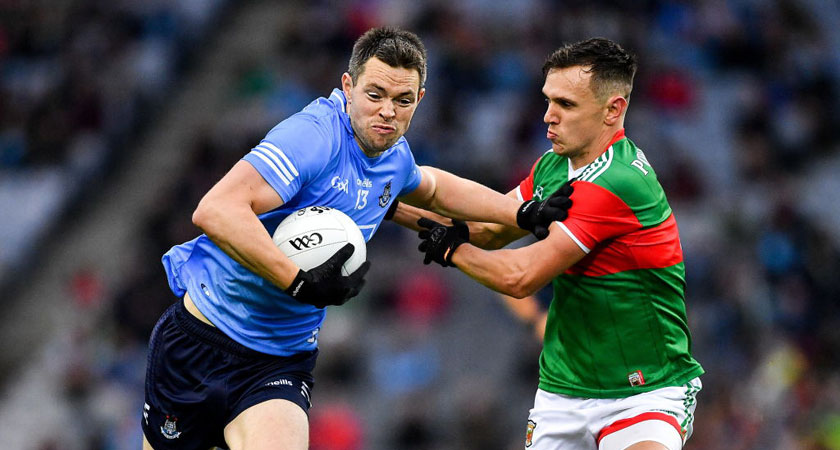 A Rob Hennelly free on the half-hour mark kept Mayo within sight of their opponents but it looked a long way back for the Connacht champions as they trailed by six points at the break.

However Mayo started the second half brightly, substitute Enda Hession bearing down on goal only to be denied by a stubborn Dublin defence.

Ryan O’Donoghue pointed to make it 0-10 to 0-5 and while only a post denied O’Callaghan at the other end, Mayo continued to probe forward.

They made it a three-point game through another Hennelly free and a Lee Keegan point.

Paddy Small finally opened Dublin’s account for the second half on 53 minutes and Rock extended the lead with a beautiful curling point from the edge of the D.

Mayo’s Eoghan McLaughlin was substituted following a heavy challenge from John Small but it only seemed to spur James Horan’s side on.

Kevin McLoughlin pointed after good work from O’Connor to keep the ball in, while Jordan Flynn reduced the arrears further following a Hawk-Eye check. 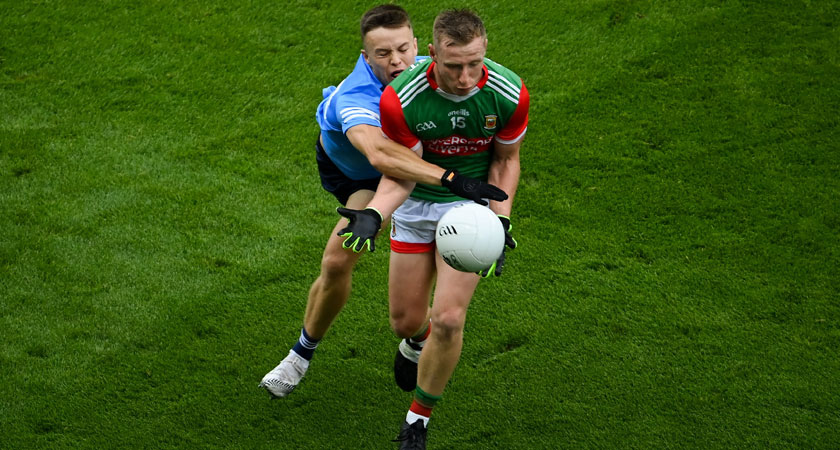 Evan Comerford then conceded a free, allowing O’Donoghue to cut the gap to two, 0-12 to 0-10, before Tommy Conroy made it a one-point game as the official signaled for seven additional minutes.

Rock curled a delightful free over the bar but frustration seemed to be growing in the Dublin ranks.

First David Byrne pulled back McLoughlin, allowing O’Donoghue to fire over the free, before the defender put the ball out for a Mayo '45.

Hennelly fired wide but Philly McMahon’s interference saw Conor Lane order a retake and there was no mistake this time as the Mayo keeper deservedly levelled the scores.

Mayo up the ante

Mayo may have been frustrated they couldn’t kill the game off in normal time when the momentum was with them, but the expected backlash from Dublin never materialised.

Instead, indiscipline crept into their ranks, Colm Basquel seeing black for body-checking Bryan Walsh after Sean Bugler and Conroy had traded points.

The card was the cue for Mayo to move up through the gears and they hit three points in quick succession from Conroy, Darren Coen and O’Donoghue to storm into a 0-17 to 0-14 lead. 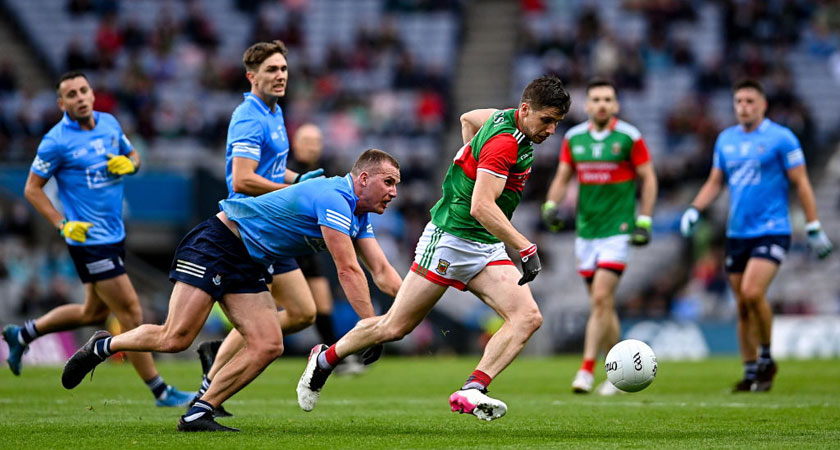 Dublin needed a goal but it was O’Donoghue who almost found the net at the other end, bearing down on Comerford before scuffing his effort wide.

Farrell’s side looked dispirited and any balls floated forward were plucked out of the air with ease by a defence featuring an inspired Keegan.

Basquel, back from the sin bin, looked as though he might carve out an opening but was dispossessed by Conor Loftus, while James Durcan turned a goal-bound Cormac Costello effort around for a '45. 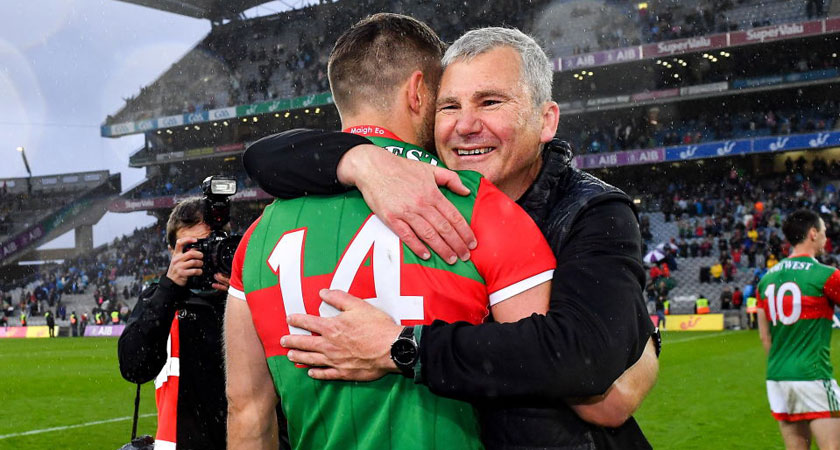 Rock floated the ball in but a foul from James McCarthy saw Mayo win the free out and the Dublin man receive a black card.

Tom Lahiff followed him off the pitch shortly after as Dublin’s misery was complete, the final whistle sparking wild celebrations among the Mayo support.

They will now face Kerry in the final, who received a bye following Tyrone’s withdrawal from the competition.