Ireland's Shane Lowry kisses the Claret Jug, the trophy for the Champion golfer of the year after winning the British Open golf Championships at Royal Portrush golf club in Northern Ireland on July 21, 2019. (Photo by Glyn KIRK / AFP) / RESTRICTED TO EDITORIAL USE (Photo credit should read GLYN KIRK/AFP/Getty Images)

By the time he approached the crescent grandstand on the final day, he knew he could finally take in the magnitude of what he had achieved over four days of pure attrition on the North Antrim coast.

In truth, the final challenge to Shane Lowry’s quest for Open glory fell by the wayside some four holes earlier when Tommy Fleetwood went for broke on the 14th and was finally sunk by the fearsome links on the Dunluce course.

It epitomised the difference between Lowry and the rest of the field all week, the Offaly man’s ability to stay out of danger where other players couldn’t follow – and above all else, his ability to maintain an even keel. 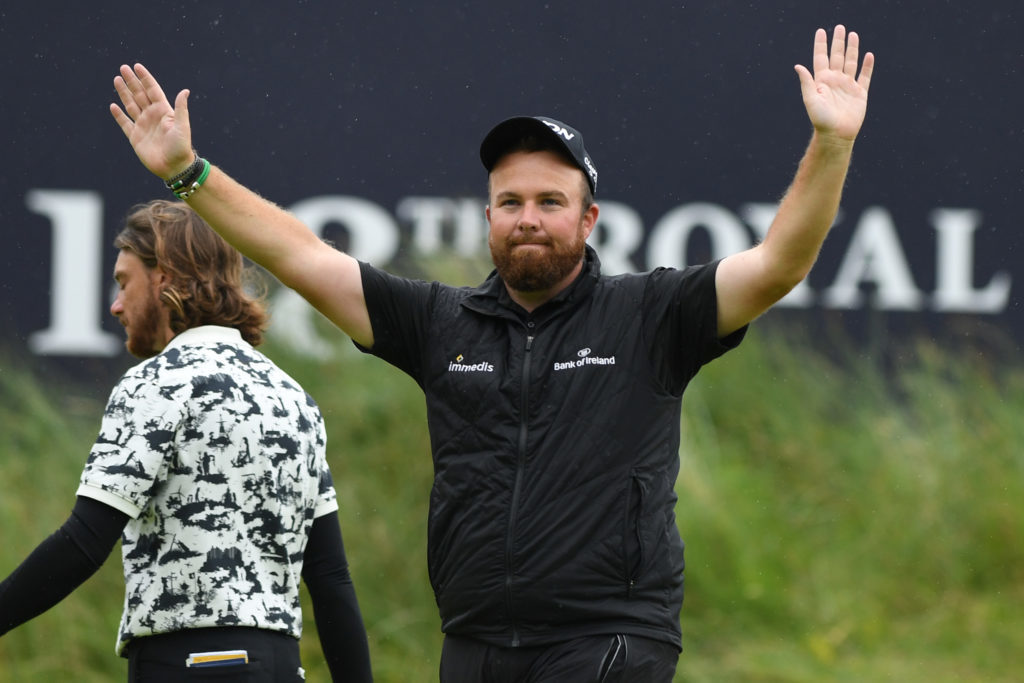 All in stark contrast to Rory McIlroy, who in two rounds of golf was the mirror opposite. His opening shot on the Thursday in front of a mammoth watching gallery flew out of bounds, smashing a spectator’s mobile phone along the way.

A horror quadruple bogey on the first meant his quest for a second Claret Jug was already looking forlorn and worse was to come with a careless lapse in concentration on the 16ththat turned a gimme bogey into a double bogey to ultimately cost him his weekend spot.

For late on Friday evening, spurred on by the locals who had stayed with him to the very end, he nearly produced one of the great golfing miracles as he threw the kitchen sink at the back nine.

Watching from the grandstand on the 14th – probably the toughest green on the course – he nailed a putt to leave him looking to gain three more shots to make the cut and as someone commented in the stand, his confident bouncing stride was back. 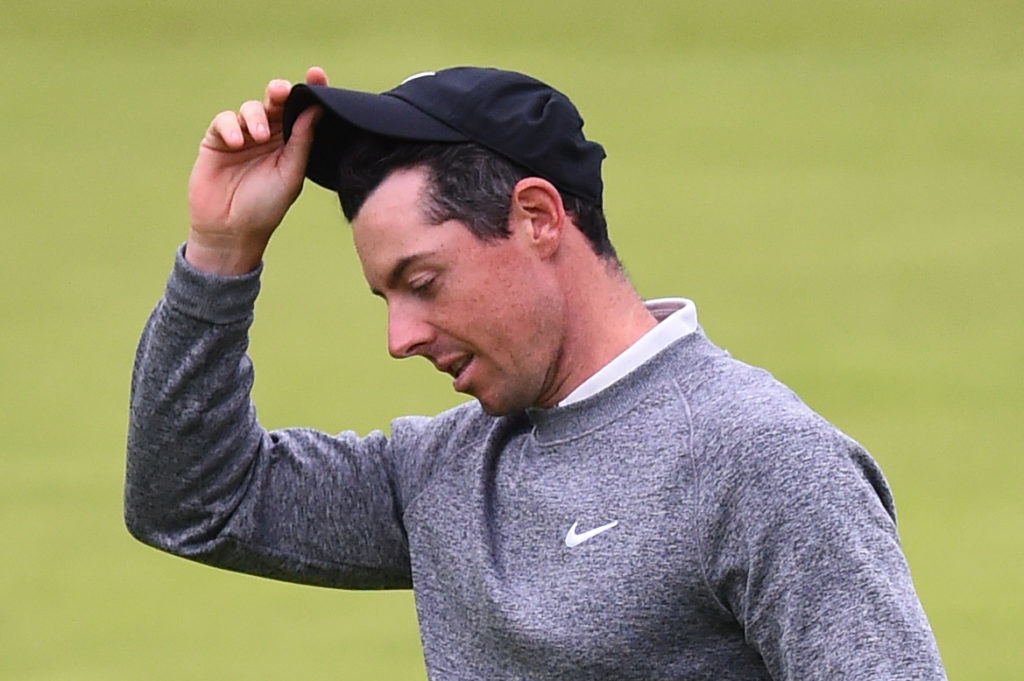 Northern Ireland's Rory McIlroy reacts as he leaves the 18th green during the second round of the British Open golf Championships at Royal Portrush golf club . (Photo by ANDY BUCHANAN /AFP) /Getty Images)

After a sublime birdie at Calamity Corner, he just needed to find one more birdie but a near miss on 17 and a wayward approach on 18 ended his run. It was a sensational round of 65 in the circumstances, a parting shot to show Portrush that he is capable of producing something the rest of the field can't - well, nearly the rest of the field.

As where McIlroy departed with a 65, up popped Lowry with a phenomenal Saturday 63 - albeit in better conditions. His Friday round of 67 could easily have matched it after he left behind birdie chances before the rain came mid-round but what shone through was his feel for the course and approach play to some seriously tricky greens.

By the time he bounded down the 18th on Saturday evening he was already -16 and still had time to just miss another birdie with his last shot of the round. The grim weather on Sunday meant the chasing pack couldn’t shoot anything close to a challenging score, leaving Fleetwood the only realistic challenge save for a calamitous final round that must have been playing on Lowry’s mind after he squandered the same four shot lead at the US Open three years ago.

This time he kept his nerve, carding a 72 to win by six from Fleetwood to pick up a the tidy sum of £1.5 million and a place at the top table of golf.

Time will tell what this will herald for the Clara man, his ambition to play for Europe in the next Ryder Cup in Wisconsin has now received a massive shot in the arm as acknowledged by European Captain Padraig Harrington on Sunday evening.

This will elevate his status on the PGA Tour in America and his likeable, gentle nature should serve him well with golf seemingly enduring a period of few standout characters and American golf's two major draws - Tiger Woods and Phil Mickelson - both in the twilight of their careers.

And what of Portrush itself? The true star of the show, despite the weather doing its best to dampen the spirits, the stars aligned to make it arguably the most memorable of modern day Opens. It combined the atmosphere of Hoylake with the course quality of a Birkdale or Carnoustie to produce the ideal environment for golf’s showcase event.

The talk in the build-up to the event was a tourism boost to the area worth some £80 million but by all measures Portrush is a worthy addition to the Open rota. They came from all over the golfing world to experience this with plenty of American, Australian and European voices to be heard amidst the local noise.

Whether the high rolling corporate end of the market fared just as well, time will tell, but with nearly a quarter of a million people going through the turnstiles there is no question that Portrush belongs as a permanent fixture.

It looks like two more Open Championships could come to Portrush before 2040. Quite frankly it can’t come back quick enough.