TAOISEACH LEO VARADKAR has threatened to vote against the controversial Mercosur free trade deal if Brazil fails to make reasonable steps to protect the Amazon rainforest.

International tensions have been on the rise amid reports of thousands of tropical wildfires burning their way through the Amazon jungle, with countries around the globe bickering over what should be done.

In a statement on Thursday evening, Varadkar said: “There is no way that Ireland will vote for the EU-Mercosur free trade agreement if Brazil does not honour its environmental commitments."

The Taoiseach added that he was "very concerned" that the number of fires this year has seen record levels of destruction to the Amazon and was quick to point the finger at the Brazilian president, Jair Bolsonaro, who has been internationally criticised for failing to prioritise and protect the rainforest. 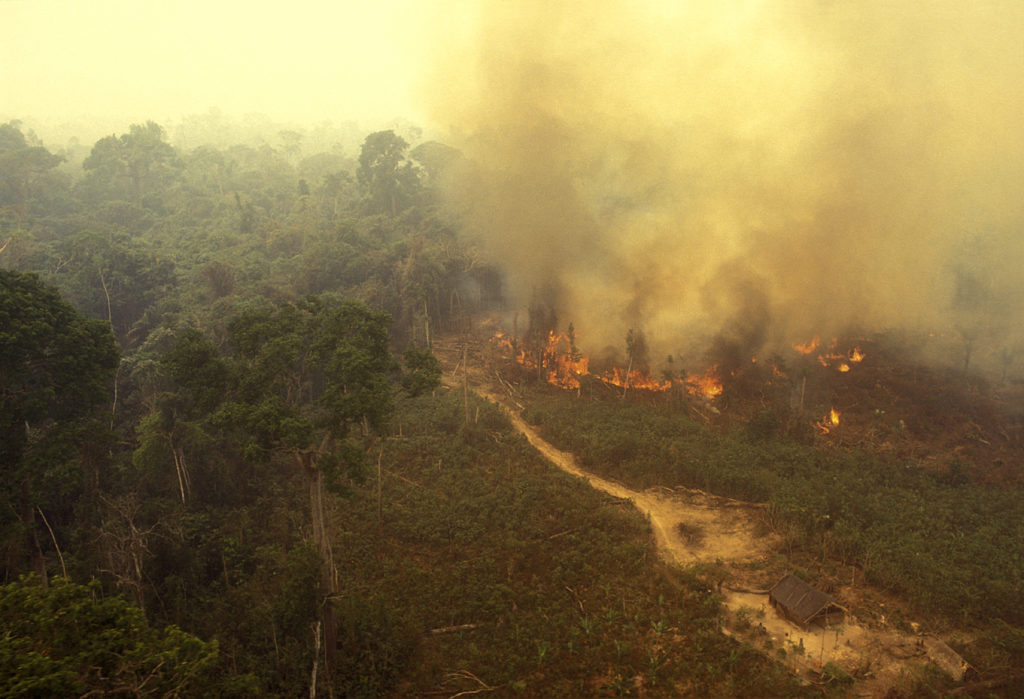 Aerial view of a fire in the rainforest. Wildfires have been raging throughout the Amazon basin, destroying hundreds of thousands of hectares of rainforest.

The Mercosur deal is a free-trade agreement between the EU and (the South American equivalent) Mercosur. At the G20 summit in Osaka earlier this year, a deal was agreed in principle between the two blocs after 20 years of hard negotiations.

The deal has been widely criticised, particularly by European sheep and cattle farmers who feel as if the deal will undermine their own markets, as cheaper beef from South America with lower tariffs will become available throughout Europe.

Many farming and environmental organisations have also been critical of the deal for facilitating access to European markets for beef which is often raised on land where rainforest has been cleared.

In any case, before the deal can be finalised, there will be a vote of approval from EU nations in two years time, and Mr. Varadkar says he will be monitoring Brazil's environmental actions closely.

“The Mercosur deal is two years away from a vote on approval in Europe. During the course of these two years, we will monitor closely Brazil’s environmental actions," he said.

According to figures, as many as 72,000 wild fires have been detected in the Amazon basin during the first eight months of the year - up 83% on the figures at the same stage in 2018.