AN TAOISEACH Micheál Martin is to meet with First Minister of Northern Ireland, Arlene Foster to address claims of collusion between the Irish State and the IRA.

According to RTÉ News, DUP leader Ms Foster wrote to Mr Martin to request a meeting about the "many unanswered questions" regarding the alleged role of the Irish State in arming and assisting the IRA during the Troubles.

Ms Foster listed a number of attacks by the IRA which left RUC officers, British Army officials or innocent civilians dead, and alleged that the Irish Gardaí may have had a role in some of the incidents.

Some incidents listed by Ms Foster in which the Irish State or Gardaí are alleged to have assisted the IRA include the murders of Chief Superintendent Harry Breen and superintendent Bob Buchanan of the RUC, who were killed in an IRA ambush in March 1989.

The murders of ten Protestant civilians in January 1976, the murder of Ian Sproule in 1991 and a car bomb which killed a High Court Judge and his wife and injured three Ulster Rugby players were also addressed by Ms Foster in the letter.

Taoiseach Micheál Martin has agreed to meet the First Minister regarding the alleged incidents of collusion, telling RTÉ News the Irish government is "always open to uncovering the true stories" and those who lost loved ones "deserve all the answers that they can possibly get". 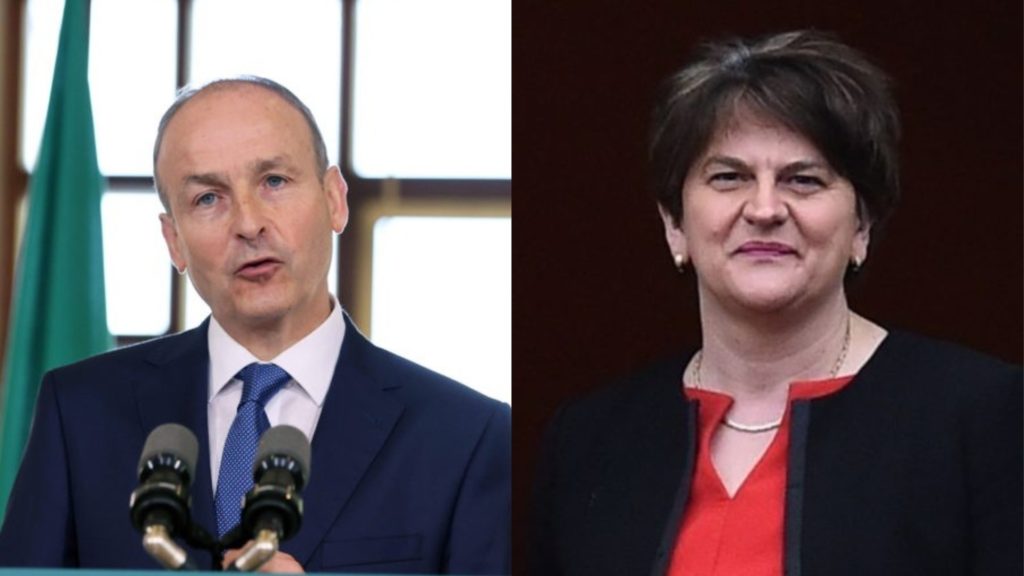 He made reference the the British Government's failure to open a public inquiry into the murder of Belfast solicitor Pat Finucane, who was murdered by Loyalist paramilitaries who were proven to be acting in collusion with the British State.

"The British Government did not follow through in terms of the Finucane inquiry," he added, "and in our view they should have.

"It was part of an agreement between Tony Blair and Bertie Ahern at the time at Weston Park."

Ms Foster had addressed this in her original letter, where she said the British government's refusal in opening a public enquiry made her want to "set out some issues that are the responsibility of your administration and with which your Government can assist".

The Narrow Water massacre of 1979 in which 18 members of the British Parachute Regiment were killed was also brought up by the DUP leader in the letter, after Sinn Féin TD Brian Stanley came under fire for a mocking tweet about the attack last week.

In the letter, seen by RTÉ, Ms Foster thanked Mr Martin for his "swift condemnation" of the Tweet.