Anti-abortion activists rally outside of the Supreme Court in Washington, DC, March 2, 2016, following oral arguments in the case of Whole Woman's Health v. Hellerstedt, which deals with access to abortion in Texas. The US Supreme Court on March 2 took up its most important abortion case in a generation, the outcome of which could impact the ability of millions of women to end an unwanted pregnancy -- as well as the White House race. With the court now split evenly between liberals and conservatives following the death of Antonin Scalia, all eyes are on Justice Anthony Kennedy, who wields a swing vote on the issue, one of the most divisive in the world of US politics. / AFP / SAUL LOEB (Photo credit should read SAUL LOEB/AFP via Getty Images)

TEXAS has passed a new radical law banning abortions from as early as six weeks into pregnancy.

Terminations will now be illegal throughout the state in instances where what anti-abortion campaigners call a 'foetal heartbeat' has been detected.

The new law, which came into effect on Wednesday, is one of the most restrictive in the country.

Any individual will now have the right to sue a doctor in the event that he or she carries out an abortion after the six week point.

It was fully confirmed after the US Supreme Court voted not to block the move following an emergency appeal by abortion providers and pro-choice campaigners.

Doctors and women's rights groups have also heavily criticised the new bill, while the ACLU (American Civil Liberties Union) and Planned Parenthood asked for an injunction to prevent its enforcement. 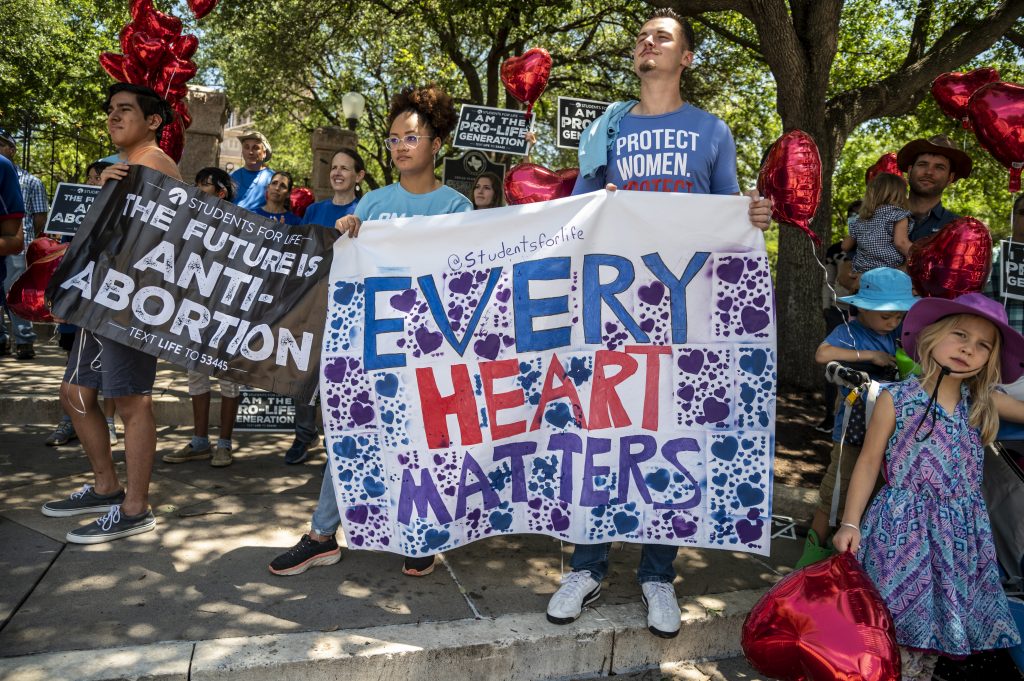 In a late night vote, Supreme Court Justices ruled 5-4 against granting the injunction.

In an unsigned explanation, the court's majority said their decision was "not based on any conclusion about the constitutionality of Texas's law", and said legal challenges could still proceed.

In response to the vote, the ACLU described developments as "blatantly unconstitutional," stressing that millions of people will likely have no access to abortion, as 90% of terminations in Texas take places after six weeks.

President Joe Biden condemned the law, branding it "extreme" and warning it would "significantly impair" women's access to healthcare.

In a statement, Biden said his administration would "protect and defend" the constitutional rights established under Roe v Wade and "upheld as a precedent for nearly half a century".