Are These the 9 Most Haunted Places In Ireland?

Ireland's history is steeped in tales of the paranormal and superstition.

Growing up, almost every Irish person was told some kind of ghost story, passed from generation to generation as mythical folklore, forever steeped in unnerving mystery.

There are simply some things in life that cannot be explained by science and while there's no definitive proof that ghosts do exist, certain places have retained a reputation for harbouring spiritual activity.

These are the 9 most haunted places in Ireland - how many would you visit? 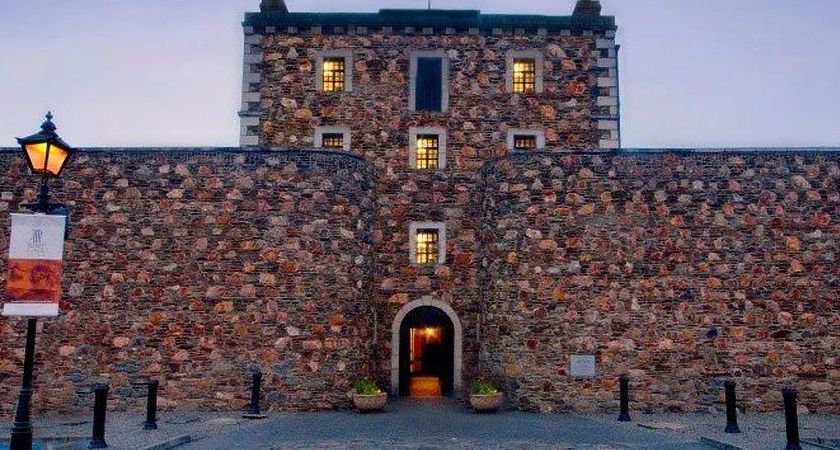 Built in 1702, Wicklow Gaol has been described by many as "The gates of hell" and with good reason. Thousands upon thousands of prisoners died within its walls during the Great Famine, with the gaol’s inhospitable conditions creating a haven for disease and death. Eventually closed in 1924, the Wicklow Gaol Experience is now a popular tourist attraction . but legend has it that those who died there still roam within the gaol’s walls.

Built by Francis Bruen for his bride back in the 19th century, the ruins of this Tudor Revival house are home to the spectre of a servant girl who supposedly haunts it. The story goes that she was fatally struck by lightning while standing close to a window in the upper floor of the house. The blackened figure of her electrified body was seen on several occasions in the property’s panes of glass in the years that followed. Even now, she is said to stalk the ruins. 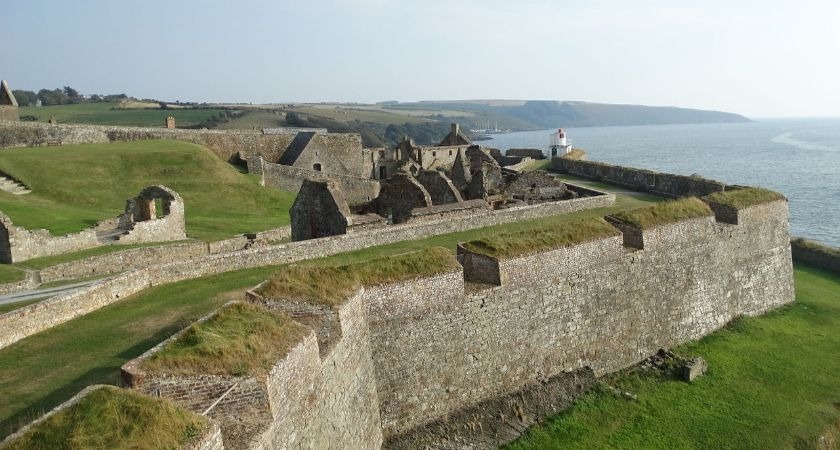 The tragic tale attached to Charles fort reads like something straight out of Game of Thrones. According to the legend, it is haunted by a ghost known only as The White Lady who was due to be married there but committed suicide after her husband was murdered on the night of their nuptials. In a shocking twist, the story goes that the White Lady’s husband was actually murdered by his bride’s father who also went on to take his own life following his daughter’s death. Sightings of the White Lady have been surprisingly common in the years since.

Take a trip up to the Dublin mountains and you may come across a solitary hunting lodge containing dark secrets. Founded by the first Grand Master of the Irish Freemasons, Richard Parsons in 1735, the lodge is said to have been the site of all manner of satanic dark sorcery and black magic. Sex, drinking, debauchery and animal torture were all commonplace in the Hell-Fire Club, with black cats regularly captured and roasted over open fires as part of a ritual sacrifice intended to summon the devil himself to appear before them. Some say his spirit still remains there. 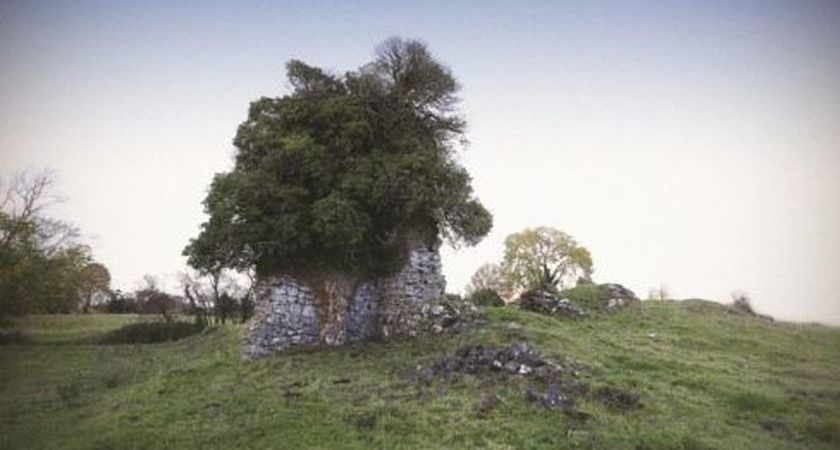 In 1691, the blood ran thick and red across the fields of Aughrim. This was a massacre unlike any before it, as the cold-blooded Williamites lay waste to the Jacobite army in horrifying fashion. Bones were broken, and bodies mutilated. In the wake of the carnage the dead lay strewn across this once-tranquil corner of Irish countryside, bathed in blood. Those same bodies would be left to rot there for more than a year until only the bones remained. Today, it stands as a vast cemetery of sorts, where the haunted screams of those who died can be heard by those that visit.

This seemingly idyllic country house is also home to a legend steeped in mystery: the curious house guest with the cloven foot. The story goes that a young girl by the name of Anne Tottenham was left traumatised while minding the property after encountering a houseguest she whole-heartedly believed to be the devil. According to the legend, the man mysteriously died after “flying through the roof” of the house. In the wake of his death, Anne locked herself in her bedroom, remaining there until her death in 1775. Today, that same hole remains while Annie said to still wander the halls. 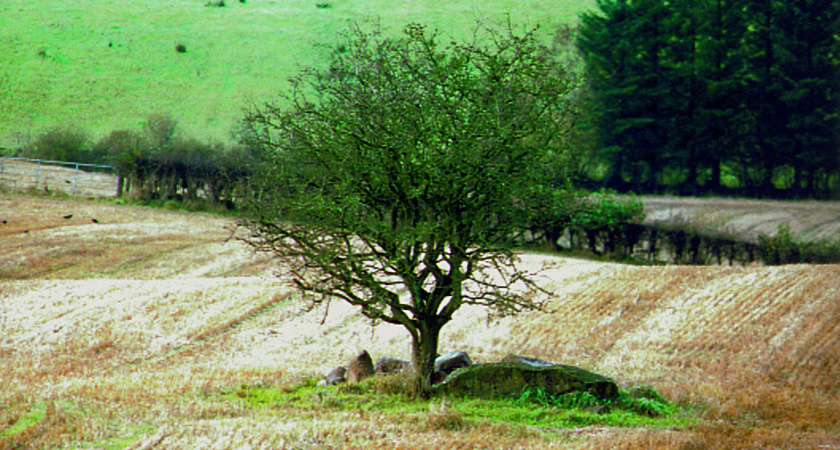 In the quiet surrounds of Glenullin, County Derry, there lies a grave unlike any other. Abhartach was no ordinary man. Buried upright and upside down, he is thought to be the world’s first vampire and the likely inspiration for Bram Stoker’s Dracula. The name Abhartach actually comes from the term  laght-abhartach, meaning “sepulchral monument of the dwarf“. A vicious blood-drinking monster that was short in stature and thought to practice black magic, he was known as the “red blood sucker” among druids. They claimed he could only be killed by a wooden sword and buried head downwards. Today, locals are advised to give this mysterious grave a wide berth, particularly after dark.

Built in 1798 by noted Irish psychiatrist William Saunders Hallaran, this now-abandoned asylum was not a happy place. Hallaran’s methods were extreme to say the least – he created something called the “Hallaran’s Chair” which rotated hysterical patients at up to 100 revolutions per minute. It rarely had the desired effect. Inmates largely lived out their days in a state of paranoid despair. Today, paranormal investigators claim to have both seen and heard the voices of these tormented souls.

1. The Abbey of the Black Hag, County Limerick 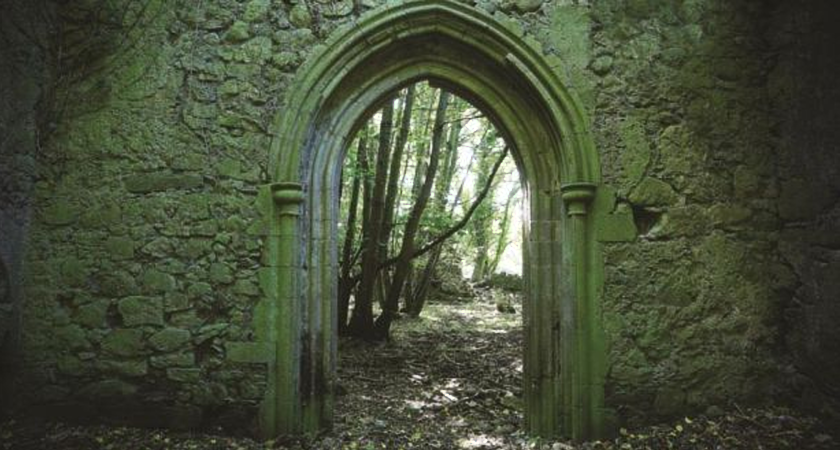 Take a walk southeast of Shanagolden and you’ll come across a secluded valley and the remains of a medieval convent with a dark story behind it. The convent was once home to the prioress, a lady of the FitzGeralds from Shanid Castle, who supposedly indulged in the black arts and all number of sordid sexual practices there, much to the chagrin of locals.  She died there in an area called Black Hag’s Cell, named after the blackness of her face. She isn’t the only ghost said to haunt the old ruins. The Countess Desmond was supposedly buried alive there, a fact discovered when the appearance of a ghostly figure prompted a closer inspection of her grave. They found her finger bones and had been worn out from clawing at the coffin that sealed her fate. Today her screams can still be heard long into the night.

The Witch’s Yew: Ireland’s winning ‘Tree of The Year’ has been announced—and it’s haunted