THE ARCHBISHOP of Dublin has acknowledged the pain inflicted on LGBT people by the church.

Pope Francis made the comments in new documentary Francesco, which premiered at the Rome Film Festival on Wednesday night, and said "homosexual people have a right to be in a family".

""What we have to create is a civil union law. That way they are legally covered."

It is the first time any Pope has come out in favour of same-sex civil unions while serving as Pontiff; Francis had supported civil unions before he became Pope, but had not commented on it since.

Archbishop of Dublin Diarmuid Martin said Pope Francis's comments sent "a very strong message to the community in the Roman Catholic church that our attitude has to change". 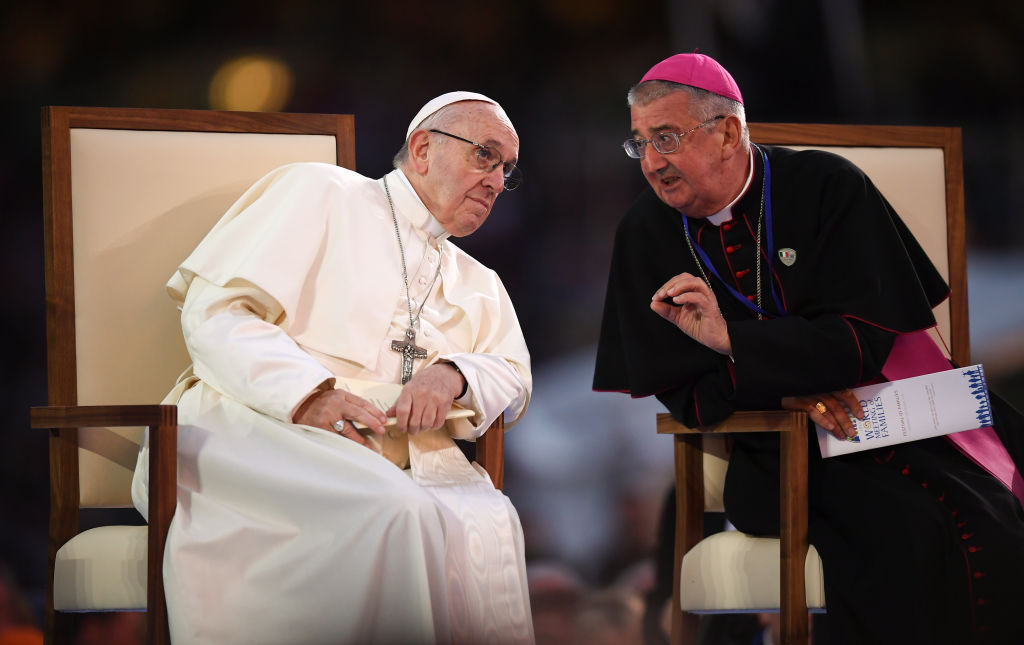 Pope Francis and Archbishop Diarmuid Martin during The Festival of Families at Croke Park in Dublin in 2018. (Photo By Stephen McCarthy/Sportsfile via Getty Images)

"There are, in other countries, strong homophobic tendencies-- even in church leaders," Archbishop Martin continued.

"What I find, even here ourselves, [is] we have some people whose frustration with their own gay identity is leading them to be homophobic in ways."

He said the Pope was "clearing the air for a further discussion" , and that "sometimes we all get trapped into our absolutes.

"Certainly the church's attitude has made the life of LGBT people miserable."

The Catholic Church has made some steps toward being more accepting of the LGBT community; in June, the Chaplaincy service of the Irish defence forces released a video in support of LGBT+ people  on what would have been Dublin's annual Pride parade.

Head chaplain Fr Seamus Madigan said "we are all different, yet united in our desire for happiness, belonging, meaning, making a difference, living a life less ordinary".

"We seek your flourishing and happiness, and recognise that we have much to learn from your gifts, courage and experience of life."

Sunday Mass in every church will become a thing of the past, new Dublin Archbishop admits