A RIDER from one of The Pogues’ early ‘90s gigs has offered a fascinating glimpse of the rock’n’roll lifestyle the legendary Irish band enjoyed back in the day.

Buoyed by the success of 1988’s If I Should Fall from the Grace with God, the band were at their critical and commercial peak in the years that followed with their next album, 1989’s Peace and Love ensuring the good times rolled on into the next decade.

It was only with 1990s Hell’s Ditch that things began to well and truly fall apart with Shane Macgowan’s personal problems ultimately costing him his place in the band and The Pogues embarking on a tour with The Clash front man and producer Joe Strummer in Macgowan’s place.

Even without Macgowan, the band continued to have a great time on the road – as evidenced by an extensive rider unearthed by Paul John Dykes on Twitter.

The secret as to how we all stayed in such great shape..no veal, no fast food, no german wine and plenty of cigarettes https://t.co/uep1K62sfR

A heady list of backstage demands, it boasts all the ingredients of a truly epic after-party full of “good quality” wine and tequila along with an assortment of cheeses and fruit juices.

Throw in some 300 cigarettes – 200 Benson & Hedges cigarettes and 100 Marlboro – and you have the recipe for a truly memorable celebration.

The rider caught the eye of Pogues member Spider Stacy, who reflected: "The secret as to how we all stayed in such great shape..no veal, no fast food, no german wine and plenty of cigarettes." 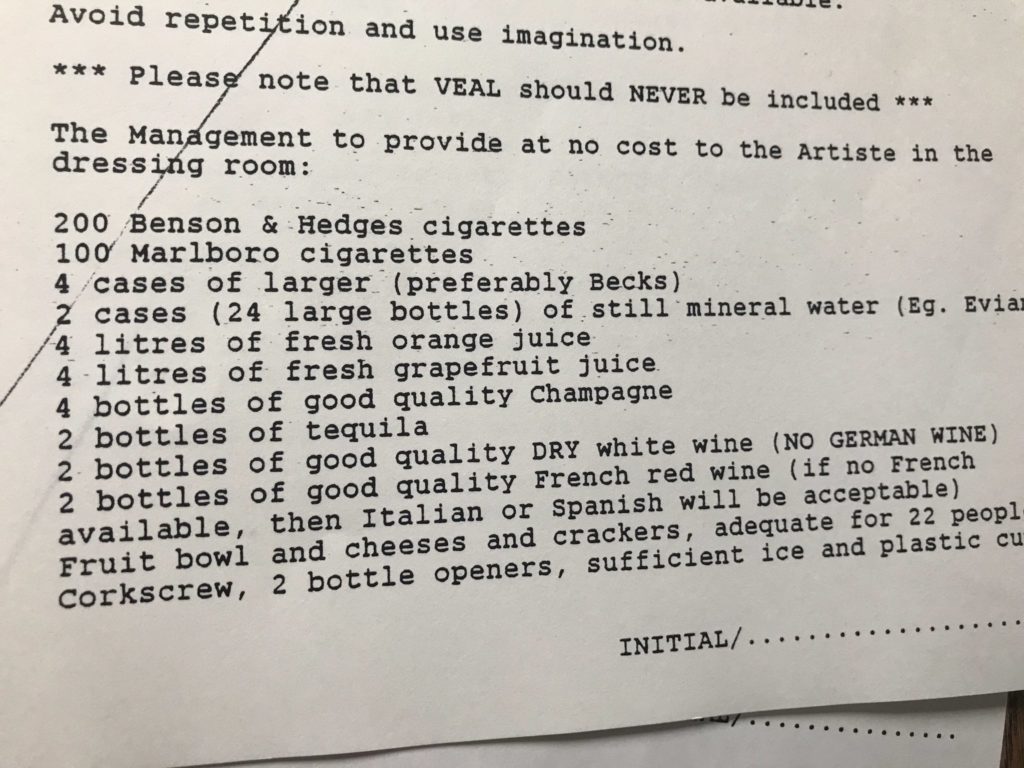 The full rider reads as follows: