UK HOLIDAYMAKERS reportedly raised more than £5,000 for staff on a Thomas Cook flight from the US back to the UK this week.

The fundraising effort came in the wake of the UK travel operator’s collapse after more than 100 years in the business.

Crippled by mounting debts, Thomas Cook was forced to shutter its business, leaving many tour operators, hotels and employees unemployed and out of pocket.

In one instance, during a flight from Las Vegas to Manchester, flight staff discovered mid-flight that they had lost their jobs and would not be getting paid.

Passengers on the flight soon got wind of the news, sparking an outpouring of donations from holidaymakers eager to try and help.

"I’ve Just landed in Manchester from Vegas, was flying with Thomas cook, the staff told us mid-flight that they’d just been told half way through the flight that we were on the last Thomas cook flight anywhere, they had just lost their jobs and would not be getting paid this month- they were all in tears!”

"Soon as we landed a Scottish girl stands up- right folks I’m having a whip round get your money out £20 each! And if that’s not the most Scottish thing ever I don’t know what is was a joyful moment! Got £5000 apparently." 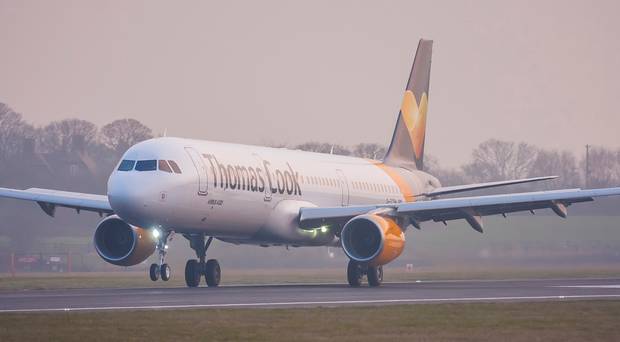 "Staff were so professional during the flight, they didn't mention it, but as soon as we landed, they got the news,” she said.

"Towards the end of the journey, passengers had started a little collection but it ended being quite a big collection,” she added.

"Everyone was putting in their remaining dollars and I think there was two bags going around so it turned out to be a lot of the money.

"People were very generous, they were throwing in wads of dollars, it was two carriers bags worth of coins and notes.”