THOUSANDS of campaigners turned out for the March for Choice in Dublin today, the first since Ireland voted to repeal the Eighth Amendment.

Despite the country voting 66.4 per cent in favour of legalising abortion in May, the Abortion Rights Campaign (ARC) held its seventh annual march.

The event took place with the government still to pass legislation to legalise abortion up to 12 weeks. 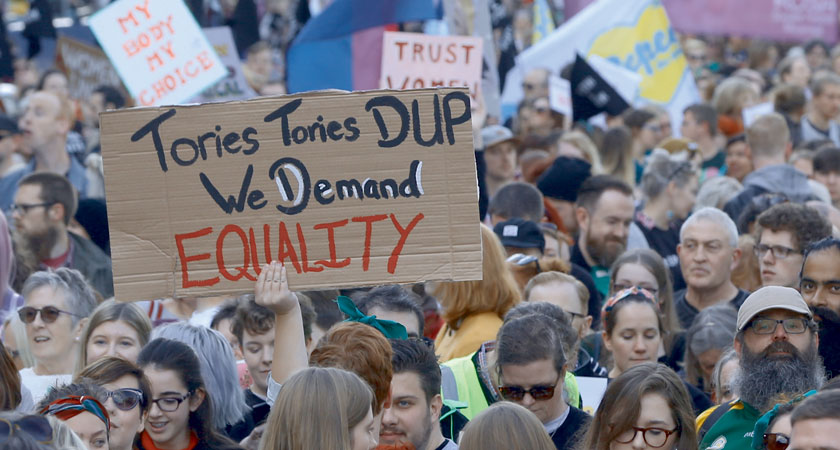 Health Minister Simon Harris, who joined today’s march, said he will introduce the legislation in the Dáil on Thursday.

The ARC said today’s march – which had the theme ‘Free, Safe, Legal’ – was a celebration of the referendum result.

However they added that four months on from the vote, nothing practically has changed with women still travelling to Britain for abortion and taking pills at home.

“We will take to the streets to rejoice in our victory, and acknowledge our achievements,” they said in a statement. 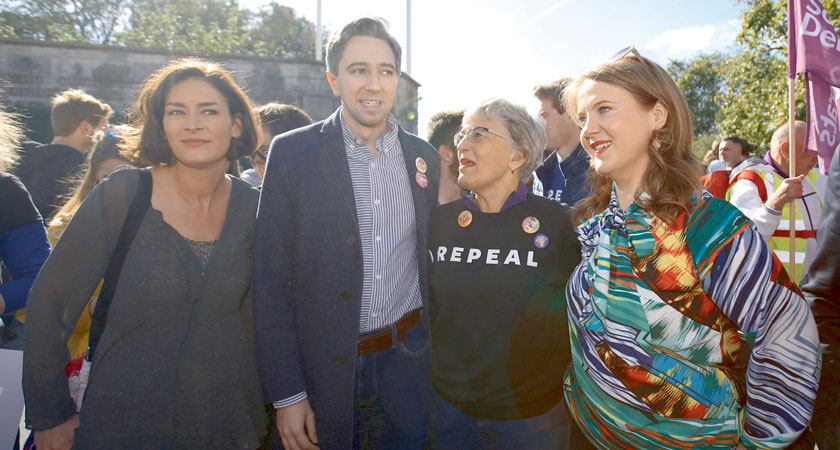 “But it’s also a time to honour those who lost their lives to the Eighth Amendment, and to make a promise that we will continue to fight until abortion is available for all people on the island of Ireland, including our comrades and siblings in Northern Ireland, and those whose circumstances will not fall within the bounds set by the new law.

“We will make sure they’re not forgotten.”

Minister Harris today addressed the ARC’s concerns over the time taken on the legislation, saying he wanted to make sure “we get it right”.

However the Pro Life Life Campaign said the minister was ‘railroading’ the legislation through the Dáil. 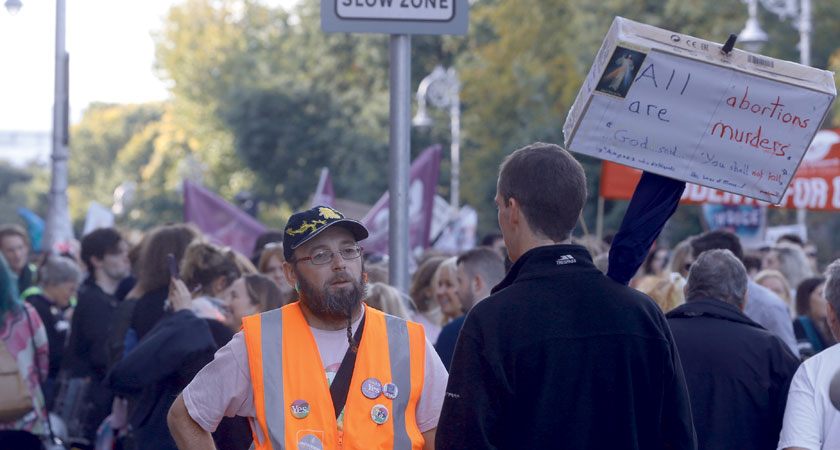 “Minister Harris promised during the referendum campaign that there would be ‘ample time’ to debate the provisions of the abortion legislation,” they said.

“Like so many of the other promises Mr Harris has made, he is now reneging on that commitment so he can railroad his proposal through the Dáil.

“It is clear that he and other supporters of the repeal campaign are uneasy about letting the public know too much about what the abortion legislation entails.

“No matter how much the Government and others try to censor that debate, the truth will get out about the injustice and extreme nature of the Government’s abortion proposal.”