IRELAND'S Chief Medical Officer Dr Tony Holohan says that if Covid-19 cases drop enough over the coming weeks, the country could be in for a "decent Christmas".

It's been just under a week since Ireland moved to Level Five of the Government's Living With Covid Plan.

Restrictions are due to stay as they are until December 1, but a review of the situation is due towards the end of November.

Fears have been mounting that lockdown could be extended into the Christmas period, but Dr Holohan allayed those concerns.

During an appearance on Friday's Late Late Show, Dr Holohan was asked if he believed it were possible for Ireland to have a "decent Christmas" if case numbers dropped. 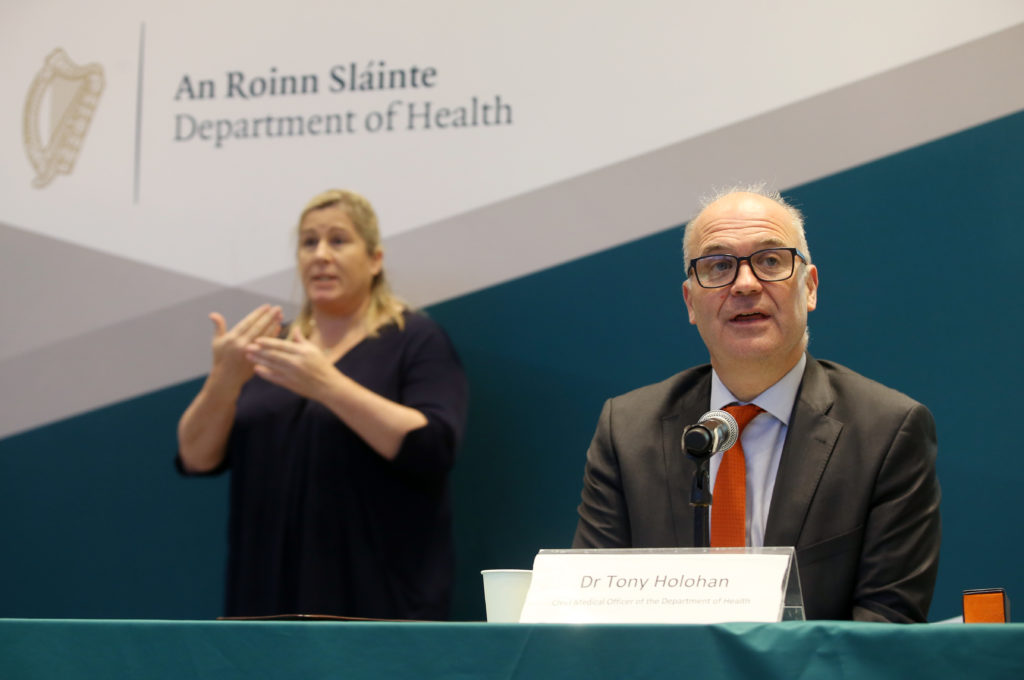 "Our hope would be that we can get the infections down to a level we can manage.

"The lower they go, the better we'll do, the longer it will take for the infections to rise again.

"In simple terms, it would matter greatly if we went into Christmas with 500 cases a day, or 50 cases a day.

"We don't want to be in a situation where we have to ask people to restrict very substantially the things we hold dear at Christmas time.

"That would be difficult for all of us.

"But there are things that will have to be different. We're not going to go back to a Christmas like we knew last year."

The country is due to move back into Level Three in December, but things could change. It all depends on the statistics, according to Holohan.

On Monday, it was reported that signs were generally quite good for the country, and that the positivity rate in testing had dropped for eight days straight.

Government agrees to open restaurants and gastropubs in December, despite NPHET protests