THERE "must be" local people in Galway who "know more" about the burial of children born at the Mother and Baby Home in Tuam than was disclosed to Government investigators, the Minister for Children has said.

Publishing the Mother and Baby Homes Commission of Investigation's fifth interim report on Wednesday, Katherine Zappone urged people living in the west of Ireland town to come forward with more information about the notorious burials.

Almost 1,000 babies and children died between 1925 and 1961 at the former maternity institution in Tuam, where unmarried mothers were sent to give birth under the oversight of Catholic nuns belonging to the Bon Secours Sisters order.

In its latest report, the inquiry into the scandal encouraged people in the surrounding area to come forward. 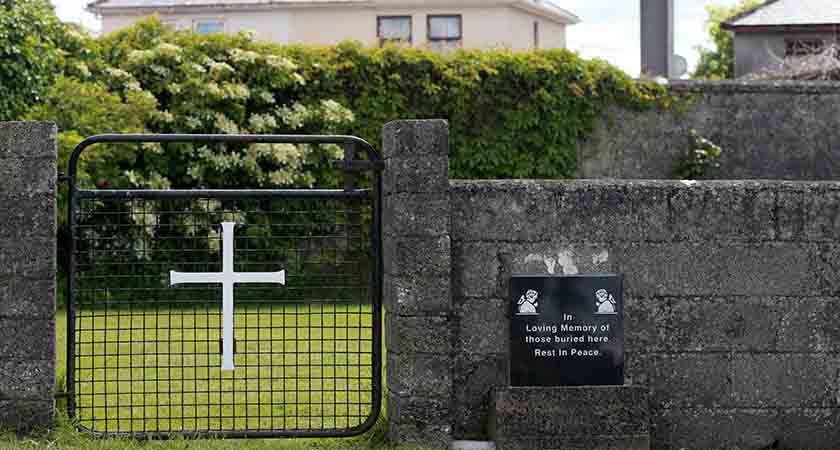 The 95-page document examines the burial arrangements of several former institutions currently under investigation by the Commission, and states that some 937 children and babies died in Tuam – either at a workhouse in Glenamaddy or the Tuam home itself.

The report also reveals that a total of 802 of the children were found to be buried at Tuam – a "significant" number of whom were "legitimate" children accompanied by a parent – after the scandal was uncovered and publicised by local historian Catherine Corless over the past decade.

The Glenamaddy workhouse had its own burial ground, and the inquiry found that 79 children who died there are most likely be buried on the site – but there is no burial register available for the site that can be verified.

The report is highly critical of the Bon Secours Sisters as well as Galway County Council, which owned the Tuam home.

It said council members and staff must have known something about the manner of burials when the home was in operation, as employees would have been in the grounds "quite frequently" as they carried out repairs to the home and "possibly" also maintained the grounds.

Media reports have often cited a "septic tank" or "sewage tank" on the grounds of the Tuam home as having contained many bodies, but the report says that this was in fact a second structure with 20 underground chambers.

However, the report concedes that the initial use of this structure is unknown and it could have been used for treatment of water or containment of sewage. 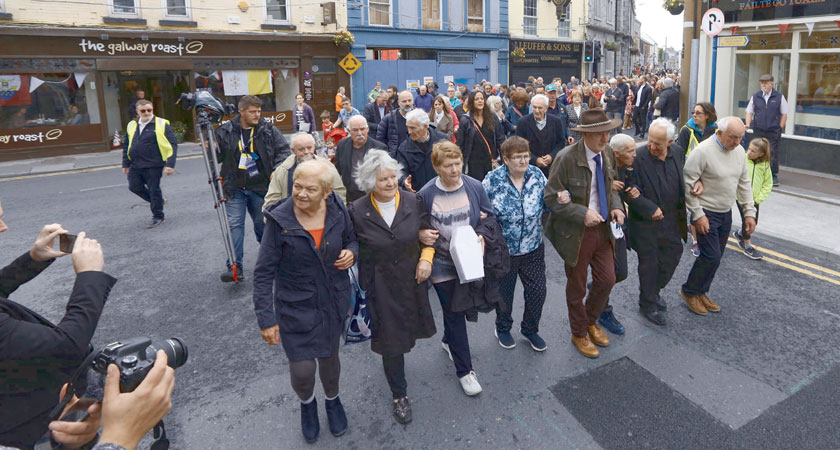 It further states that it is clear that many of the children who died at the Tuam home are buried in these underground chambers, dating back to 1937.

Children who died at Tuam before 1937 are unlikely to have been buried in the chambers, but in the already existing memorial site on the grounds. The report has also found that the burial ground may extend beyond the existing memorial garden.

Speaking in Dublin after the report's publication, Minister Zappone said: "There must be more people in the Tuam area who know more about the burials arrangement than was made available to the Commission.

"If anyone has that information, please forward.

"The Government is supporting my proposal that the Commission’s report be referred to relevant ministers and then to specific authorities for consideration of any appropriate action including An Garda Siochana, the Coroner’s service and relevant burial authorities.

"My plea this morning, especially to the relevant people who may be out there is this, let us know where they are buried.

"Please come forward and tell the truth, let us acknowledge them with that truth, that they lived and died and maybe then finally they can be treated with dignity in death and this is my hope."

The report as unveiled by Minister Zappone also says there is "very little basis for the theory" that children whose deaths appear in the records of the Tuam home, but for whom there are no burial records, were "sold to America".

A spokesperson for the Tuam Babies Family Group told RTÉ News that there were serious issues around the interim report.

Anna Corrigan – whose brothers William Joseph and John Desmond Dolan vanished after being born at The Home – said issues relating to Tuam were criminal and insead a matter for the coroner and Gardaí, who she said "need to step up and do their job".

The Mother and Baby Homes Commission of Investigation's full report is not expected to be released until next year.