TWO IRISH towns have been named as Honorary Quidditch Towns in celebration of a newly released Harry Potter book.

The fictional sport found in the Harry Potter series has spawned its own spin-off series, Quidditch Through The Ages, and real-life sports teams across the world-- multiple Irish universities boast their own Quidditch teams, who play each other in tournaments throughout the academic year.

And within the books, real-life towns in Ireland and the United Kingdom are noted as having their own Quidditch teams, including in County Kerry and County Antrim.

Now, in celebration of the release of Quidditch Through the Ages: Illustrated Edition, which hit book shops on 6 October this year, towns across the UK and Ireland have been named as Honorary Quidditch Towns.

Kenmare, County Kerry, the canonical home of the Kenmare Kestrels Quidditch Team, and Ballycastle, County Antrim, home of the Ballycastle Bats, have been gifted with signs, banners and goal hoops bearing their teams' crests. 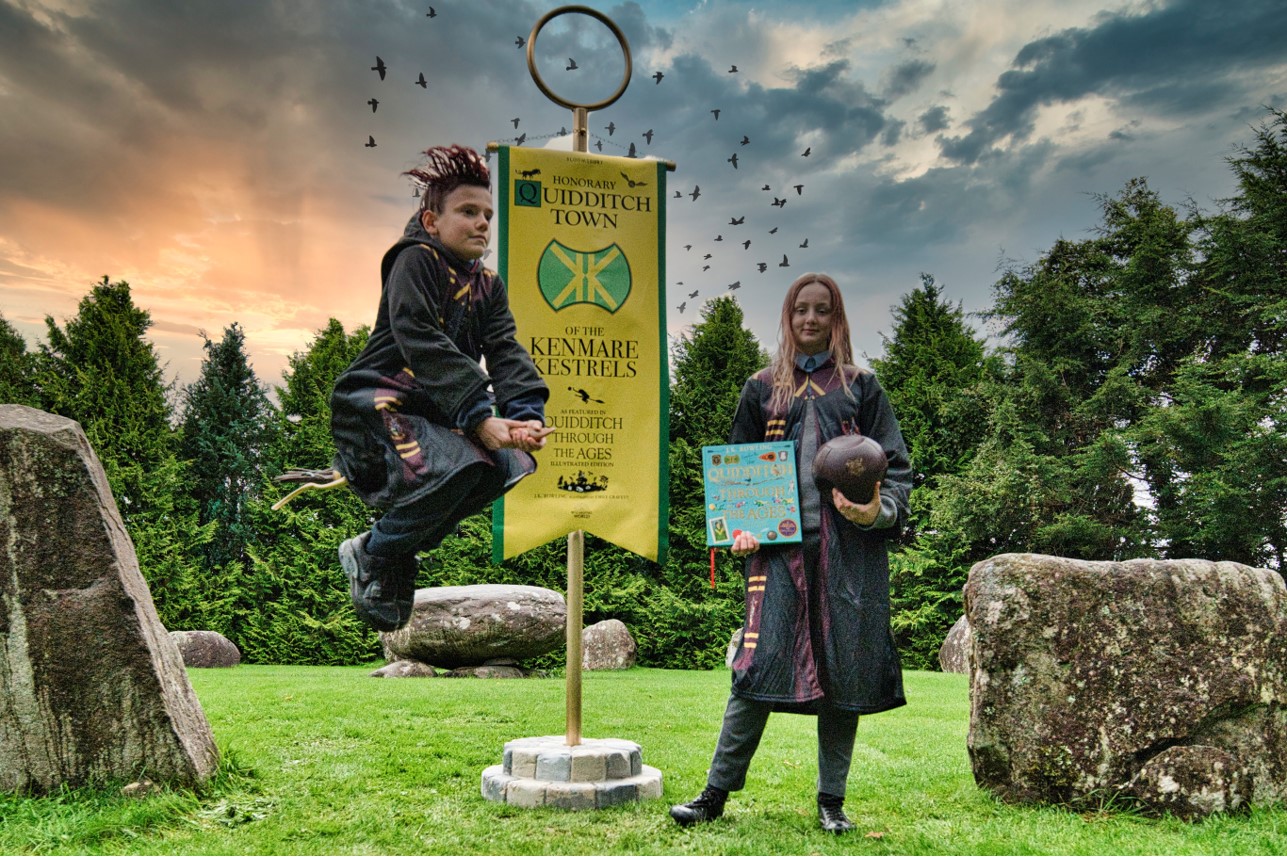 Harry Potter fans can visit the towns and experience Quidditch in a way never-before-seen-- and it's been welcomed by the towns themselves, too, with the Mayor of Kenmare town happily posing for a photograph next to their new sign. 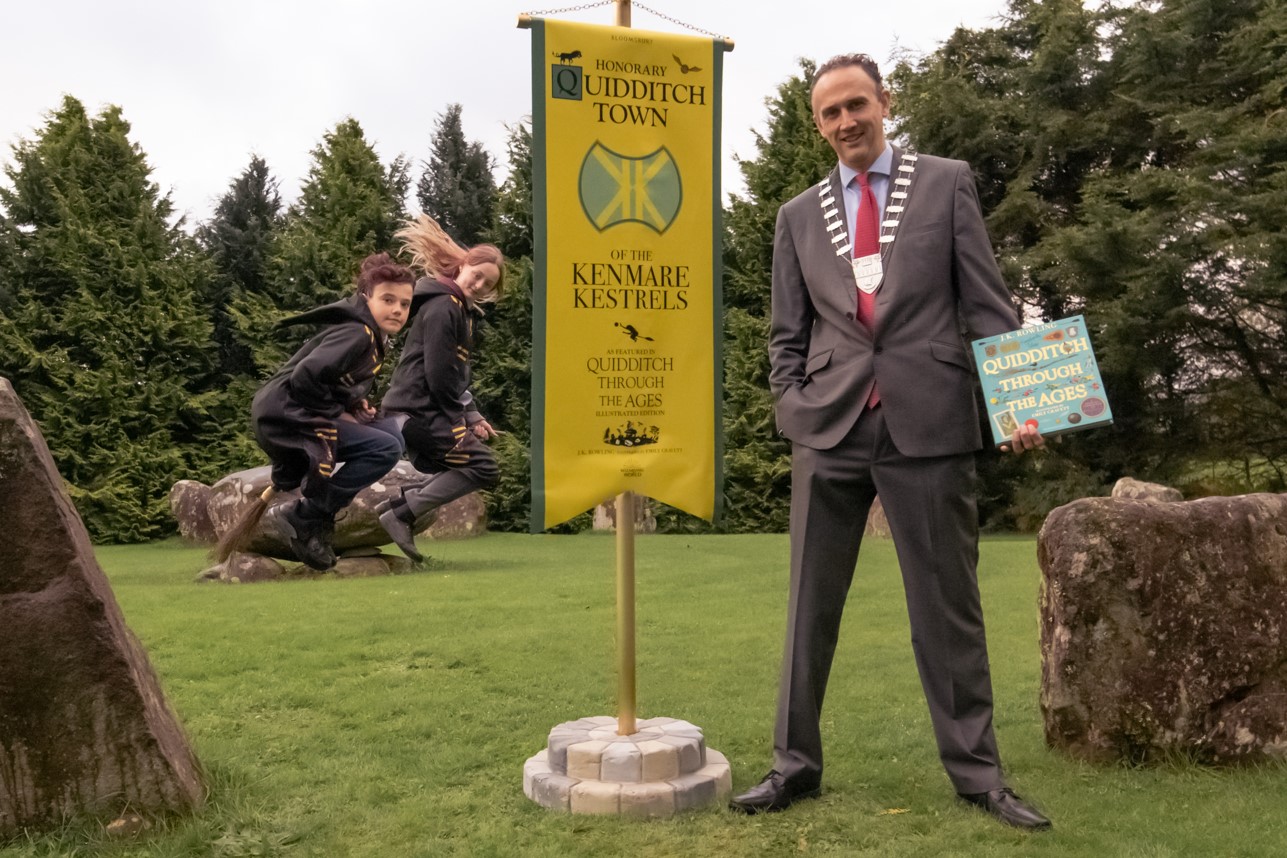 "We’re really proud to recognise Ballycastle as an Honorary Quidditch Town alongside ten other towns and villages across the United Kingdom and Ireland.

"Quidditch captured the imaginations of children and adults across the world, and the new book Quidditch Through the Ages, beautifully illustrated by Emily Gravett, is a magical companion for those who want to immerse themselves in the wizarding world of Harry Potter."

Eleven towns across Ireland and the UK have been named as Honorary Quidditch Towns; the towns, and their teams as seen in the books, are as follows: