The Gypsy King swapped boxing gloves and Michael Buffer for grappling, power-slams and Michael Cole for one night only, and the undefeated heavyweight boxer became an undefeated wrestler thanks to one swift right-hook.

He 'knocked-out' Strowman with more-or-less his first proper punch to the face, smashing the giant out of the ring and winning the bout after his opponent failed to get back in the ring before a 10-count from the referee. 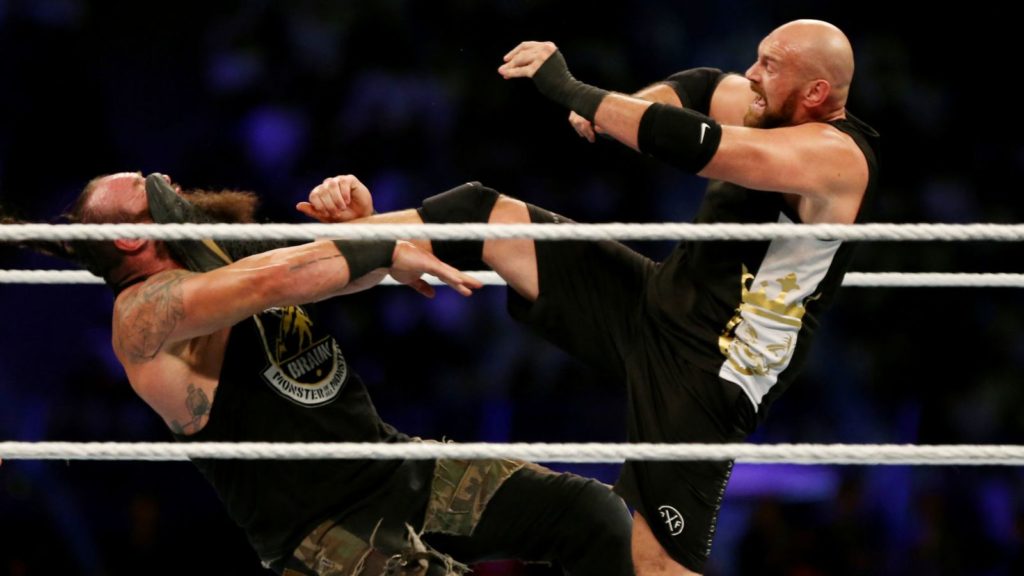 What preceded the killer-blow was five minutes of the British boxer, who has roots in Galway and Belfast, getting into submission manoeuvres, using kicks, getting shoulder-barged and generally throwing himself around the squared-circle.

Was it weird? Yes. Was it also oddly captivating? Absolutely.

The 6"8 'Monster Among Men' Braun Strowman is every bit as menacing as Fury himself, looking like a lumberjack stuffed with newspapers and mincemeat.

Whatever your opinion of WWE may be, like any art-form, it takes skill, dedication and hard-work to get to the top. And Fury, despite only a four-week build-up to the event in Riyadh, Saudi Arabia, managed not to look out of place. 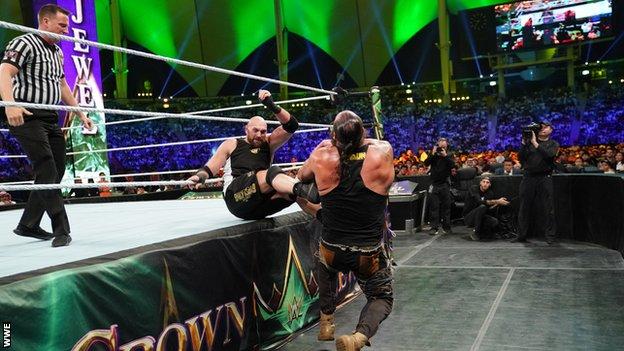 Fury didn't look out of place despite barely having time to train or practice (Credit: BBC)

It wasn't particularly crisp or smooth, but after grappling on the floor, writing in pain when he was kicked in the face and playing to the crowd at every opportunity, it quickly became obvious that the Gypsy Kings 'gets' sports-entertainment.

The pomp and pageantry of the occasion was right up Fury's street. In fact, he seemed a lot better suited to the overall ridiculousness of WWE's showreel than the mainstay wrestlers themselves.

His ring-walk consisted of an entire bonfire night's worth of fireworks, before he emerged to the soothing soul sound of the Isley Brothers' It's Your Thing wearing a traditional Saudi thobe, playing up to the local crowd. 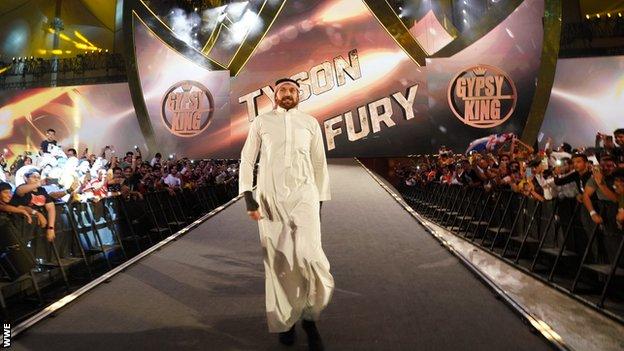 During the match, Fury mimicked The Undertaker's patented 'sit-up', perhaps also paying homage to his miraculous recovery after being knocked-down in the 12th-round against Deontay Wilder last year.

At one point, he yelled "this is my ring you piece of trash" and even called Strowman a "p***y" when he walked left the ring after blind-siding a celebrating Fury after the match.

The bout reportedly netted the boxer around £12 million, and he refused to rule out a WWE return (as you'd imagine for that kind of dough), but insisted his sights were set on a rematch with Wilder.

"I've got a big fella called Deontay Wilder to see to, and then we see where we go from there," he said.

His boxing career is still alive and well, but a future for him in Vince McMahon's whack and thwack shack looks well and truly open.