TYSON FURY defeated Derek Chisora for the third time to retain his WBC world heavyweight title before calling out rival Oleksandr Usyk in a ringside rant.

The second-generation Irishman fronted up to the Ukrainian after his 10th round stoppage of Chisora at a sold-out Tottenham Hotspur Stadium on Saturday.

Fury, 34, was totally dominant against Chisora, the challenger battling valiantly despite being rocked by a series of uppercuts and powerful right hands throughout.

Chisora was undeterred and bravely continued to surge forward, but by the 10th round, referee Victor Loughlin had seen enough and halted proceedings.

After the routine victory over pal Chisora, Fury — who defeated Ukrainian Wladimir Klitschko in 2015 for the IBF, IBO, WBA and WBO titles — then turned his ire towards Usyk, who was watching ringside. 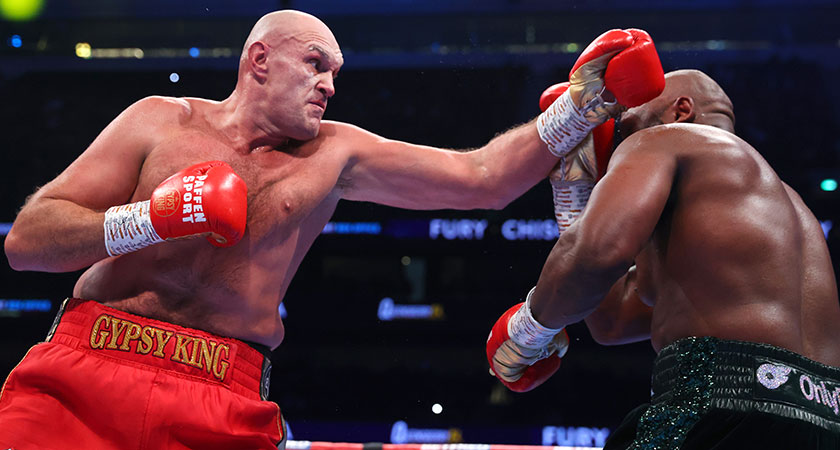 Usyk made his way to the ring and as the pair stood face to face, Fury continued his rant, which included a dig at Usyk's previous opponent, Anthony Joshua. 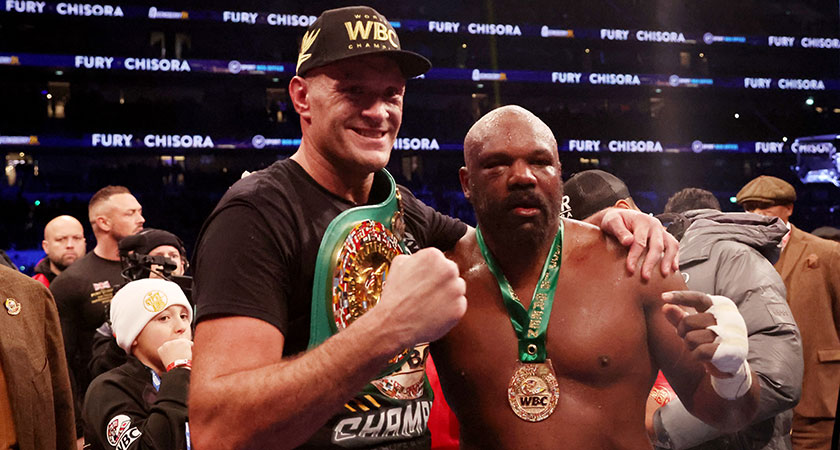 Fury and Chisora after their clash (Image: Warren Little/Getty Images)

"I already done one Ukrainian in Klitschko, didn't I? And I'll do you as well, gappy teeth.

"You may laugh now, but I will end this little sucker, end you, end you!"

Both Fury and 35-year-old Usyk are undefeated, with the Manchester boxer winning 33 (24 by way of knockout) and drawing one.

Saturday was his third meeting with Chisora, winning by unanimous decision in their 2011 bout before Chisora's corner pulled him out after the 10th round in their 2014 clash.

He defeated Joshua by unanimous decision in 2021 before a split decision victory over the former two-time unified heavyweight champion in August.