U-Shane Bolt: An Irish international has been revealed as the Premier League's fastest footballer

THE PREMIER LEAGUE is known around the world for its explosive tempo and unrelenting pace, so its fastest player must be pretty nippy.

Players such as Arsenal's marauding right back Hector Bellerin and Leicester City's blistering goalscorer Jamie Vardy have all won plaudits in recent for seasons for their exceptional fleet-footedness.

Vardy’s ability to latch onto through balls with his lightning feet was one of the biggest reasons behind Leicester’s unprecedented title win last season.

Football data crunchers Opta have studied statistics from across the division to discover the player with the single fastest sprint speed in England.

Welshman Gareth Bale is often cited as one of the fastest footballers ever to have graced the Premier League, but thanks to Opta’s findings it looks like a man from the other side of the Irish Sea can now claim to have joined the club.

So who is the mystery Irish speedster? 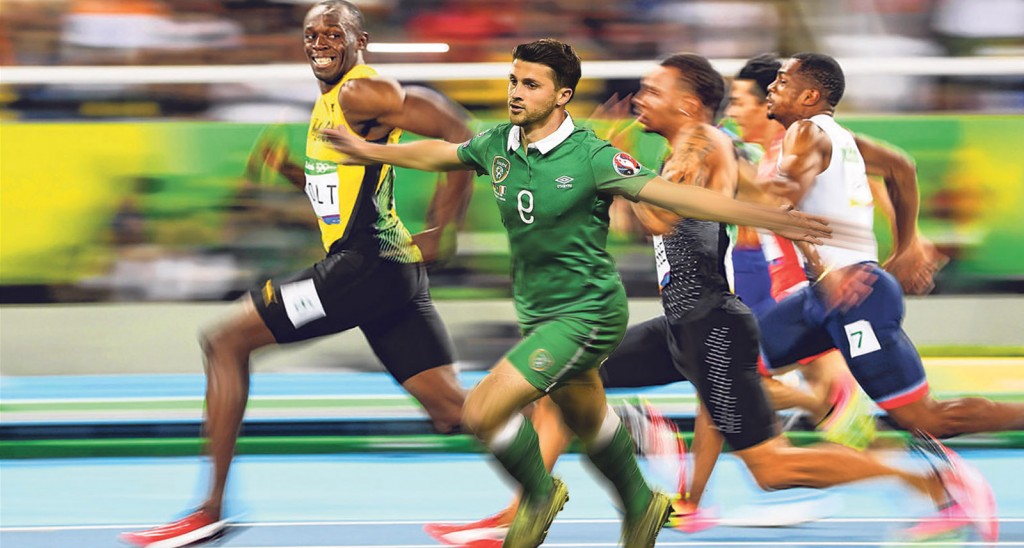 Although Shane Long is known for his nippiness around the park, it will come as a surprise to many that the 29-year old Tipperary man has beat out speedy names such as Theo Walcott, Kyle Walker and Antonio Valencia.

Long was clocked at an incredible rate of just over 35 kilometres an hour playing for his club Southampton, which equals to around 22 miles per hour

Just for comparison, 100 and 200m world-record holder and track superstar Usain Bolt clocked in at 27.8 miles per hour at his fastest ever speed back in 2008.

As the world's fastest land animal the Cheetah has a top speed of around 68 miles per hour - meaning Shane Long is officially a third as fast as the quickest legs on Earth - but equally as tenacious.

Here's the top 10 in reverse order:

Restarting public Masses early would ‘suffering and loss of life'