U2 frontman Bono has revealed he has a half-brother he was only made aware of when he was an adult.

The singer spoke about his brother, 'whom I love and adore', to Desert Island Discs host Lauren Laverne.

Bono's mother, Iris — who died of a brain aneurysm in 1974 when he was 14 — did not know her husband Bob had fathered a child with another woman.

On the BBC Radio 4 show, the singer said he was 'at peace' with the matter.

As reported by BBC News, Bono told Laverne: "I have another brother, whom I love and adore, who I didn't know I had."

He added: "It's a very close family and I could tell my father had a deep friendship with this gorgeous woman, who's part of the family, and then they had a child.

"And this was all kept secret."

Bono — who has an older full brother called Norman — learnt of his half-brother in 2000, by which time U2 were one of the most successful bands in the world. 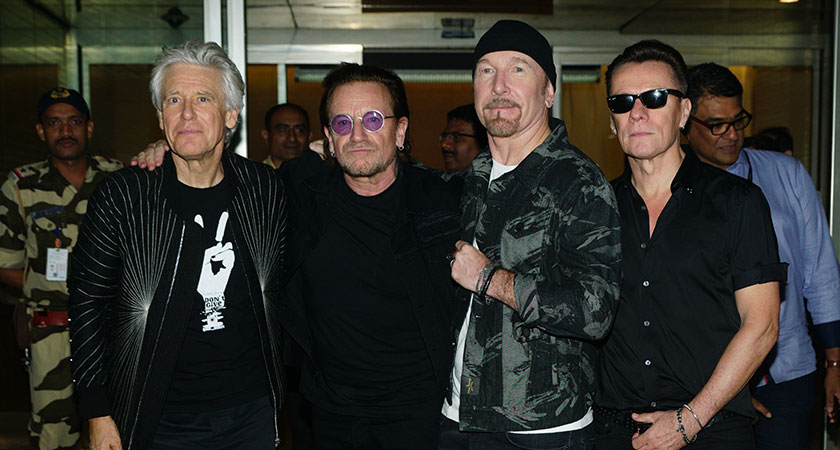 The singer discussed the issue with his father before he died from cancer in 2001.

"And I said, how could this happen, and he said, 'It can', and that he was trying to put it right.

"He wasn't apologising, he was just stating, these are the facts. And I'm at peace with it.

Bono added that after his father's death, he prayed to him for forgiveness, having felt he had not supported him in the wake of Iris' passing.

"I got on my knees, and I just said, 'Look, I'm sorry I wasn't there for you, you went through a lot, please forgive me', and I felt free," said Bono, according to Mail Online.

He added: "I had a complicated relationship with Bob. You know I am sure I was hard to deal with — the annoying gene would have been very present.

"He didn't know quite what was going on and I subsequently understood he was coping with other stuff in his life.

"I feel like I wasn't there for him really in a way I should be."

U2 were already firmly established before 1987's The Joshua Tree propelled them to global stardom.

Desert Island Discs with Bono airs on BBC Radio 4 on Sunday, June 26 at 11.15am (BST), after which it will be available on BBC iPlayer in Great Britain and Northern Ireland.