Unionist left embarrassed after slamming Irish fans for 'terrorist banner'... only to be told it's the flag of Munster

Sometimes it's better to remain silent and be thought a fool than to speak and remove all doubt, as they say.

The Republic of Ireland's 0-0 draw with Northern Ireland last night may have ended in an anticlimactic stalemate – but there was plenty of entertainment off the field.

From the home crowd booing 'God Save the Queen' to the away fans shouting down James McClean, the incidents surrounding the game in Dublin were arguably more engrossing – and this really takes the biscuit.

Jamie Bryson, a prominent Unionist activist and Brexiteer, certainly did his best to add to the off-field drama, but he'd probably have been better served popping down to Specsavers than watching the footy.

The Northern Irishman tweeted his outrage after spotting what he thought was a sectarian banner depicting a man in a balaclava among the Green Army faithful. 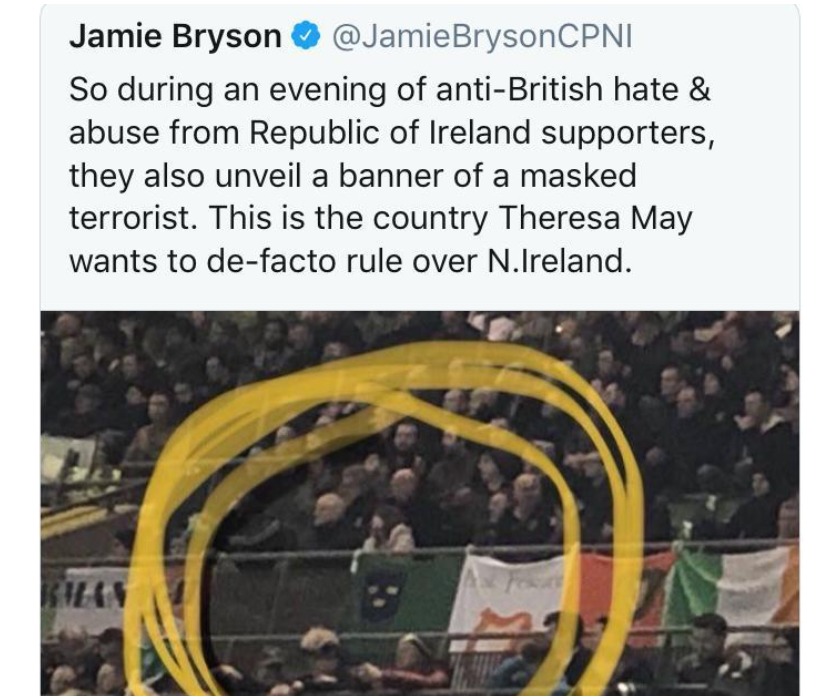 After sharing an image of the flag – which he hastily circled in his excitement – Bryson took aim at the home support.

He tweeted: "So during an evening of anti-British hate & abuse from Republic of Ireland supporters, they also unveil a banner of a masked terrorist.

"This is the country Theresa May wants to de-facto rule over N.Ireland".

Oh dear. It didn't take long before fans of both nations broke the news to Mr Bryson that the "banner of a masked terrorist" was in fact the flag of Munster, with no balaclava in sight. 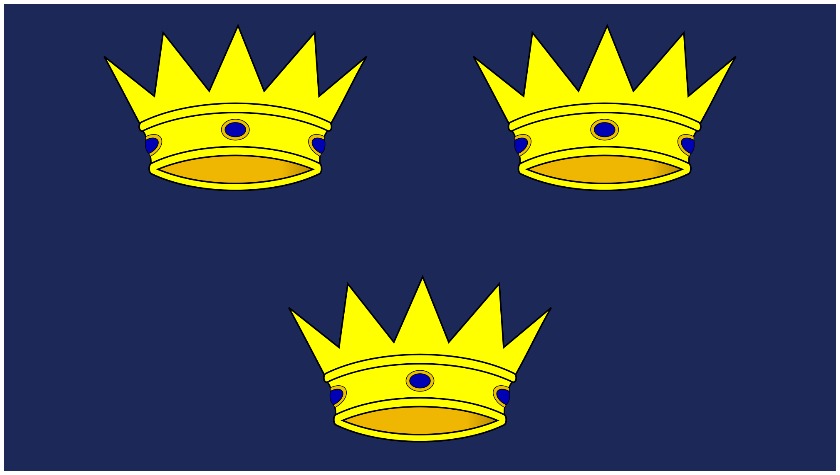 The loyalist even had the cheek to tell those correcting him "better luck next time", before backtracking on his claim when he finally realised his own idiocy.

"Well, it appears I may have made an error tonight & mistaken a Munster crest for a masked IRA man. Even I have to laugh at that one," he wrote – although the real laughs were at his expense.

Well, it appears I may have made an error tonight & mistaken a Munster crest for a masked IRA man. Even I have to laugh at that one. 😂

He added: "Aye, I got that one wrong. Rather funny actually. No problem accepting when I make a mistake."

Aye, I got that one wrong. Rather funny actually. No problem accepting when I make a mistake 👍

Perhaps one 'mistake' is forgivable, but there is clearly a pattern of behaviour here:

Jamie B read the deal "in its entirety" in three hours last night – 500-plus pages of dense legal text – while frothing incessantly on Twitter. Wee man's doing it again today. The late Stan Lee would have got a character out of it. Ulster is lucky to have him at a time like this pic.twitter.com/Yt2iaK4KoX

And then there's this cracker...

You literally started a magazine called the Unionist Voice.