A COLLEGE STUDENT at the University of California, Merced has discovered the fossilised skull of a triceratops believed to be around 65-million-years-old.

Harrison Duran was working at a dig site in the Badlands of North Dakota last month when he and professor Michael Kjellend - an excavator at Mayville State University - unearthed what they initially thought to be a piece of petrified wood.

After digging deeper, the two were astonished to discover it was actually the partial skull of a dinosaur, a triceratops. 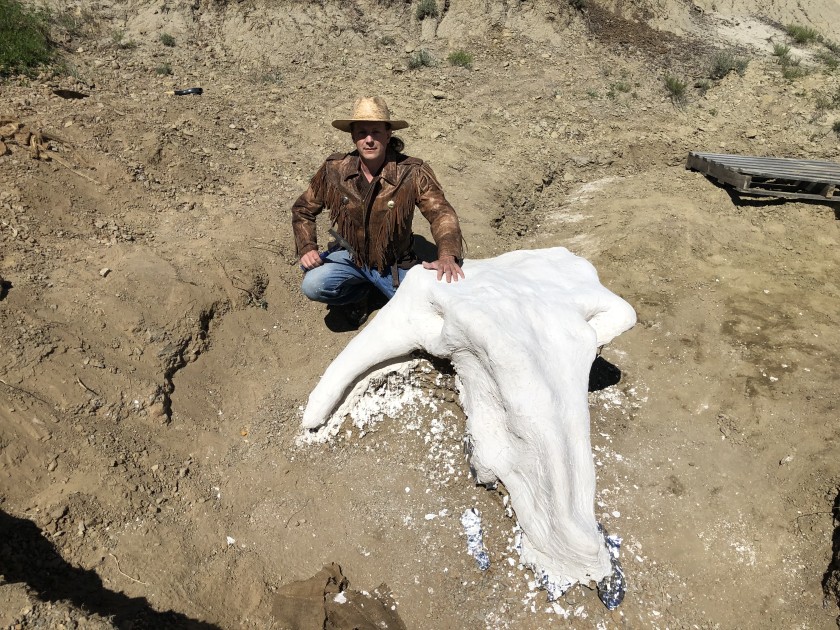 Kjellend posing with the fossil, which has been wrapped in foil and plaster for protection and transportation.

Triceratops was a herbivore from the late Cretaceous period. It's colossal skull was equipped with set of massive horns - for protection for T-rexs and the like - and a slab of bone at the top of its head created a steely helmet-like structure. Basically, if you ever travelled to a building site with one of them, they probably wouldn't really need a hard-hat. (because damn the rules/social convention).

The Badlands are considered to be something of an archeological goldmine, with a rich history of dinosaur fossil discoveries.

Duran spent his childhood begging his parents not take him to DisneyLand, but instead to the local tar pits where he could fuel his passion for paleontology. 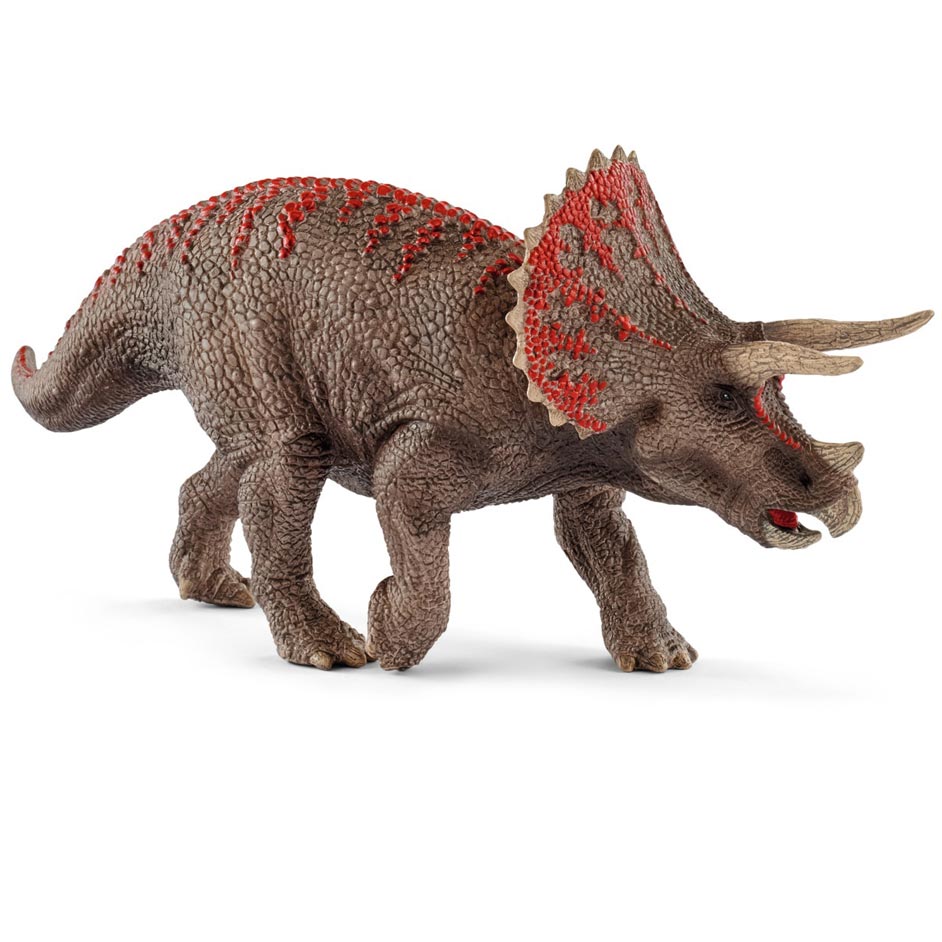 An artist's impression of what a triceratops looked like

He and Kjellend named their finding “Alice” in honour of the owner of the land where the skull was found.

It took around a week to fully, and carefully excavate Alice. The skull had to be stabilised initially with a specialised glue, due to the fractured and mineralised nature of the bones. Then, once fully unearthed, it’s then coated in foil and plaster before being wrapped in a memory-foam mattress for protection and transported to a secret location.

“It’s almost like dinosaurs have a mythose about them. They’re seen as mythological beasts, so it’s amazing to actually discover one, to remember that they were living, breathing animals at one point,” he said.

Security and secrecy is paramount when excavating fossils, particularly ones this size, as many people seek to steal the bones and sell them for a hefty price. 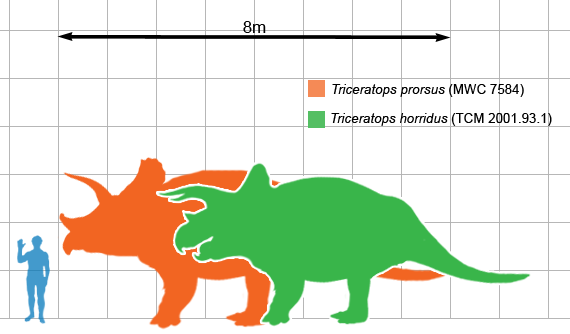 Just in case the picture of the fossil didn't give you idea of the scale of these beasts, here's what they'd look like standing next to you. (thanks for waving by the way)

Duran said finding the fossil was a long-held dream of his, and that he hoped the skull would be used to educate those with similar passions and not just sit quietly and gather dust with a private collector.

“The goal is to use this find as an educational opportunity, not just reserve Alice in a private collection somewhere so only a handful of people can see her,” he added.

“I think that the purpose is to spark interest with the public, not just with dinosaurs but paleontological and scientific discovery. I think for any kids out there that are passionate about one of these topics, I encourage them to follow that passion.”