US ARMY troops set to be deployed to Washington for the inauguration of Joe Biden may be investigated to ensure they do not sympathise with domestic terrorists.

Member of the US House of Representatives and Army Veteran Jason Crow has told Army Secretary Ryan McCarthy that all troops who are set to be deployed for Biden's inauguration should be investigated to ensure there are no domestic terror sympathisers amongst them.

Mr Crow's call comes after it was found that a number of pro-Trump rioters who broke into the US Capitol Building on Wednesday were active members of the military or had previously served.

According to Military.com, Mr Crow asked Army Secretary McCarthy that all military members involved in the riot receive fast-tracked investigation and courts-martial, and requested that National Guard troops deployed for the inauguration be investigated "to ensure that deployed members are not sympathetic to domestic terrorists".

The outlet reports that Secretary McCarthy "agreed to take additional measures" but did not expand on what these measures may be. 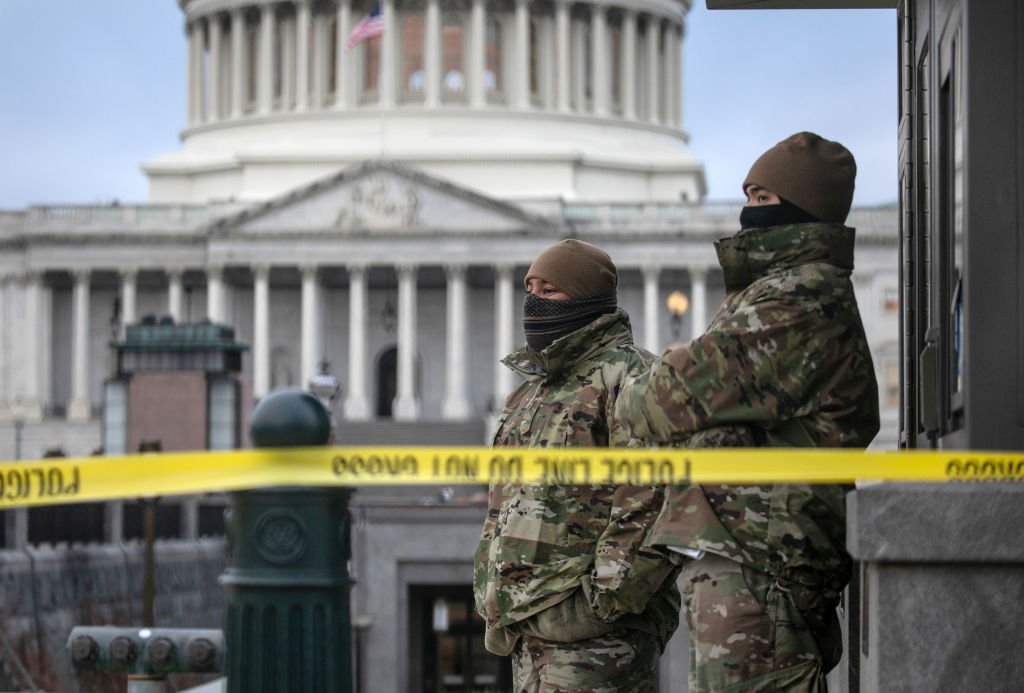 WASHINGTON, DC - JANUARY 08: DC National Guard troops stand watch at the U.S. Capitol on January 08, 2021 in Washington, DC. Fencing was put up around the building the day before, following the storming of the Capitol by Trump supporters on January 6. (Photo by John Moore/Getty Images)

Mr Crow, himself a former Army Ranger, was present in the Chamber when the Trump mob broke into the building, and took cover with other lawmakers as hundreds stormed the Capitol, eventually making their way inside the chamber.

Military.com reports that Mr Crow instructed his fellow lawmakers to remove their badges so they were less likely to be identified should the mob find them, and hid a pen in his pocket in case he had to use it as a weapon.

In the aftermath of the riot, he told CNN that as he was forced to take cover, "I haven't felt that way in over 15 years, since I was a Ranger in Iraq and Afghanistan".

At least 25 Domestic Terrorism cases have been launched since Wednesday's attack on the Capitol, and the FBI are continuing to ask the public for help identifying those who were present.

'I'm the only Irish man you've ever met who's never had a drink', Biden tells the Pope