A MOTHER-TO-BE has branded "gross" online after it was discovered she had decorated a cake celebrating the news with what appears to be a used pregnancy test.

The unnamed woman's unusual bake  - which featured the words 'We're pregnant' iced under the stick - was shared on the cake-shaming Facebook page Well, That's Certainly A Cake Wreck and promptly hit by a wave of criticism for her "lack of hygiene".

One commenter wrote: "You literally p****d on that stick, but sure, go ahead and stick it on top of the cake."

Another wrote: "That's f***ing gross. Hands down no amount of bleach that could ever make that OK."

A third added: "Dude, I don't care if you put the lid back on it... don't stick something you peed on on a cake! That should not have to be said!" 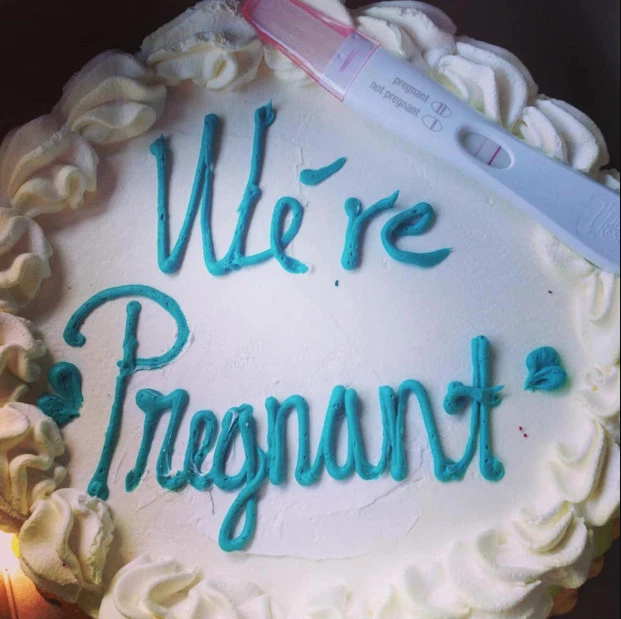 However, some hopeful users thought the test could be a "realistic" cake topper.

One commenter wrote: "Maybe the pregnancy stick is just very realistic fondant? Somehow I doubt that though."

Another added: "A malformed fondant pregnancy test would be better."

Others even argued the phrase "we're pregnant" is outdated.

Another added: "I get irrationally bothered by people saying 'we're' pregnant when referring to a couple in which one person is carrying the child."