REPUBLIC OF Ireland manager for the women's team Vera Pauw has today confirmed that all of her squad have received the Covid-19 vaccine ahead of the World Cup qualification opener against Sweden.

A media storm erupted in the men's team when West Brom forward Callum Robinson gave his stance on the vaccine. Robinson clarified it was his choice as the sole reason for not taking it. Robinson wasn't the only player to have not taken up the jab, 40% of Stephen Kenny's 26 man squad has followed suit.

The women's team hasn't been the case; it's reported that only one player, not included in Pauw's 27-player squad, has not taken vaccines for medical reasons. The squad has been named today for the double header that includes a trip to Finland on October 26th. 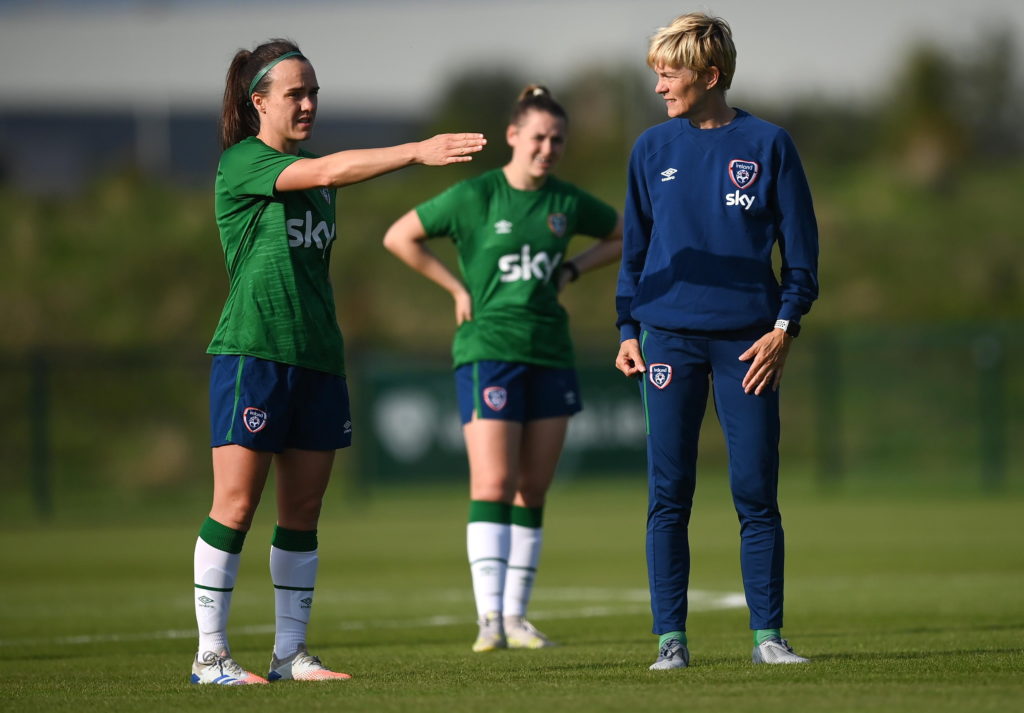 “She cannot have any vaccinations, including others like yellow fever, because of her allergic reactions to that,” explained Pauw.

“It would not be a reason to leave her out. We would protect her in our bubble."

Ireland played a formidable Swedish team, who are second in the world rankings and won silver  at the Olympic Games. They ended a seven-game losing streak in spectacular fashion by beating Australia 3-2 in a friendly last month.

Their first scheduled qualifier of the campaign to reach the 2023 was postponed due to red list restrictions for passengers returning to the UK from Georgia.

“Performance is never constant so after a huge high, it’s so difficult to get that high again.

“I think that the pressure of playing the second-best team in the world will give the awareness that we have to perform at that level again. That there’s no way that we can even think for a moment that it’s an automatic process.” Injuries rule out Keeva Keenan, Claire O'Riordan, Megan Campbell, Alli Murphy, Clare Shine (ankle), Ruesha Littlejohn (foot), Isibeal Atkinson (quad) and Hayley Nolan (shoulder).

The squad will begin their preparations at the FAI National Training Centre this Sunday.

All arrivals to Ireland will require negative Covid test from Friday