22nd November 1974: The wrecked interior of the Mulberry Bush public house, Birmingham, after the explosion of a bomb planted by the IRA. Another bomb exploded on the same night (21st November) at the Tavern in the Town, Birmingham. 19 people lost their lives in the two explosions and many were injured. (Photo by Wesley/Keystone/Getty Images)

A HEARING that could result in the reopening of the original 1974 Birmingham pub bombings inquest has begun in Solihull.

Families of the 21 victims who were killed in the attack arrived at Solihull Coroners' Court for the three-day hearing this morning.

The original inquest was closed in 1975 and it was never reopened after the wrongful convictions of the Birmingham Six were quashed in 1991.

The bombings are widely accepted to have been carried out by the IRA, however, no one has ever been successfully convicted.

The devices, which exploded in the Tavern in the Town and Mulberry Bush pubs on November 21, 1974 also left 182 people injured.

A lawyer for three of the victims’ families, Ashley Underwood QC, told the hearing that West Midlands Police had an IRA 'mole' who informed them of the imminent attacks.

He said officers may have lied to get convictions for the Birmingham Six to cover up their ‘mole’ and the fact they may have known beforehand about the attacks. 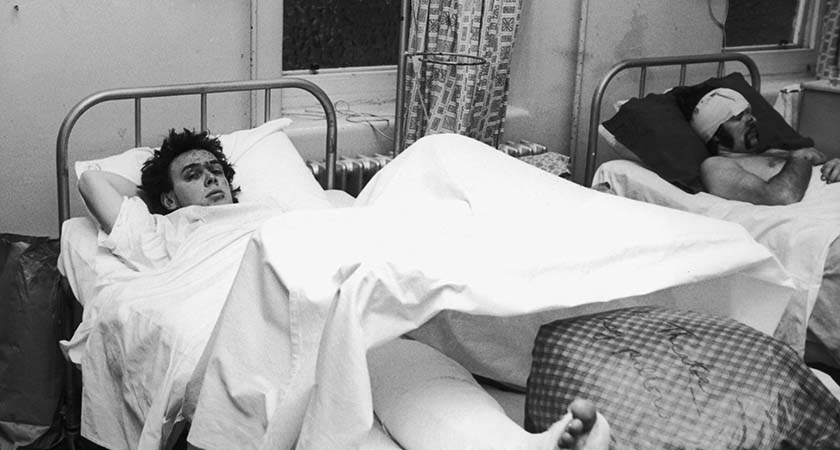 Stuart Smith, 23, was one of those injured in the attacks (Photo: Getty Images)

Mr Underwood described the wrongful convictions as the most serious miscarriage of justice in living memory.

During the three-day hearing the senior coroner will hear from the families of three people who lost their lives in the attacks: Maxine Hambleton, Trevor Thrupp and James Craig.

Julie Hambleton, whose sister Maxine died, said: “Whilst we understand it's not a mechanism to prosecute it would provide the opportunity to look at surrounding circumstances.

"So, really it's a fact-finding process and on the basis of that we would be able to ask our own questions.”

As the leading figure for the campaign for new inquests, she added: “There’ll never be closure, because we cannot walk away from it. I’ll never get back my lovely, lovely sister.”

Jeremy Johnson QC, for West Midlands Police, said the new lines of enquiry regarding the possibility of fresh forensic evidence was now being followed.

The hearing is expected to reach a decision in two weeks' time.