VIEWERS will see inside Daniel O'Donnell's home as the singer has announced his house will undergo renovations on Irish television.

According to RTÉ, the singer and his wife Majella will appear on Room to Improve with architect Dermot Bannon in the new year.

Speaking to the The Sunday World, Daniel revealed that it was Majella, his wife of 14 years, who first approached the renowned architect for advice on redesigning their abode.

He said: "We were talking about doing some renovations to make it work a bit better for us.

"Majella was at a homes exhibition and Dermot was there so she approached him for some advice.

"She asked him if he'd come to Donegal to see the house, and Dermot then asked if we'd do the show.

"We weren't thinking about doing that show, but now we're doing it it's a much bigger job than we could have done ourselves.

"It's exciting because the house is going to be changed."

According to Bannon, who has hosted Room to Improve for 10 years, the redesign will focus on the picturesque views surrounding the 'generic' house, which include views of the Atlantic Ocean. 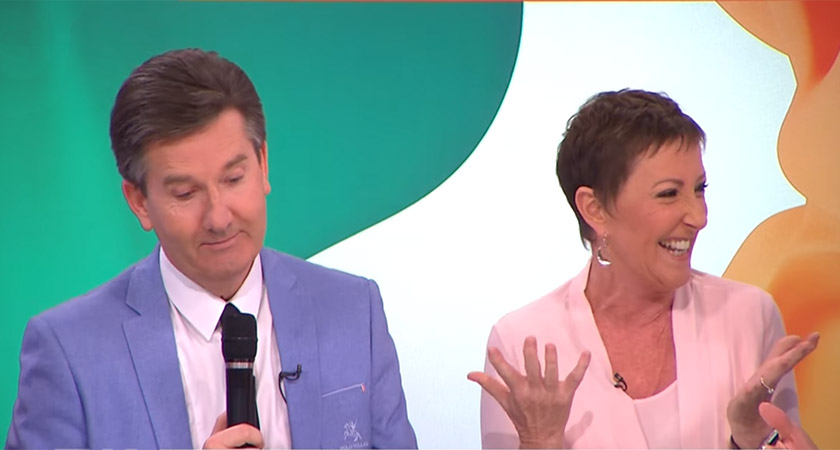 Daniel O'Donnell and his wife Majella have said there's already been 'a wee bit of drama' over the renovations (Via: YouTube/Loose Women)

He said: "Daniel and Majella live on the wild rugged Atlantic coastline within a breathtaking landscape of lush green carpet broken by a dramatic rockscape.

"The house is a typical generic house-type that you'll find all over Ireland and that can look alien in their setting and although the house is big, there was always something missing – a soul.

"The aim of the project is to reach out and become embedded in the landscape, but more importantly, finally create a home, a refuge that shrinks and wraps around them like a blanket from their hectic lives outside of its walls.

"This project shows that having all the space you need sometimes is just not enough."

Daniel also said there's already been 'a wee bit of drama' around the renovations.

"They are hoping to start the work next month and they say it'll be finished by Christmas but I think they'll need to go to Lourdes because that'll take a miracle," he said.

"We gave Dermot a budget and they are only getting the quotes in now. He came back with the budget spent to the last penny, so no doubt when we have our next meeting there will be drama.

"There has already been a wee bit of drama which you will eventually see on the show."