THE HSE has expressed concern at a rise in the number of children affected by an outbreak of measles in Dublin.

11 cases of the infectious and potentially very serious disease have been identified so far with the authorities warning that more could follow.

The HSE is particularly concerned for any children who may have attended Temple Street Children’s Hospital between July 25th and 27th and on Monday, August 6th.

The dates, times and departments believed to have been affected are:

The risk of developing measles can last anywhere up to 21 days after initial contact.

Common symptoms include a cough, runny nose, red eyes or a high fever. One of the most visible is a rash that starts on the head and spreads down the body.

Dr. Helena Murray, the Specialist in Public Health Medicine, said: "Measles can be serious and is highly infectious.

"The best protection is to be fully vaccinated with two doses of MMR (Measles, Mumps, and Rubella) vaccine."

People at increased risk of contracting measles include those who are not fully vaccinated with both doses of the MMR vaccine or who have not had measles in the past.

The time period between exposure to measles and developing the rash is usually 14 days but can range anywhere from one to three weeks.

Sufferers are infectious from four days before the rash appears until four days after. 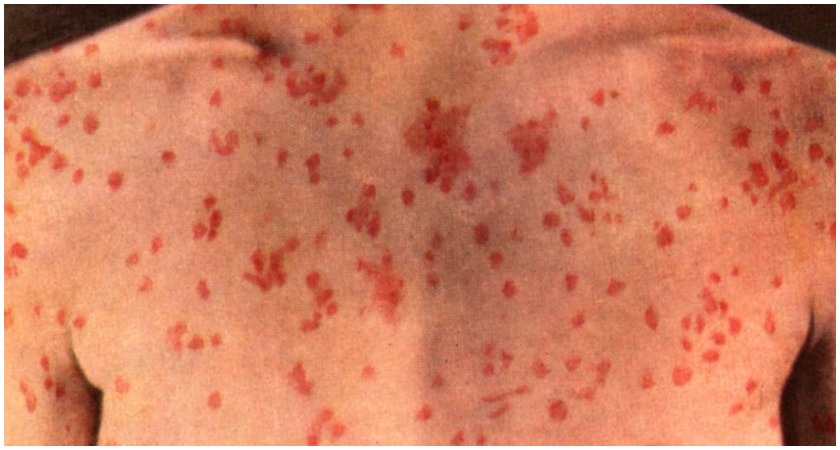 The number of confirmed Measles cases in Ireland has risen to a worrying seventeen.

Measures to prevent the spread of measles if you suspect you have it include:

Risk of measles from international travel:

There are ongoing outbreaks of measles in multiple countries in Europe and worldwide. Most of the cases in the EU in 2018 were reported from Romania, France, Greece, and Italy.

Most people who get measles on holiday do not know they were exposed until they develop the disease, the HSE said.

Unrecognised exposures to measles have occurred at airports, on planes, at concerts, in shops and healthcare settings.

So far this year, 31 deaths associated with measles have been reported in EU countries.

Vaccination remains the most effective measure against infection.

Young children aged 6-11 months who are travelling to other countries and regions where measles outbreaks are reported are recommended to get the MMR vaccine.

Older children should be age-appropriately vaccinated. Children who have missed their recommended doses should get the MMR vaccine from their GP.

Adults may be at risk of measles, particularly those under 40 years of age who have never had measles or two doses of a measles vaccine.