A FULHAM fan who was the subject of horrible online abuse was embraced by his heroes as they celebrated a goal against Bristol City.

Rhys Porter, 13, who has cerebral palsy, was subjected to thousands of hateful comments after posting a clip online of himself making saves.

However in heartwarming scenes at Ashton Gate on Saturday, the Cottagers included Rhys in their celebration after Aleksandar Mitrovic's opener.

A goal inspired by our no.1.

It follows an incredible few weeks for the young Fulham supporter after he was targeted by online trolls.

Turning the abuse into something positive, Rhys set up a fundraiser for the charity Scope, as part of their Make It Count campaign.

The teen then got the opportunity to train with the England national cerebral palsy football team.

Last weekend, Rhys was invited to Fulham's home game against Reading, where he took part in a half-time Q&A.

This week he visited Fulham's training ground, where he met manager Marco Silva and joined in drills with goalkeepers Marek Rodák and Paulo Gazzaniga.

"What he's doing is more of an inspiration than anything that any of us could ever do."

While there, he was surprised during a live TV interview with the BBC by Fulham defender and USA international Tim Ream, who described Rhys as 'an inspiration'.

And ahead of yesterday's game, he was included on the official website as an honorary player alongside club number one Rodák. 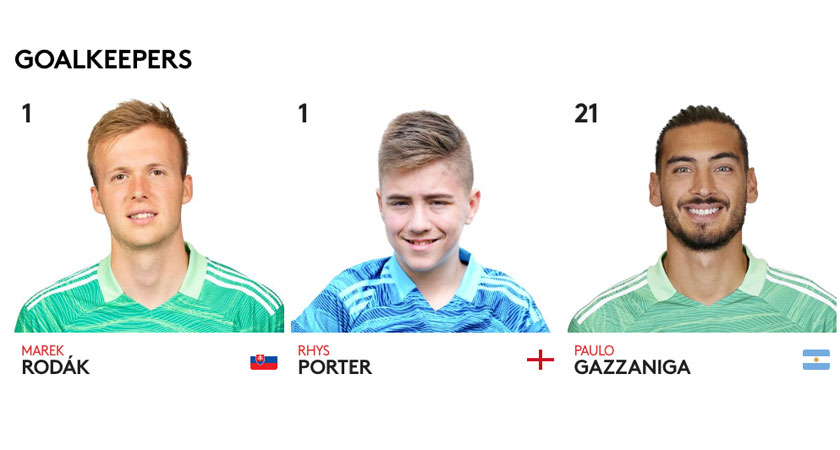 Rhys was included as an honorary player on Fulham's website

The result leaves the Cottagers in fourth place in the Championship.

Despite not winning, Ream again acknowledged Rhys' support after the game.

Not the result @rhysporter__ asked for but another cool moment shared and experienced. Well done to the boys for recognising the opportunity to share the celebration. We go again Wednesday 💪🏼💪🏼 your support is always appreciated 🙌🏻🙌🏻 https://t.co/vaAY3Kz2cJ

'When will I walk, Mummy?' - Family must raise £45k to fund daughter’s life-changing surgery