Which Irish surnames appear on the Pontins blacklist?

Pontins, which operates six parks in the UK, used the secret blacklist in a bid to stop families with certain Irish surnames from making reservations.

The Equality and Human Rights Commission (EHRC) investigated the issue after being contacted by a whistleblower, and the company has signed a legally binding agreement to stop discriminating against certain customers.

Which Irish surnames feature on the Pontins blacklist?

The following Irish surnames were banned by the firm:

How did Pontins screen out books from families with Irish surnames?

According to the investigation, which was first revealed by the i,  staff at Pontins would monitor calls and refused to accept bookings made by anyone with an Irish surname, or even an Irish accent.

If any bookings fell through the cracks, they would later be cancelled.

Why was Pontins screening out bookings from families with Irish surnames?

Pontins has not offered up an explanation but has agreed to change in its working practices.

There has been speculation it was part of a concerted effort to stop Traveller families from using its parks.

The Traveller Movement, a charity calling for better inclusion for Gypsies, Roma and Travellers, described the Pontins policy as "truly shocking" though added it was"not surprised".

"We frequently hear of Gypsies and Travellers being turned away from holiday parks because of their ethnicity," said its chief executive Yvonne MacNamara.

"This happens across the country on a regular basis; it is unlawful and completely unacceptable."

The Equality and Human Rights Commission (EHRC) said that in declining to offer its services to guests of a certain race or ethnic group, Pontins had been guilty of "directly discriminating on the basis of race" and were in breach of the 2010 Equality Act.

Alastair Pringle, executive director at EHRC, said: "It is hard not to draw comparisons with an 'undesirable guests' list and the signs displayed in hotel windows fifty years ago, explicitly barring Irish people and Black people.

"Banning people from services based on their race is discrimination and is unlawful. To say that such policies are outdated is an understatement."

"It is right to challenge such practices and any business that believes this is acceptable should think again before they find themselves facing legal action." 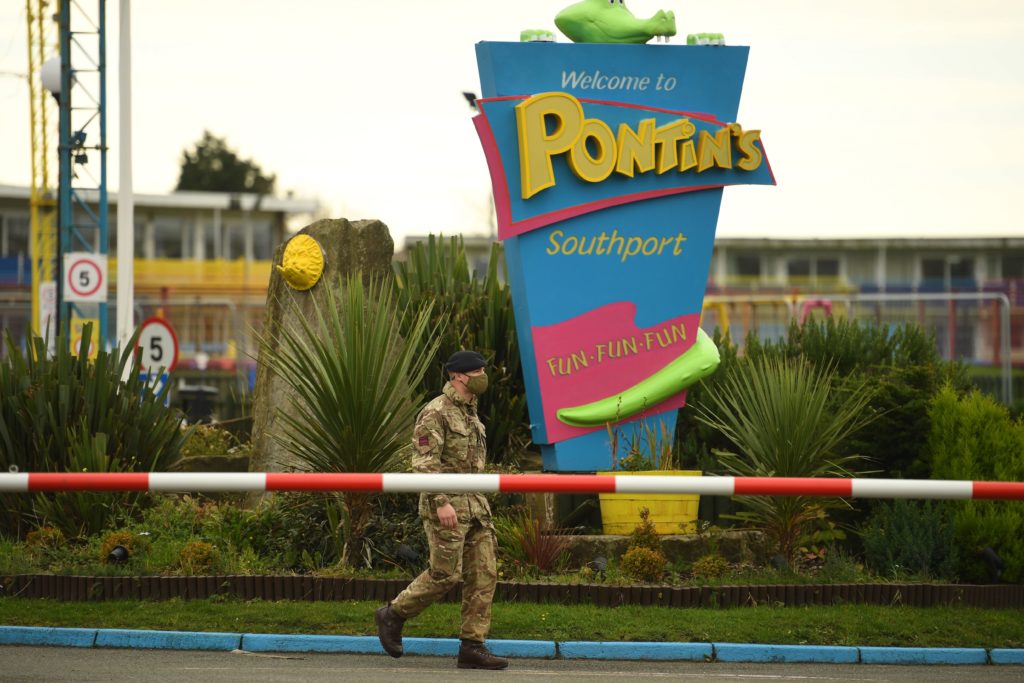 How long has Pontins used an blacklist?

The EHRC has not said how long Pontins had the policy in place.

According to the i, the list has been in use for at least six years.

How was the Pontins blacklist discovered?

The EHRC began investigating reports of the list in February 2020 following complaints from an unnamed whistleblower and the Traveller community.

What has Pontins said about the blacklist?

Pontins, which is owned by Britannia Jinky Jersey, has said it will "enhance staff training and procedures" and is taking measures "to promote equality throughout its business".

It is also planning investigate the "undesirable guests" list and take appropriate action to ensure lessons are learned.

Pontins will also commission a review into its booking and commercial vehicle policy. As part of the review it will also consider any recommendations, and establish more equality and diversity training for staff.

All of the above is part of a legally binding agreement that has been in place since February 22, 2021.

What did Boris Johnson say about the Pontins blacklist?

The British government has condemned the company's discriminatory policy, branding it "completely unacceptable".

"No one in the UK should be discriminated against because of their race or ethnicity," Prime Minister Boris Johnson's spokesman said today.

"It's right that the EHRC and Pontins investigate and address this."

What has the Traveller community said about the Pontins blacklist?

Director Sarah Mann said: "Our thanks go to the Pontin's whistle-blower for doing the right thing and to the Equality and Human Rights Commission for using their powers.

"We all have a choice when we see discrimination - to stand by or to challenge it. Nobody should be treated differently because of their ethnicity."