Whiskey distilling returns to Guinness in the Irish capital

DIAGEO, the owner of Guinness, is entering the Irish whiskey market.

The company is investing £18.6million in its own blend, which will be manufactured in a converted former power station at St. James’s Gate in Dublin.

Production will begin in 2019.

Diageo says the move is “to reflect modern, contemporary luxury, in everything from pack to liquid, and with a focus of making Irish whiskey more prominent in Europe’s booming cocktail culture”.

Diageo, the world’s largest distiller and the London-based producer of Johnnie Walker whisky, Smirnoff vodka and Guinness, will in the meantime begin selling premium whiskey, Roe and Co, from March this year.

Roe and Co whiskey is made from existing products from Irish distillers, with a 70cl bottle costing around £30.

The new brand is the work of Diageo’s master blender Caroline Martin and her team who set about sourcing and selecting stocks of the suitable Irish whiskeys.

Having trialled over 100 prototype blends since December 2014, the resulting whiskey is now ready for the market place.

Roe & Co is named in honour of George Roe, the once world-famous whiskey maker who helped build the golden era of Irish whiskey in the 19th century.

His distillery, George Roe and Co extended over 17 acres on Thomas Street in Dublin and was once Ireland's largest distillery.

As neighbours for hundreds of years George Roe and Co and Guinness were the two biggest names at the heart of Dublin’s historic brewing and distilling quarter.

Commenting on the launch of Roe and Co in London, Tanya Clarke, General Manager of Reserve Europe, said: “In crafting Roe & Co we explored the demands of today’s consumers for more premium drinking experiences and the desire of bartenders for an adaptable, flavourful whiskey that works in both traditional and new cocktails.”

Speaking about the launch, the Irish Government’s Minister for Agriculture, Food and the Marine, Michael Creed TD said: “Irish Whiskey is experiencing a renaissance and is truly an Irish success story.

"The Irish whiskey market has a great story to tell and this announcement marks an exciting new chapter in its development.” 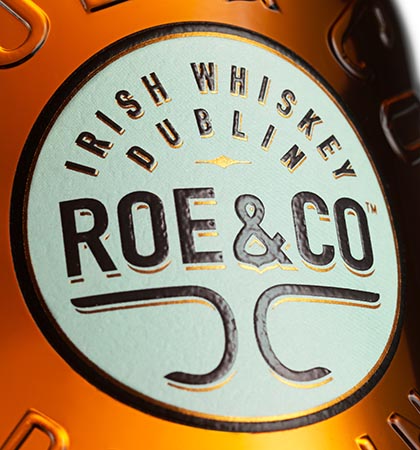