THE Garda whistleblowers at the centre of a Dail enquiry into the alleged widespread termination of penalty points say they are standing over their allegations.

He added that he will seek legal advice in relation to the potential appearance of both men at the PAC on Thursday.

Sources suggested to The Irish Post that Commissioner may seek an injunction to stop the whistleblowers from giving evidence to the PAC.

Retired Garda John Wilson listened as the Dail Public Accounts Committee (PAC) questioned the Garda Commissioner yesterday in relation to evidence he and his colleague presented.

Wilson and serving garda Maurice McCabe, whose identity had not come public until yesterday, claim the evidence they handed over demonstrates a culture where the widespread practice of terminating penalty points prevailed.

Speaking to The Irish Post, John Wilson said: “We stand over our allegations of corrupt practices in relation to penalty points.

"The C&AG (Comprtoller and Auditor General) report conceded that one in every five tickets was not accounted for and this averages out at around 10,000 tickets a year. But now the practice has stopped and this proves that the system was being abused."

“At present I’m digesting the evidence and it would be inappropriate for me to comment any further at the moment as I will more than likely have to give evidence to the PAC on Thursday.”

The commissioner defended the force’s handling of the penalty point controversy and said that nobody has provided any evidence of corruption and malpractice. 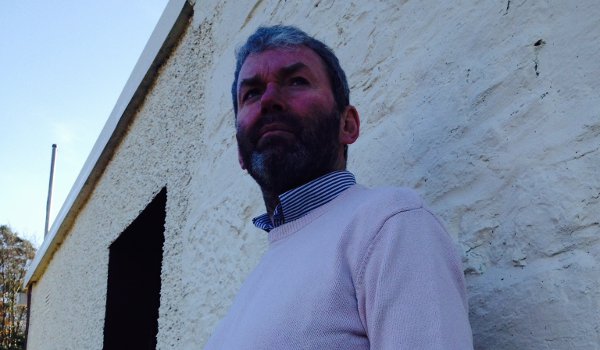 In October, the Office of the Comptroller and Auditor General – which monitors government spending - concluded that internal investigations had underplayed the scale of penalty point terminations within the Gardai.

Previously the whistleblowers brought evidence of their concerns to the Confidential Recipient – an internal conduit for making complaints.

But they say they were left unsatisfied by internal enquiries following a period of inaction and leaked their evidence to an Independent TD.

The commissioner told the PAC that he has not seen the information that was provided to the committee and said the whistleblowers may be “misguided” in reference to the detail they are presenting.

PAC member Derek Nolan asked if it was corruption if a guard cancelled penalty points for a family member.

The commissioner said he does not expect any member of the Gardaí to do favours for their friends.

He said he expects that everybody making those decisions makes them for the right reason and he would expect all of his officers to act fairly.

A member of the PAC has described as “almost disdainful” the attitude of the commissioner during his appearance before the committee yesterday.

Independent TD Shane Ross said he thought it was “extraordinary” that Martin Callinan said the committee was not the platform through which whistleblowers should give information.

Mr Ross said: “He then went on to say that they [whistleblowers] should be dealt with by me, myself - meaning that he was important enough to do it, but not us.”