Why it's time to introduce a TMO to top-level GAA

IN SEPTEMBER, former Monaghan and Meath manager Seamus McEnaney told a story on Radio 1 about Benny Coulter’s hugely controversial goal for Down against Kildare in the 2010 All-Ireland semi-final.

His brother Pat was refereeing the game and McEnaney knew the umpire at the left post. It was clear to everyone in Croke Park that the goal should have been disallowed for a square ball.

So McEnaney immediately rang the umpire – he obviously didn’t answer – to tell him as much.

The decision was crucial in damaging Kildare’s chance of winning a first All-Ireland since 1928 but there is any amount of similar stories. When Padraig Hughes made a wrong call to award Kerry a penalty in this year’s drawn Munster final, it cost Cork the game, and a first win in Killarney in 20 years.

Probably the most controversial and unfair score of modern times – Joe Sheridan’s winning goal for Meath against Louth in the 2010 Leinster final (when will Louth get a better chance to win a Leinster title?) – would also have been rightly disallowed if the referee had access to a Television Match Official (TMO), as they have in rugby.

Martin Sludden, who was assaulted afterwards by Louth supporters, just didn’t have the tools to make that decision.

There has always been a reluctance in the GAA to go down that road but at a recent referees’ seminar, there was widespread approval of the benefits a TMO would bring.

National referees development committee chairman Sean Walsh said last week that the leading GAA referees are in favour of being assisted by the presence of a TMO in games.

Croke Park have always been sceptical of a TMO but the introduction of Hawkeye to big matches in Croke Park may further pave the pathway of an increased technological presence in the officiating of games.

In rugby, not only can referees refer try scoring decisions to the TMO, but the TMO can bring incidents of foul play to the attention of the referee. 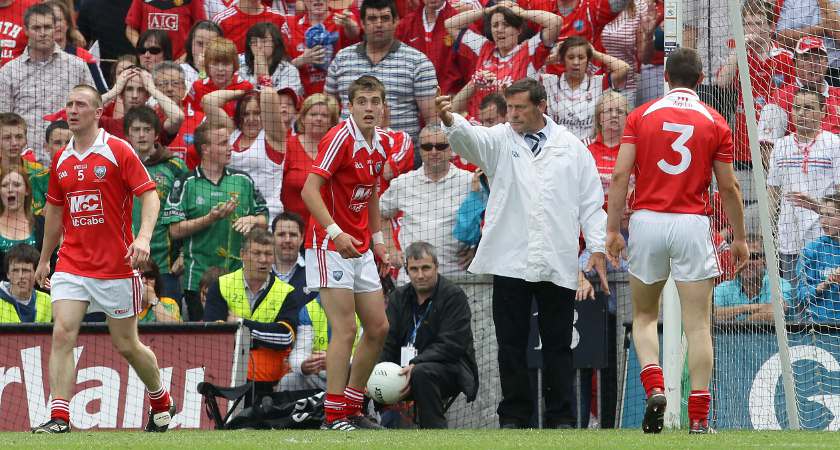 Louth players and fans contest the decision to award Joe Sheridan's goal for Meath [Picture Inpho]
Over the summer, Monaghan’s Conor McManus argued for the introduction of the TMO in the aftermath of the infamous Tiernan McCann incident during the All-Ireland quarter-final against Tyrone when Darren Hughes was harshly sent off.

After Hughes tossed McCann’s hair, he fell to the ground as if he’d been hit with an uppercut from Mike Tyson in his prime.

When Rugby World Cup Final referee, Nigel Owens, was interviewed on 2FM recently he spoke about the possible introduction of a TMO in GAA. “You can’t have a Test rugby match anymore without technology to help you make decisions, especially the big decisions, correctly,” said Owens. “That’s how the game has gone and it’s the same for hurling and Gaelic football. If you want to get the big decisions right, then you may need to introduce technology.”

Rugby, though, is still trying to get the balance right with the TMO. It is sometimes overused, which takes away from the contest itself. The big fear with its potential introduction for GAA – especially with so many gray areas around rules, and the willingness of GAA players to push those boundaries to the limits – is that a TMO could stop the flow of the game.

Michael Curley, former head of the GAA's Referees Committee, said as far back as 2011 that GAA referees were not looking for extra assistance with a TMO. Curley also said that one of the problems with video technology is "where it begins and ends".

However, there has been a TMO in International Rules for the last number of years and there must be a place in the GAA now for the same facility. Too many wrong calls have been made for there not to be, especially with the pace of games now, and with how difficult it is for one referee to see everything.

Maintaining the flow of the game is crucial but ground rules could easily be established; the TMO could only be engaged at the referee's discretion, like in rugby union; the referee could only invoke the TMO around clearly defined areas – a square ball/disputed goal or a penalty call. 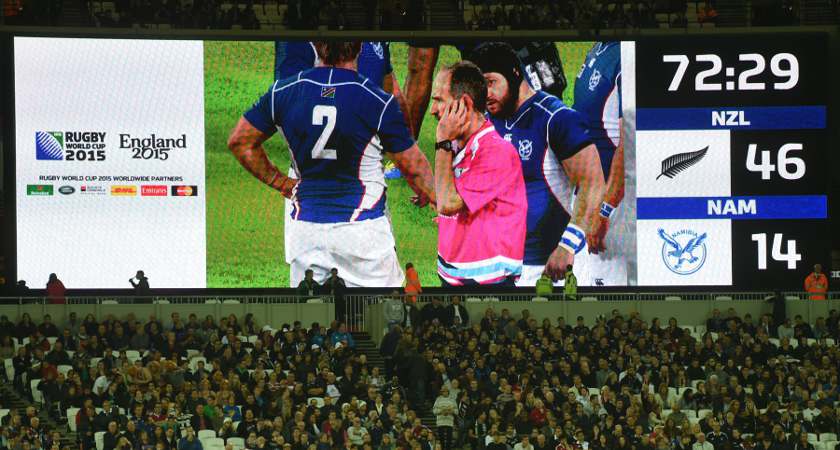 The use of a TMO has brought rugby to a new level [Picture: Inpho]
It doesn’t have to be a ‘Big Brother’ watching over everything either. All of the officials, including the TMO, can initiate the TMO process, but the referee remains the final decision-maker.

In rugby, awarding tries with the help of the TMO isn’t always easy. With a scrum of bodies around, and hands under, the ball, TV footage isn’t always conclusive as to whether it has been properly grounded.

Making big decisions in Gaelic games around controversial goals would be easier to settle on. The TMO would also provide greater transparency because everyone else in the ground could see precisely how the decision was reached.

The players would also find acceptance easier. How often has a team lost its focus for the remainder of a game from carrying the sense of injustice of a wrong call?

Cost would be an obvious issue in any implementation of a TMO system but making the service available for most Championship games would come down to providing three or four cameras at games.

Given the huge economic spin off from Championship games, some of the smaller games could be covered by local TV companies or services, with the GAA’s costs offset by some government funding. Such a move would also create more jobs in local businesses.

Whatever happens, the GAA need to try and alleviate the huge pressure on referees now. They also need to be fairer to players. When Diarmuid Kirwan awarded a controversial penalty to Kilkenny in the 2009 All-Ireland final – the pivotal moment in the game – Tipperary goalkeeper Brendan Cummins ran out to the referee.

“No way,” shouted Cummins. “Look at the big screen. Have a look up.”

Kirwan didn’t because he couldn’t. Yet if a TMO is introduced in GAA – as it should be – any referee won’t need to look at a screen to tell him what the right call should be – someone else will do it for him.